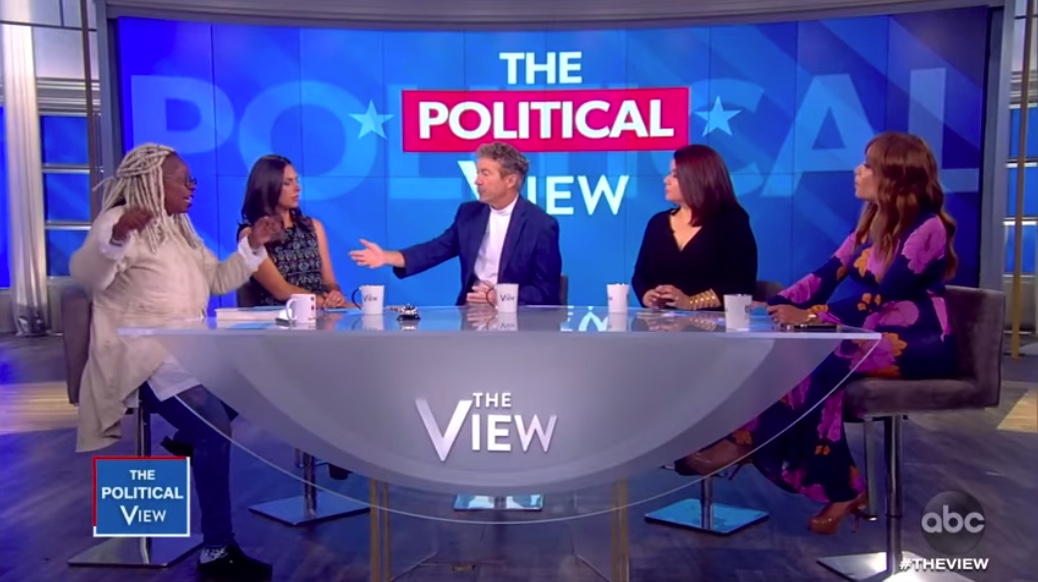 “The View” co-host Ana Navarro said Venezuelan dictator Nicolás Maduro is “not a socialist” during a Friday segment of the show.

Navarro was responding to Kentucky Republican Sen. Rand Paul’s statement, “If you vote for a socialist, you might get socialism,” which earned applause from the audience.

“Maduro is not a socialist,” Navarro interrupted. “He’s a corrupt, murderous thug who is starving his people.”

When Paul said “that’s not true” in response to Navarro’s claim that “Maduro is not a socialist,” Navarro said, “Oh, that’s not true? Maduro’s not a thug and a murderer who’s starving his people?”

“Let’s have a conversation here. [Former Venezuelan President Hugo] Chávez was a socialist, and socialism was the economic system of Venezuela. … They voted for socialism,” Paul responded before Navarro interrupted again saying that was “not socialism.”

Navarro said she could not let Paul finish his sentence if he was “going to say Maduro’s not a murderous thug” before accusing the Kentucky senator of “mansplaining” to a “47-year-old woman.”

Some people reacted angrily to Navarro’s comments on Twitter Friday.

Political commentator Jason Howerton, for example, said Navarro “has no idea that ‘socialist’ and ‘corrupt, murderous thug’ have been synonyms repeatedly throughout history.”

"Maduro is not a socialist. He's a corrupt, murderous thug who is starving his people."

Ironically, @ananavarro has no idea that "socialist" and "corrupt, murderous thug" have been synonyms repeatedly throughout history.pic.twitter.com/e1ZqKrixbo

Ana Navarro making a complete fool of herself, AGAIN, on national television. 👇🏻 https://t.co/g8c1U3tFn1

Venezuela, which is currently in crisis due to a lack of food and supplies, has been governed under socialism since 1999 when Chávez was elected as president and served until his death in 2013. Some socialist policies implemented by Chávez and Maduro, both members of the United Socialist Party, have led to the country’s downfall.

Price controls, for example, were initially put in place in Venezuela to make basic goods more affordable to the poor, but the plan backfired when companies realized that making such products was no longer profitable, the BBC reported.

Nearly 4.5 million Venezuelans left the country in search of food, work and a better life as of Oct. 5, according to data from the United Nations High Commissioner for Refugees.