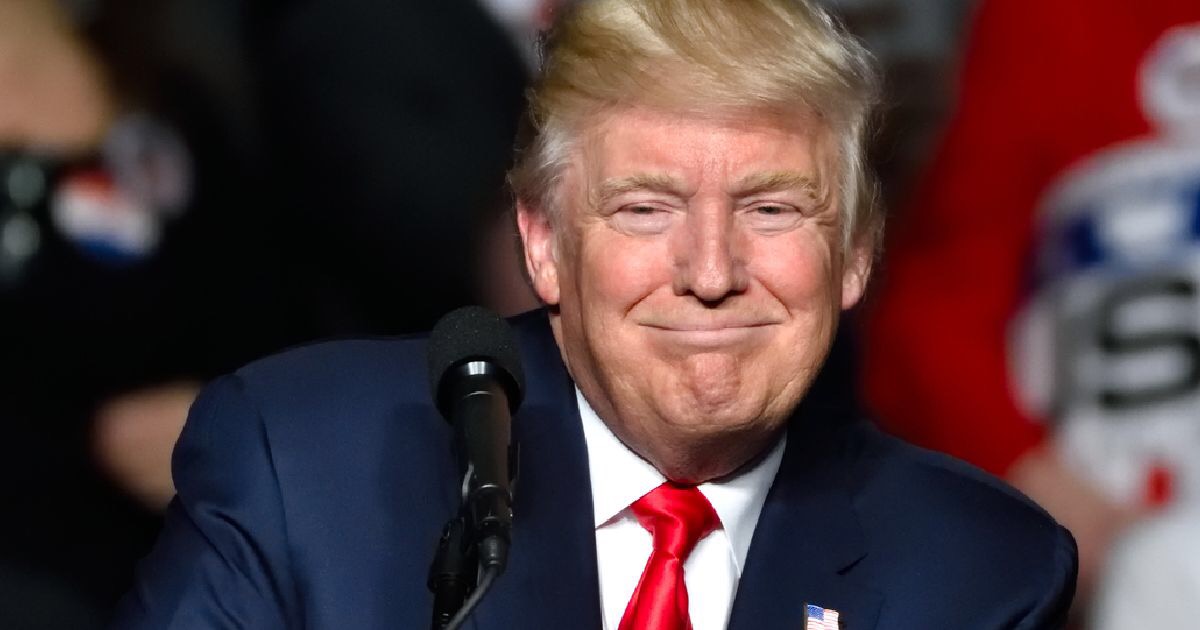 On the surface, this past week has been hectic for the President. Dubious testimony from Michael Cohen, growing opposition to Trump’s move to secure the border, and a peace summit with Kim Jong-Un viciously misrepresented by the mainstream media appear to be all but assuring Democrats victory in 2020.

However, behind all the distractions the Democrats have manufactured, there were three developments last week that have all but assured Trump will defeat them in the 2020 election:

1) The explosiveness of CPAC 2019 proves the Republican base is as unified and energized as ever. A base that, while possibly shrinking, consistently wins elections

2) The Democratic base is already fracturing. Ocasio-Cortez directly attacked the moderate wing of her party by literally ‘making a list’ of moderate democrats to attack in primaries. Pelosi will surely step in, starting a civil war within the House of Representatives.

3) The Democrats have finally gone too far left, both on economic and social issues. This will cost them key swing states. Especially because Trump has delivered on his promise to the Midwest: Jobs.

The first major development was CPAC’s explosive energy. The conference, held each February, has always had a great deal of energy. Even Vox –one of the internet’s most liberal publications – admits that CPAC showed ‘a base still in thrall to Trump.’

This year’s conference was especially crucial for the future of the party. Every division among Republicans, whether it regards serious policy disagreements like the National Emergency declaration or (more often) Trump’s latest unorthodox tweet, has been exploited by the media to paint a picture of a party divided.

CPAC proved all this week a myth. Vice President Mike Pence was met with thunderous applause when he emphasized ‘freedom over socialism’.

In a stunning speech at CPAC, President Trump spoke time and time again of his opposition to socialism and late term abortions, both of which have kept the Republican party together these past two years.

And that’s the key to it all. The vast majority of Republicans who disagree with President Trump only do so when they think he’s not being conservative enough. When Trump’s ideological opponents within the party have to choose between him and a full-blown socialist, their choice is obvious.

Even now, President Trump has an approval rating of 89% among Republicans and 44% overall. During Obama’s third year, he was only three percentage points higher and yet easily defeated Mitt Romney, despite Republican gains in the house during the midterms.

While the Republican party is coming together, the Democratic party is quickly falling apart. And it’s due to none other than their biggest celebrity: Alexandria Ocasio-Cortez.

After two dozen moderate Democrats voted alongside Republicans, she threatened to ‘put them on a list’ of people to primary in 2020. Their crime? Voting yes on a bill to inform ICE when illegal immigrants try to buy guns.

The fact that such a moderate proposal has led to this kind of backlash shows that the Democratic party is quickly falling apart. With AOC threatening to primary moderates during an election year, Nancy Pelosi’s patience with the freshman will end pretty soon.

The Democratic party has had its rifts before. When the public learned how the DNC rigged the primary against Bernie, the party’s left wing was quick to attack.

When Jake Tapper directly asked Warren whether or not the primary was rigged in Hillary’s favor, she gave an equally direct answer: “Yes.”

Earlier this month, a major rift also developed over PayGo, a rules package that says the government has to do the unthinkable: actually pay for its policy proposals.

Knowing there’s no way to pay for a plan that costs 93 trillion dollars, AOC and her fellow progressives strongly fought against the plan.

But her recent attack against other party members will lead to her being ostracized. If she really tries to raise money to primary her fellow liberals, she shouldn’t be surprised if they do the same thing back. That means her time in office may be coming to an end sooner than expected.

Despite this, their hatred of Donald Trump has kept the Democratic Party united against a common enemy. So far.

But when their crowded primary inevitably becomes messy, all pretense of unity will likely fall apart. At the end of the day, the left has an ideological reckoning with Socialism.

On one hand, it energizes millenial liberals better than anything else. On the other hand, key voting demographics hate Socialism; such as voters in swing states

Democrats ultimately learned the wrong lesson from 2016. After moderate Hillary Clinton lost to populist Donald Trump, many on the left were convinced that being moderate was her main flaw.

They were convinced that becoming more extreme on economic issues would make them win more elections, and the Blue Wave of 2018 seemed to justify their position.

What they failed to understand was that most of the newly elected representatives weren’t socialists. Conor Lamb, who pulled off a stunning victory in PA Trump country, was extremely moderate. Not a socialist.

Only in historically blue districts, like Ocasio Cortez’s district in New York, has socialism become more popular. And the push further left on social issues won’t help the Democrats either. Their recent support for late-term abortion is only supported by around ten percent of Americans. Ten. Percent.

Combined with the fact that they will likely have to spend millions of dollars just to maintain their lead in Virginia (due to Northam and Fairfax), this paints a picture of a Democratic Party destined to lose the electoral college again in 2020.

At the end of the day – behind all the smoke and mirrors – Trump delivered on his promise to the Midwest. With unemployment at its lowest level since the 1960s and manufacturing jobs coming back, Midwesterners won’t be eager to jump ship and abandon Capitalism.

Thats why, if nothing else changes, Trump will win big in the electoral college in 2020.

But that’s a big IF.