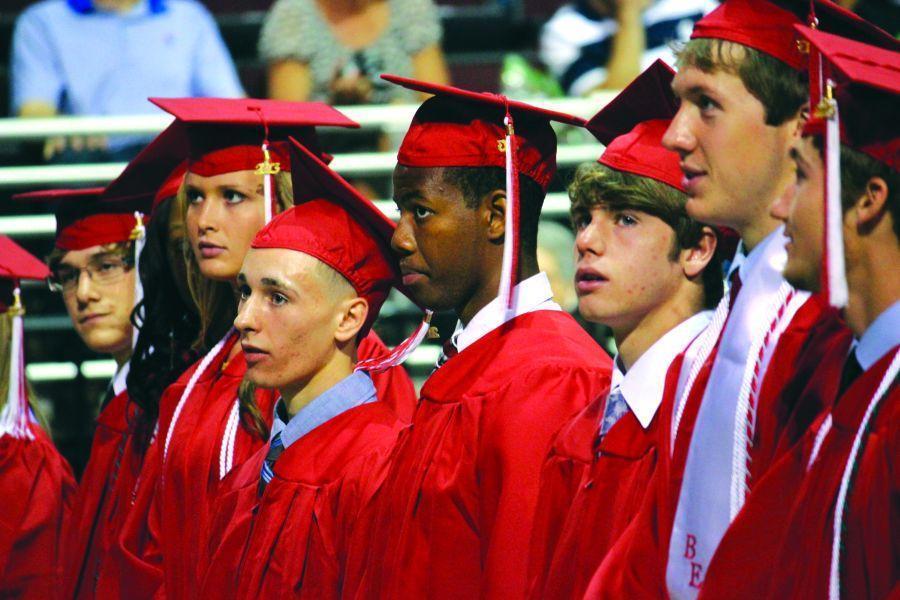 More than half of American high school graduates will be unprepared for college when they get their diplomas, according to newly-released federal standardized test data.

Reading ability among high school seniors has been stagnant while math scores have declined, according to new data derived from the National Assessment of Educational Progress (NAEP). NAEP is a standardized test administered every two years to representative samples of students from around the country. The test, which is given to 4th, 8th, and 12th graders, is used to estimate academic progress in each state over time.

NAEP is often regarded as the best measure of overall academic progress in each of the 50 states, since it has remained relatively constant over time, is the same in all 50 states, and isn’t attached to teacher accountability (giving them no incentive to cheat or teach to the test). The test is also relatively challenging, and proficiency on the high school test is often regarded as a good proxy for college readiness.

NAEP released the results for the 2015 high school test Wednesday, and it paints a grim picture for U.S. college readiness. In 2013, U.S. high schoolers averaged 153 points out of 300 on the math test. In 2015, the average dropped to 152 points. In reading, the average dropped from 288 to 287 on the 500-point test, though researchers say that drop is statistically insignificant.

The small drop in scores was coupled with a drop in proficiency. In 2013, 39 percent of students were judged proficient in math and 38 percent were proficient in reading; in 2015 proficiency was 37 percent in both subjects. Since over 80 percent of U.S. students graduate high school, that suggests over half of high school seniors are unprepared for college-level work after receiving their diplomas. That’s bad news, as unprepared college students are frequently forced to take remedial coursework and ultimately have a much lower college graduation rate.

The sagging high school scores mirror a trend seen in the 4th and 8th grade NAEP tests, which had their results released last year and also showed falling math scores. (RELATED: States Are At Least Getting More Honest With Parents About Bad Test Scores)

The tests also suggest widening gaps in U.S. education. Students in the top percentiles scored slightly better than before, but students in the lowest percentiles dropped off by the largest amounts. Overall, there was a substantial growth in the number of students testing at “below basic,” the lowest of NAEP’s four scoring tiers.

The dropping scores are unwelcome news for advocates of Common Core, which was intended to enhance college readiness in part by trying to closely align math and English standards with NAEP. So far, at least, that hasn’t happened.

But Common Core is hardly the only possible culprit. One potential factor is demographic change. Each U.S. racial group performed very similarly to how it did in 2013, but in the two years since the last test the student population has become more Hispanic and less white, tilting demographics slightly towards lower scores. Others have pointed fingers at state-level policies, the economy, overtesting, or any other number of possible factors.