President Barack Obama’s gaffe last night during his State of the Union address when referencing Russia has gone largely unnoticed by listeners and pundits alike.

“Even as their economy contracts, Russia is pouring resources to prop up Ukraine and Syria – states they see slipping away from their orbit,” said Obama.

There’s a key discrepancy here: While Russia has been “pouring resources” into the conflict, it certainly has not been to “prop up” Ukrainian government, it has instead gone to those who seek to bring it down.

When was the last time there was a SOTU gaffe like this? Ever? https://t.co/nYPN4ivOc7

Russia made headlines across the world starting in 2014 when Russian forces where seen marching in to Ukrainian territory. By March 2014, Russia officiallyannexed Crimea. Conflict between Russian-backed separatists and the Ukrainian government have been ongoing ever since.

Given Obama’s heavy emphasis on what he believes are his foreign policy successes and the continuing challenges terrorism poses, it was easy for most casual listeners to miss the blunder. Casey Michel, a writer who covers post-Soviet affairs, took to twitter the morning after the address, curious to find out if he was the only one to notice the mistake. 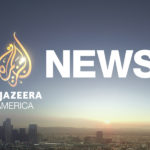 Al Jazeera America Gives Up, Will Shut Down 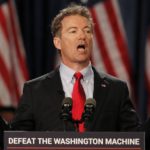