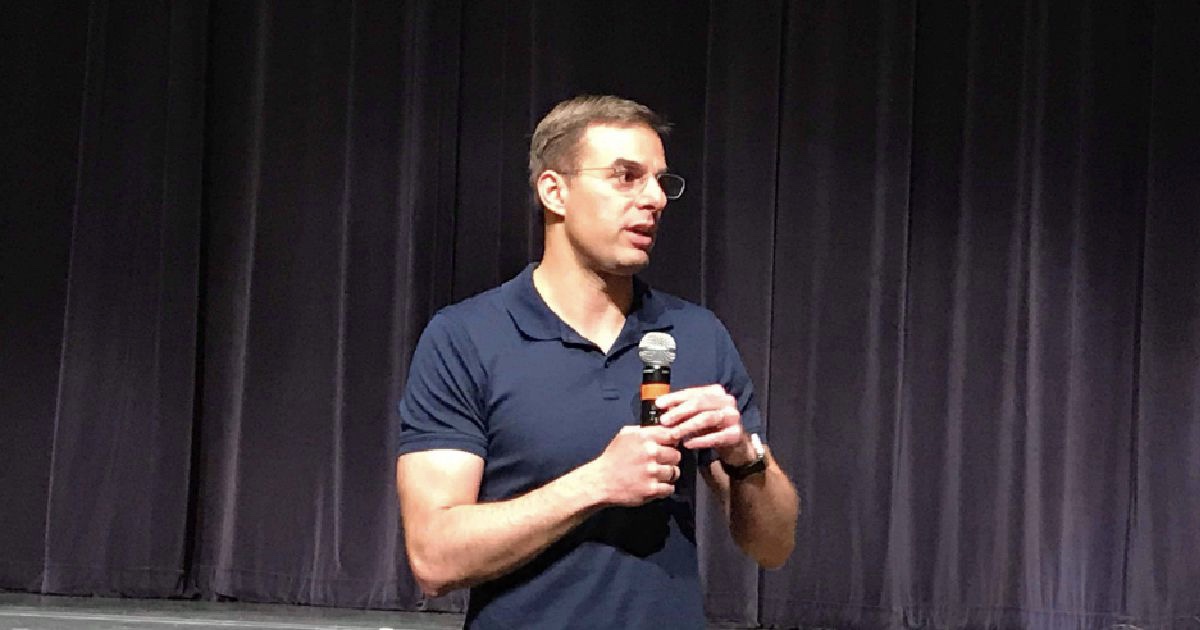 Livestreams are great, but nothing compares to watching one of your favorite Congressmen speak in person in your own home state.  That’s why I decided to take a 2-hour road trip to Grand Rapids to attend Justin Amash’s town hall at Grand Rapids Christian High School on May 28th.

I must admit, I was a bit nervous going to the town hall alone. From the social media comments I read before my drive, I was bracing myself to face hecklers and angry Trump supporters there. I was even second-guessing whether I should wear my “Justin Amash for Congress” t-shirt for fear I would be attacked by the crowd.  I decided it was time to push through my fears and stand confident and proud in the name of liberty!

I arrived over 30 minutes early to make sure I could get a seat. The line of people waiting outside began wrapping around the building. There were cameras and reporters walking around the premises. I was surprised there wasn’t a security checkpoint at the door of the auditorium, since I am so used to living in a police state. An elderly man behind me in line started asking me about what brought me to the town hall. I was so thankful to find a welcoming person in that line, and we chatted until we ended up sitting together in the 5th row of the auditorium. I swear, I had the best seat I could’ve ever asked for!

The crowd seemed very down-to-earth and mostly supportive of Amash. Some fellow libertarians heard me talking about how much I love Ron Paul, and they immediately started connecting with me. I even got to meet a few Twitter friends in person for the first time, including @morganisawizard. I felt so comfortable among my new liberty friends! 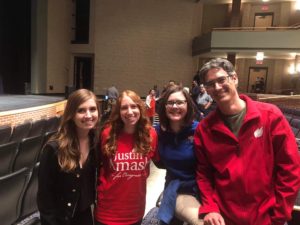 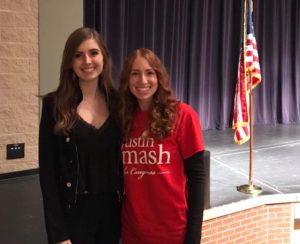 When Justin Amash came out into the crowd, I immediately noticed how calm he was. He didn’t seem to have a nervous bone in his body. He shook the hands of as many people as he could, and even posed for selfies. He was one of US. 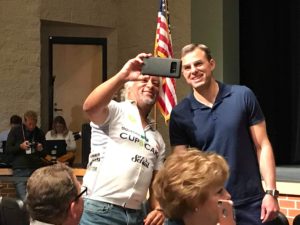 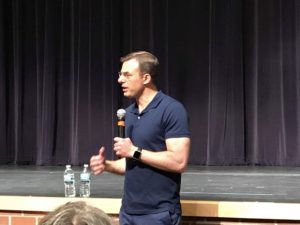 He opened up the conversation with the elephant in the room – The Mueller Report. I had my phone camera, pen, and paper ready to go so I could take notes and document as much of the town hall as I could.  I was completely in awe listening to Amash discuss the Constitution and what our founding fathers intended. To gain the amount of knowledge that Amash has would take years and years of studying and practice.  Most Americans have not read the Mueller Report, and they haven’t studied the Constitution in depth like Amash. I feel their lack of understanding is making them angry at this principled, honest man.

Amash called on Trump supporters in the audience who were wearing MAGA gear. Even when people started yelling and interrogating Amash, he remained respectful and asked those in the crowd to do the same. I have never before seen a politician be so caring and considerate to others.  Amash wanted to answer as many questions as he could. When the town hall was supposed to be over, I could tell that Amash felt bad that there were so many people with their hands still raised. So, he kept calling on more and more people to allow them to speak. The event was supposed to only be an hour, and it ended up being 2 hours.  I loved every minute of it! 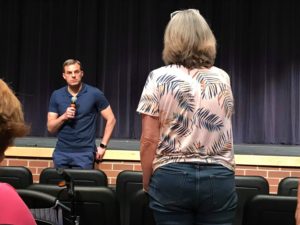 Anyone who knows me, knows that I LOVE quotes. Amash’s words inspired me greatly, and even made me feel emotional at times. He said, “If there’s one thing that I pray and hope for our country, it’s that we’ll love each other and care about each other regardless of our backgrounds and differences. Because this kind of division is dangerous and it destroys liberty. I’m a big believer in liberty and the Constitution. I think nobody cares about liberty in Congress more than I do.”

I can wholeheartedly say that I was in the presence of a true Statesman.

Be sure to check out the next Sundays With Steffi for the video of my thoughts about the Amash town hall as I drove home! 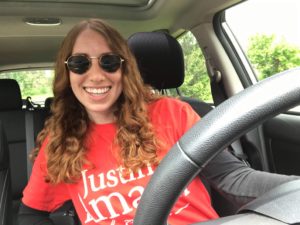