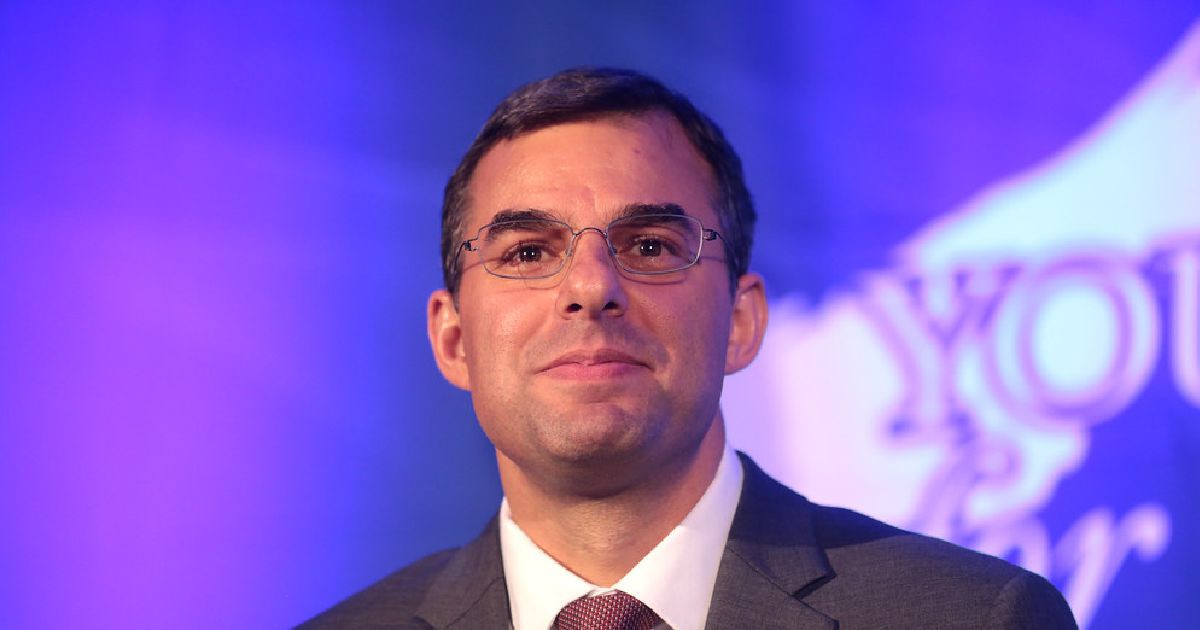 Over the summer, Michigan Representative Justin Amash proved that he knew how to get the attention of the national media.

First, he announced that he supported impeaching President Donald Trump over the findings of the Mueller Report. That dominated headlines for quite a while, especially since Amash was a Republican at the time. It was such a big story that CNN even televised Amash’s first town hall with constituents after coming out in support of impeachment.

That was in May. By July, the daily headlines about Amash had more or less subsided. But on July 4th, Amash thrust himself back into the national spotlight yet again by declaring his independence from the Republican party and registering as an independent.

Many thought it was a precursor to Amash announcing he’d run for president with the Libertarian party, but here we are at the end of September and no announcement has been made.

There was speculation within Libertarian party circles that Amash might seek to make such an announcement on September 17, seeing as that marked Constitution Day and Amash frequently brings up the Constitution in defending his positions (a rare thing to see these days). Yet, Constitution Day came and went with no announcement from Amash.

The last we heard from Amash about his electoral future was that he’s still trying to figure out what will be the best way for him to spread his message and advance the liberty movement. But Amash is starting to run out of time.

While he can technically wait all the way up until the start of the 2020 Libertarian national convention beginning on May 21 next year, the longer he waits to announce, the longer he risks angering party members who will ultimately decide the nomination at the convention.

That’s not to say he couldn’t still win the nomination, but there are other big names, such as former senator and governor Lincoln Chafee, who are weighing bids with the Libertarian party as well. If Amash were to announce his candidacy, then Chafee and others would probably be persuaded not to run given the high amount of national media Amash already commands.

Furthermore, Amash is already at the same starting point Gary Johnson was at the 2016 Libertarian convention, according to a GQR Research poll conducted earlier in September. In three different three-way matchups featuring Joe Biden, Elizabeth Warren, and Bernie Sanders as the potential Democratic nominees, Amash polled between 4 and 5% as the Libertarian nominee.

Considering Amash hasn’t even announced yet, let alone done any actual campaigning, that’s pretty good. Johnson was hovering around that realm as he received the party’s nomination, and went on to set party records with his final vote totals. With his command of the national media spotlight, Amash would stand at least as good a chance as Johnson did at the start of his campaign.

But the clock is ticking for the libertarian-leaning congressman to make up his mind. He recently offered, though perhaps tongue-in-cheek, to serve as the Speaker of the House if Nancy Pelosi is not willing to pursue impeachment inquiries. However, that seems unlikely, to say the least.

Congress doesn’t need this legislation to hold a president accountable, and it’s not even good policy to allow a sitting president to be indicted. Moreover, the Constitution already provides a remedy: It’s called impeachment. I’m available to serve as speaker if I can be of help. https://t.co/OIAT6XQUeh

It’s respectable that Amash is giving serious consideration to a decision that is made seemingly on a whim by many Republicans and Democrats these days, but reality has to set in at some point. Amash can’t keep taking his time on this. He needs to make a decision soon or others will make it for him.