The governors of Ohio and Illinois announced Sunday that they will sign orders closing all bars and restaurants in their states to curb the spread of coronavirus.

Ohio Gov. Mike DeWine announced that his order will close all bars and restaurants in the state indefinitely starting at 9 p.m. Sunday. Establishments will still be able to provide carry-out and delivery service to their customers, DeWine said.

“What we can’t have is people congregating and seated,” he said.

Establishments can stay open for carry-out and delivery. What we can't have is people congregating and seated. #COVID19 #COVID19OhioReady pic.twitter.com/3EaBWeeMdr

“I’m aware that this will impact many, many good workers,” DeWine, a Republican, tweeted. “Every day we delay, more people will die.”

Illinois Gov. J.B. Pritzker, a Democrat, announced on Sunday that he will also be signing an order closing all bars and restaurants to dine-in customers in his state starting at the close of business Monday.

However, unlike DeWine’s, Pritzker’s order is set to expire on March 30.

“The time for persuasion and public appeals is over,” Pritzker said. “The time for action is here. This is not a joke. No one is immune to this, and you have an obligation to act in the best interests of all people of this state.”

Both Ohio and Illinois are scheduled to hold presidential primary elections Tuesday. The top election officials in both states joined officials from Arizona and Florida, which also vote Tuesday, saying voters can “safely and securely” cast ballots since polling locations don’t produce the same level of exposure as other types of mass gatherings.

Pritzker said Sunday when announcing his restaurant closure order that he will not postpone Tuesday’s primary, saying “democracy must continue.”

“If we delayed the election, it is unclear when we might be able to hold another one,” Pritzker said.

The restaurant and bar closures in Ohio and Illinois follow the closures of schools in at least 20 states due to coronavirus.

Ohio may keep its schools closed for the remainder of the year, DeWine said on CNN’s “State of the Union” on Sunday.

“I have learned about talking to the experts, it’s not just one thing, [we] have to do a lot of different things and do them early,” the Ohio governor said. “And that’s what we’re trying to do in Ohio.” 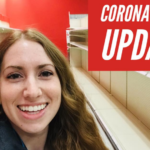 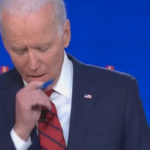