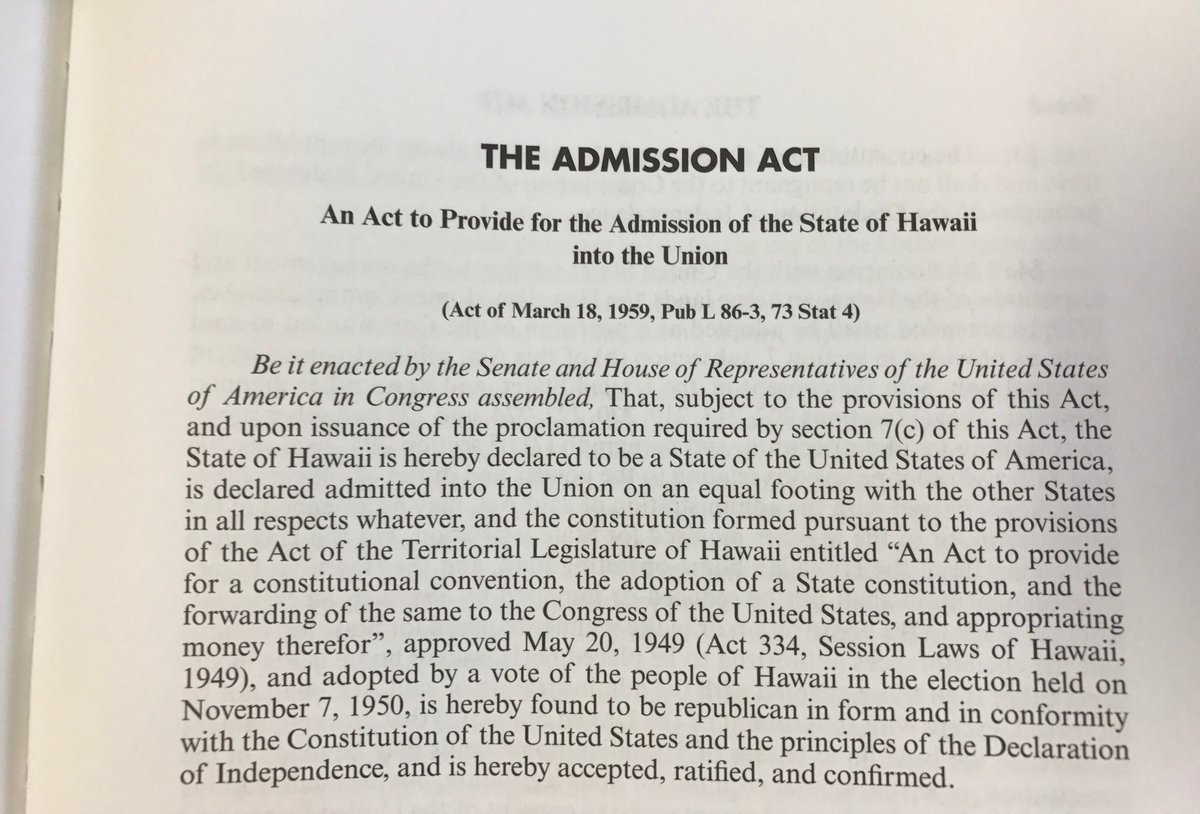 Attorney General Jeff Sessions is learning a lot about Hawaii after he referred to the 50th state as “an island in the Pacific,” reported KDVR.

“I really am amazed that a judge sitting on an island in the Pacific can issue an order that stops the President of the United States from what appears to be clearly his statutory and constitutional power,” Sessions said.

Hawaii, and its representatives, did not take kindly to Sessions belittlement.

The state’s attorney general’s office responded by simply tweeting a photo of The Admission Act, which recognized Hawaii as a state in 1959, explained KDVR.

The Senators representing the “Aloha State,” also got into the mix.

Sen. Brian Schatz offered a geography lesson and urged Sessions to “have some respect for his home.”

“State of Hawaii has many islands, not one island. We have around 1.5 m people. Island of Hawaii has 186,000 people. Please use the google,” he tweeted.

State of Hawaii has many islands, not one island. We have around 1.5 m people. Island of Hawaii has 186,000 people. Please use the google. https://t.co/aoZewx7jzT

Sen. Mazie Hirono tweeted that the comments were “ignorant and dangerous” and reminded him that Hawaii “has been the 50th state for going on 58 years.”

She also reminded Sessions that he had voted to confirm the judge in question, U.S. District Court Judge Derrick Watson, when he was a senator.

Even the Encyclopedia Britannica also jumped in with some fact-checking help, reported KDVR.

#Fact: The U.S. state of Hawaii joined the Union in 1959. https://t.co/4YvaSfYpPQ pic.twitter.com/nPmkcjXCNi

History buffs were quick to point out that Hawaii was the site of the Pearl Harbor attack, which drew the United States into World War II, KDVR also explained.

Just an #IslandinthePacific where ALL OF US – red and blue – stop to remember what we fought and died for. #PriceofFreedom pic.twitter.com/RiXGqP35iU

Sessions said he wasn’t criticizing the state; he just doesn’t think a single judge should be able to block the president, according to KDVR.

“I think it’s a fabulous place, I have a granddaughter born there,” Sessions said.

Researchers: One Diet Soda a Day Can ‘TRIPLE the Risk of a Deadly Stroke’ and Dementia