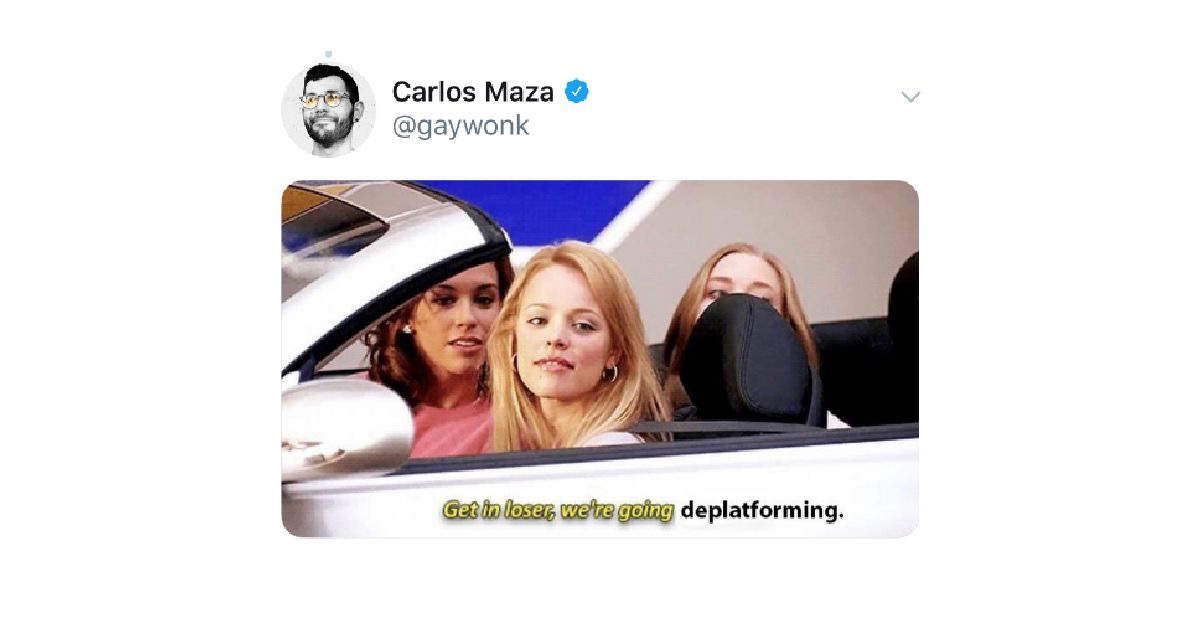 “Be gay
do socialism
& deplatform the bigots.”

Carlos Maza tweeted to his followers on Saturday in what appears to be a strong statement that the Vox reporter, who played a significant role in YouTube’s decision to demonetize conservative comedian/commentator Steven Crowder’s channel, has not finished his crusade to deplatform voices that would dissent from his Marxist point of view.

Be gay 🌈
do socialism 💪🏼
& deplatform the bigots. 🤫 pic.twitter.com/ngs4UQrNit

However, many in Mr. Maza’s Twitter feed put his authoritarian declaration of war on freedom of speech to bed in a rather amusing fashion.

I was born in the Soviet Union (a socialist state) and I am gay. So my response would be: Thanks but no thanks – socialism is a nice idea but it does not actually work. pic.twitter.com/NQCnakMzSa

Fully agreed! 🇪🇺🇺🇸🇨🇦 left lives in their virtual bubble, and in their wildest dreams cannot imagine the sheer cruelty of the USSR “socialism” 🤦‍♀️

Except for the socialism.

That's like hating all people because you were mistreated by one.

In the big numbers, democracy and capitalism are better than socialism. Historical fact.

Maza seems to have a dictatorial streak

I have a feeling he's very used to getting his way around the Vox office but when things like this happened, he didn't know how to response other than trying to shift the blame on everyone else. He is no victim.

Shame. We just had a sermon this weekend on discipline and being an adult, from Proverbs. Basically, the line between child and adult is self-discipline, and restraint and discipline lead to true freedom

1) I'm very happy thanks!
2) Don't believe in a system that starves and kills there people, neither should you or anyone!
3) I also strongly believe in free speech, even if the things people say are questionable. That happens you can always make a rebuttal video.

You can scroll the feed all day long and find many more comments in favor of free speech and free markets rather than affirming Maza’s Marxist doctrine. Which I must say, is quite encouraging in a day and age in which authoritarians on both the left and right want to silence “the other side.”

What worries me most is the short memories of the formerly deplatformed, now campaigning to deplatform others

It is also quite interesting that Mr. Maza would advocate for living a homosexual lifestyle while simultaneously advocating for a socialist economic system when it is no secret that socialist governments have actively persecuted gay people. In fact, according to the Soviet Union’s criminal code of 1934, homosexuality was punishable by deprivation of personal liberty for a term of anywhere from five to eight years. The Nazi Party (who, need I remind my readers, were National Socialists) actively put homosexuals in concentration camps where they were marked by pink triangles they were forced to wear. To put it simply, it is oxymoronic to advocate for a homosexual lifestyle or any other social liberty while simultaneously advocating for socialism. Economic liberty is personal liberty, my friends; it’s impossible to have one without the other. As Austin Petersen says, “as a libertarian, I want to live in a world where gay married couples can defend their marijuana fields with fully automatic assault rifles.”

I find it encouraging that, in a time where we are dealing with so many individuals trying to suppress freedom of speech and freedom of expression,  the majority of  American people don’t seem to be buying the snake oil.

American Tyranny Is Real: The War on Liberty Gets Personal

Gun Rights Made All the Difference for These Intended Victims