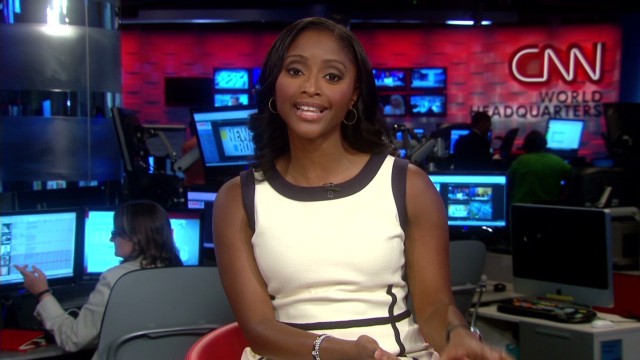 Americans care about Africa again. The last time we did was because of Kony 2012. The time before that was after Mufasa died in Disney’s The Lion King.

President Donald Trump calling Haiti and African countries shitholes, if true, is beneath the office he holds. Many Libertarians are in the process of trying to hold Libertarian Party Vice Chair Arvin Vohra accountable for terrible messaging regarding the age of consent. Speech has consequences.

Vice News ran a video called Africans in the U.S. blast Trump’s shithole comment. The site states that these are immigrants from Africa who are now living in the United States. The opinions stated can really only be taken at face value, as there is no background information about these people in the video. Of course, how assimilated they may be doesn’t detract from their outrage. They are welcome to it. There does however seem to be a very polar opposite reaction from Africans who are living in Africa, so a disconnect does exist somewhere. 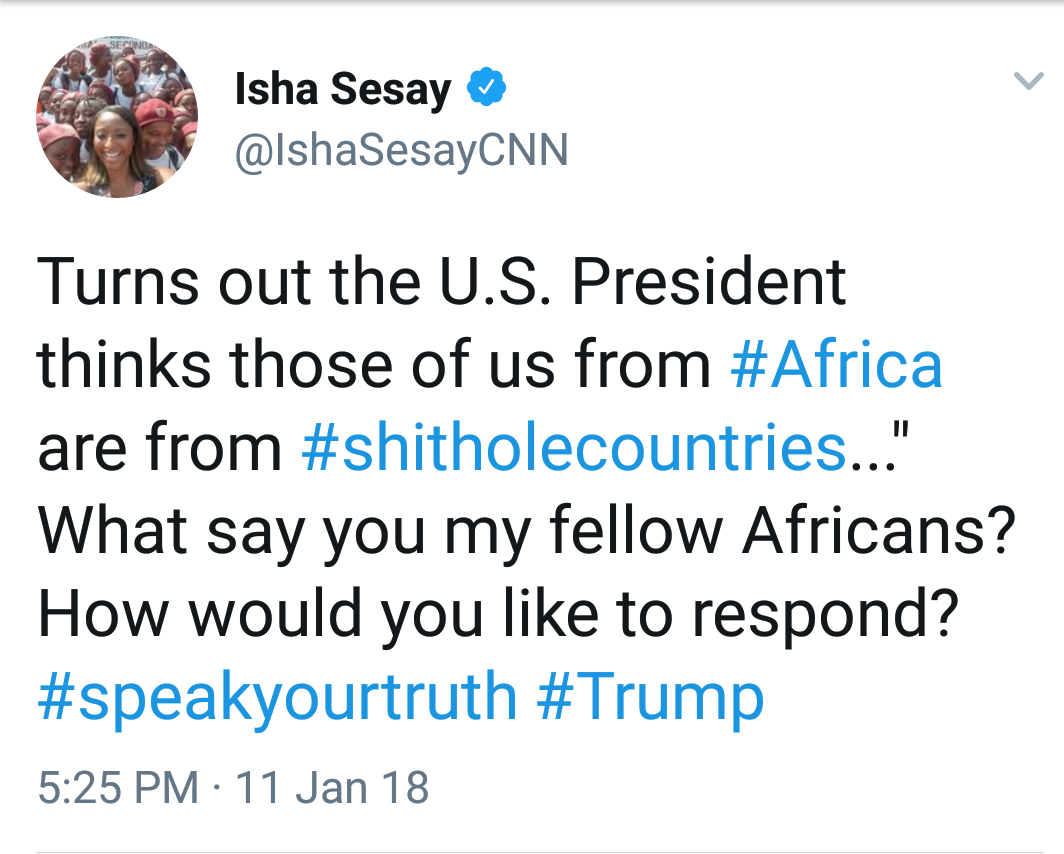 CNN anchor and correspondent Isha Sesay took to Twitter to ask Africans on social media what they thought about Donald Trump’s remarks. Their answers not only astounded me, but they shattered me.

The below Twitter replies are not deceptively cherry picked. I just went down the line taking screenshots for as long as I could handle it. 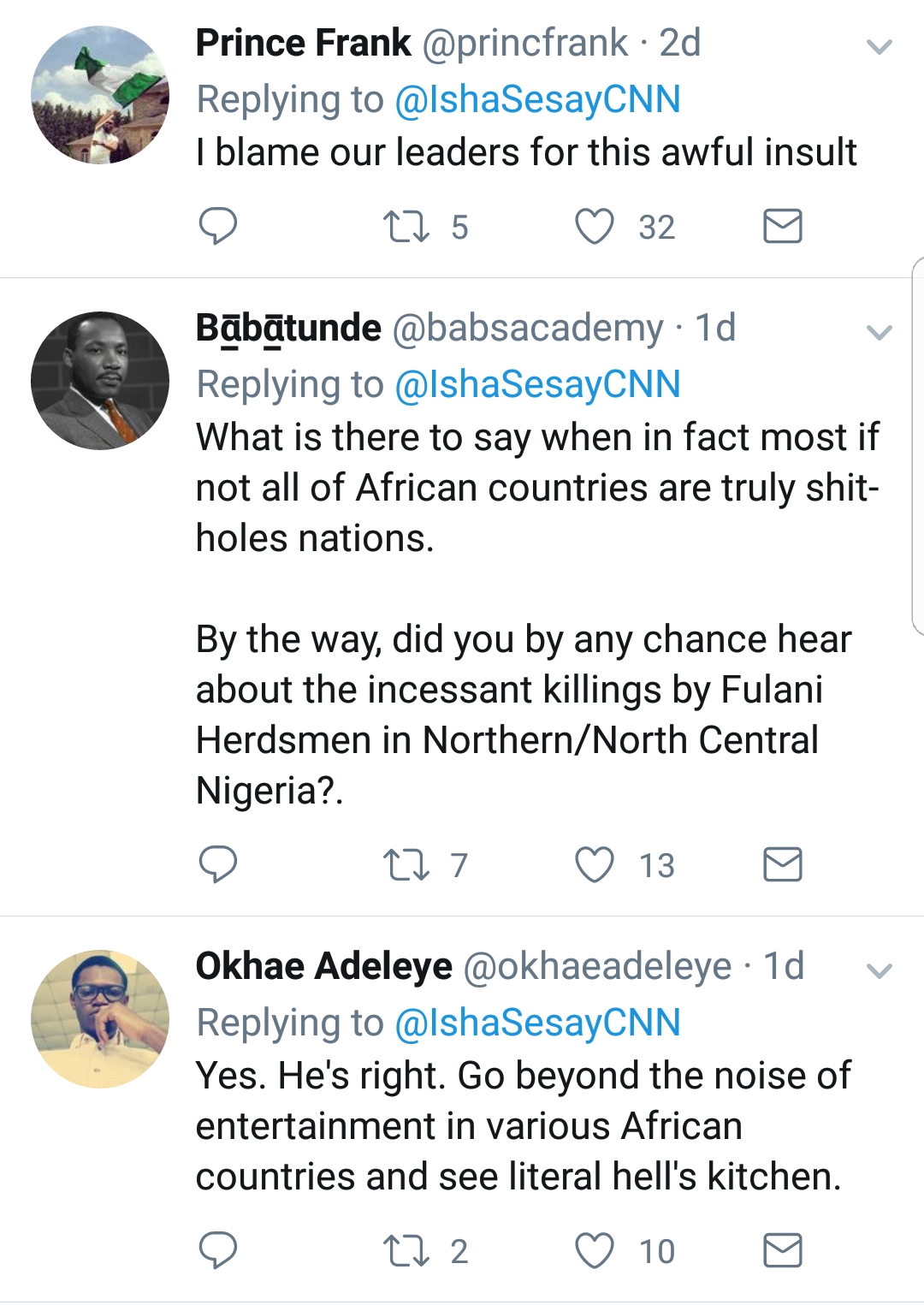 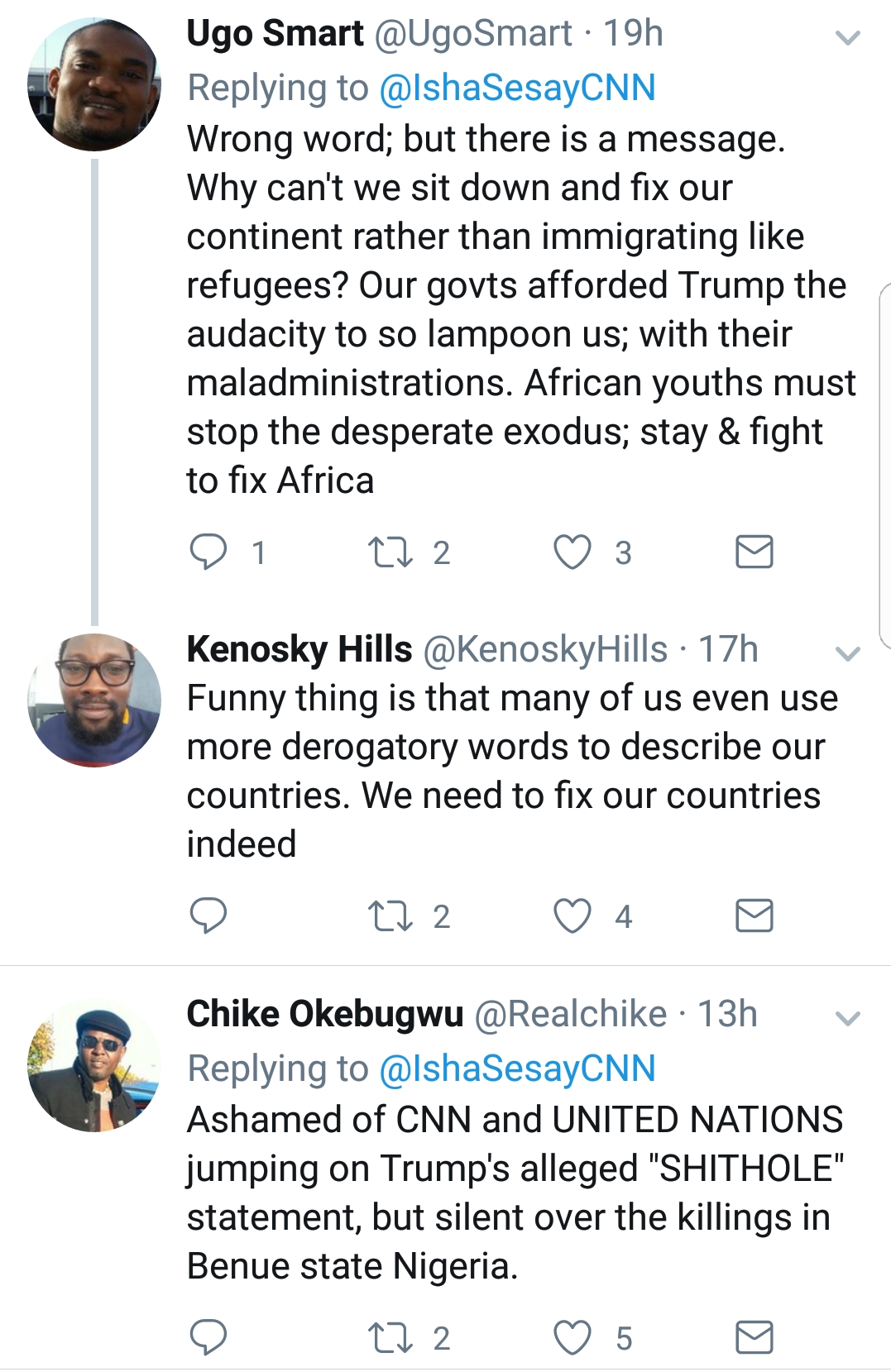 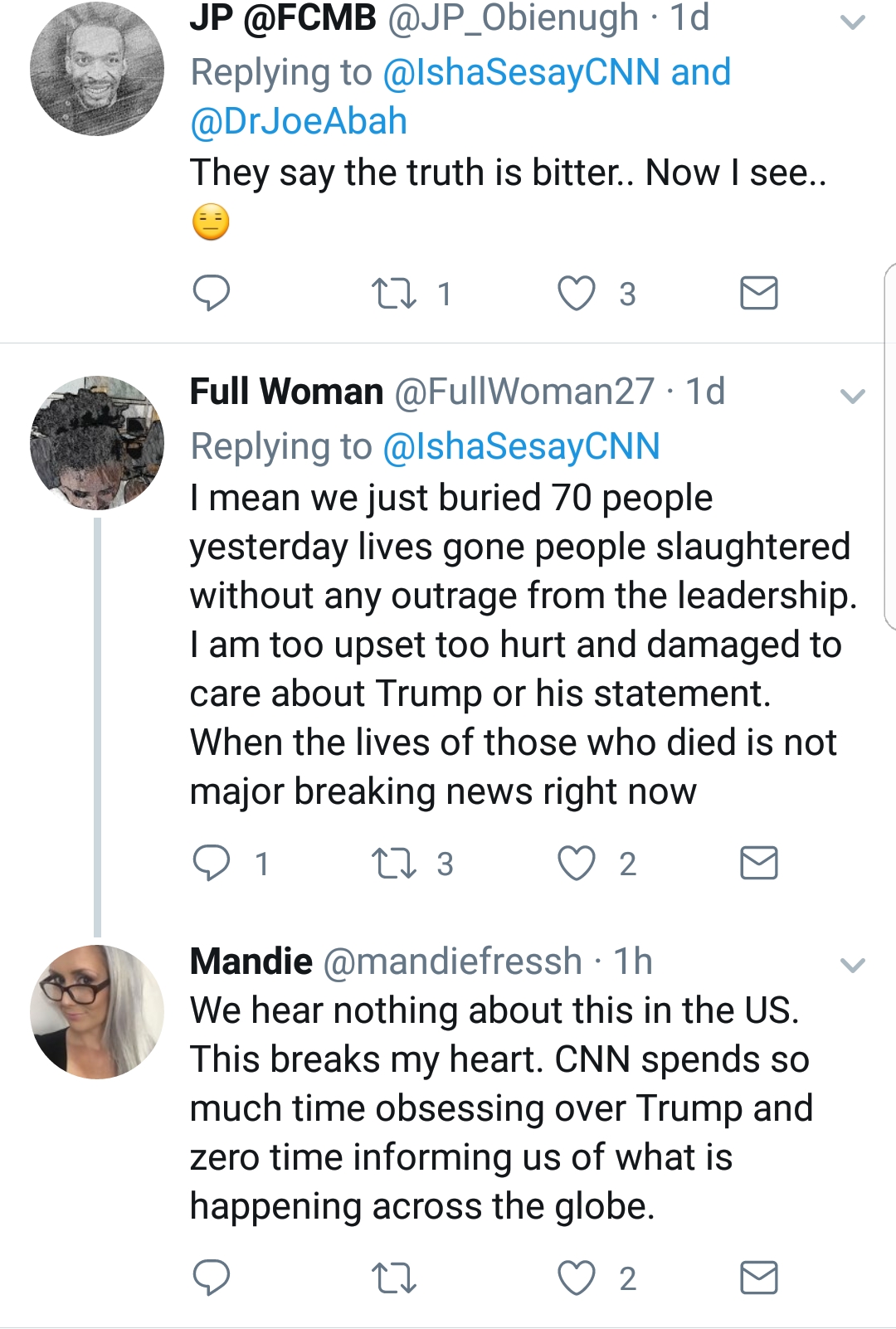 Now we’re going to stop right here for a moment. In the above screenshots, you have now seen 3 Tweets that referenced a massacre in Benue in the North Central belt of Nigeria. This massacre left over 70 people dead. Unless something significant changes while this article awaits publishing, this is likely the first you’ve heard of it. The rest of the world, including the American media is silent on it. 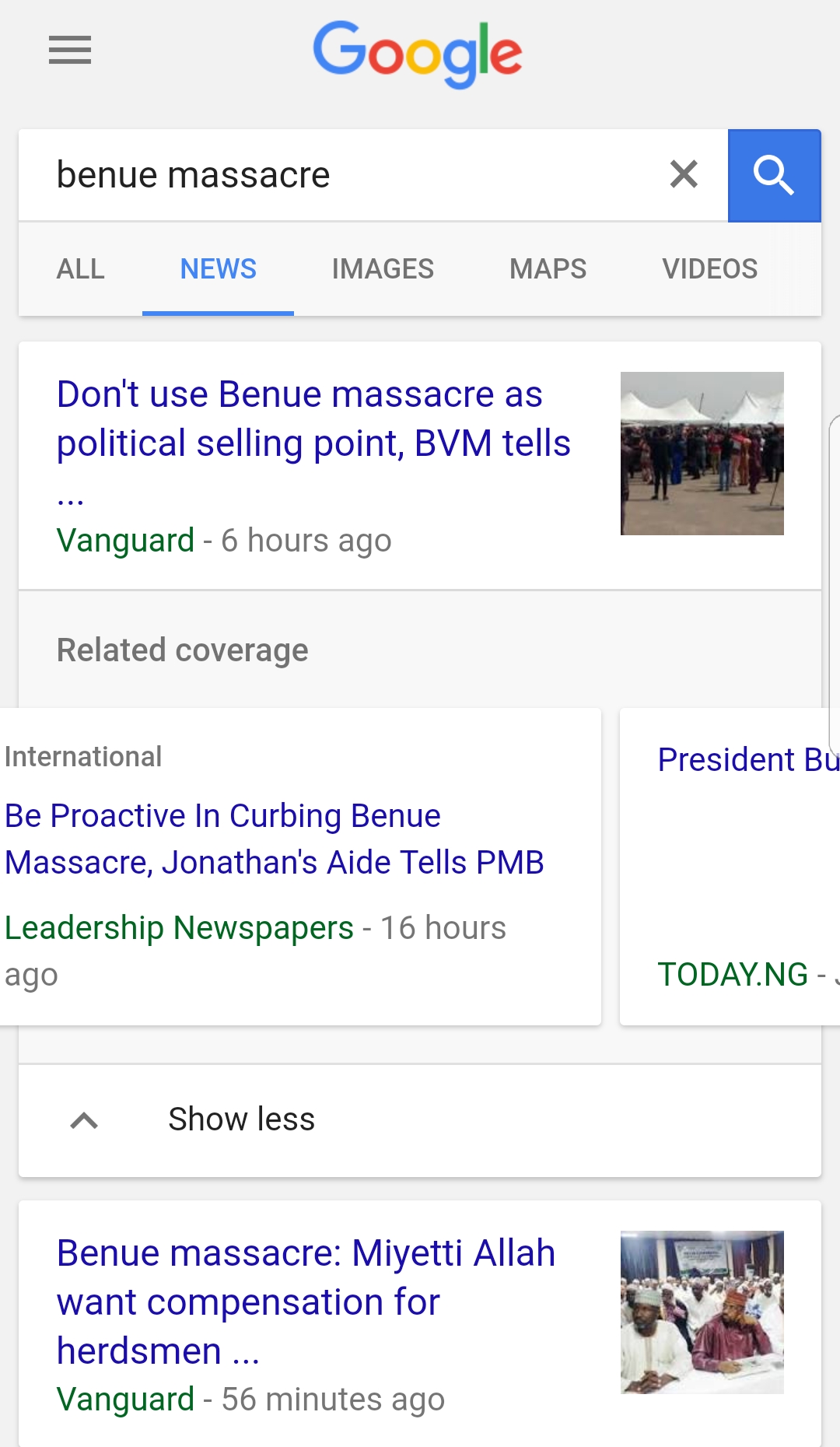 When searching for the Benue massacre, you will see articles from Nigerian sources like Vanguard NGR, or Today.NG reporting. You probably aren’t seeing this being covered. This nearly eliminates the possibility that these people responding are bots or trolls. They also aren’t interested in our moral outrage over the word shithole after burying 70 people.

Continue reading more general responses below. As you’ll see, their anger over this situation isn’t directed at our government, but rather their own. 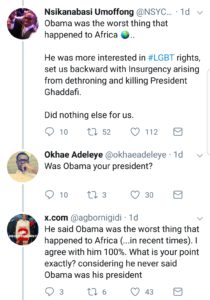 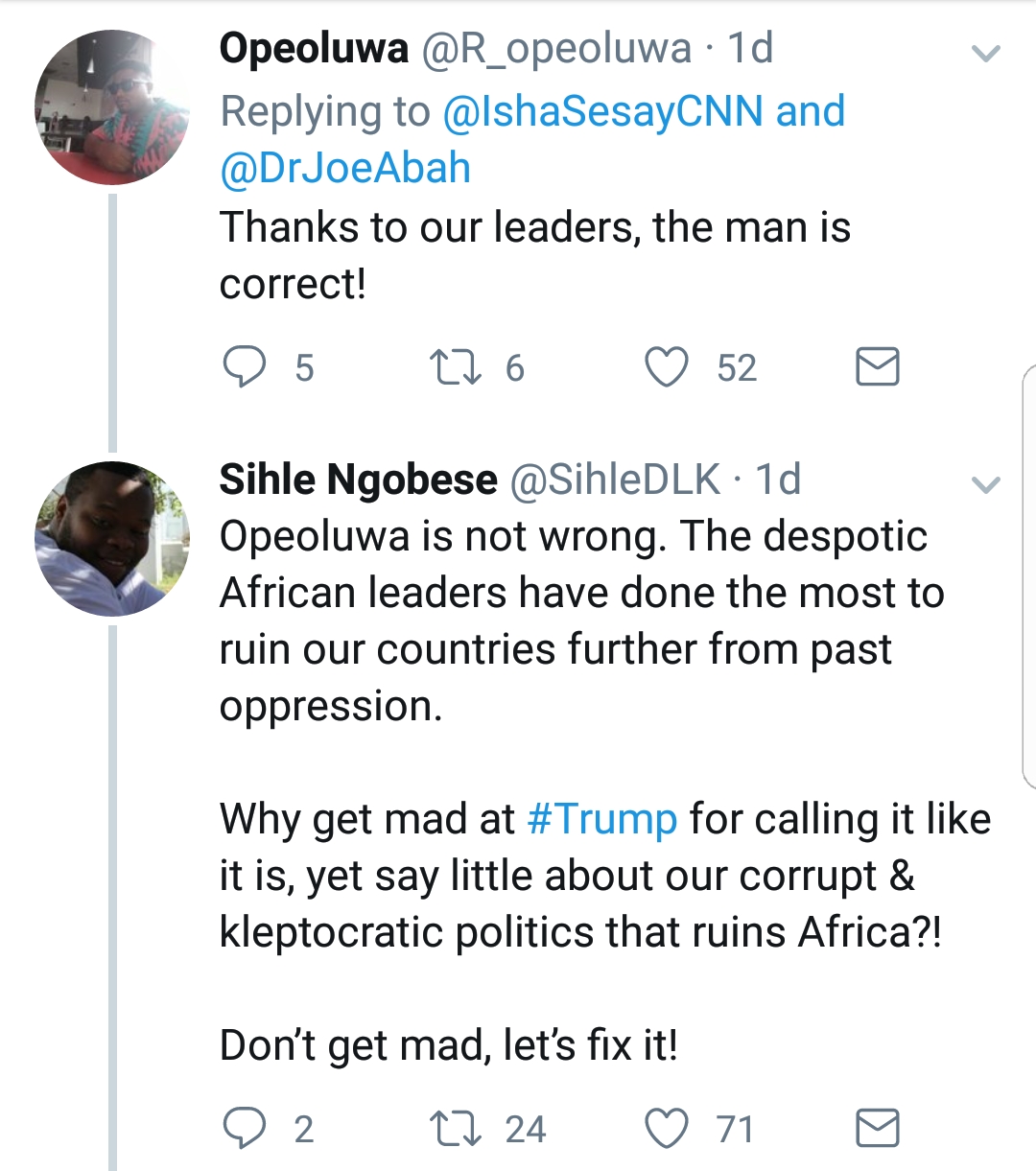 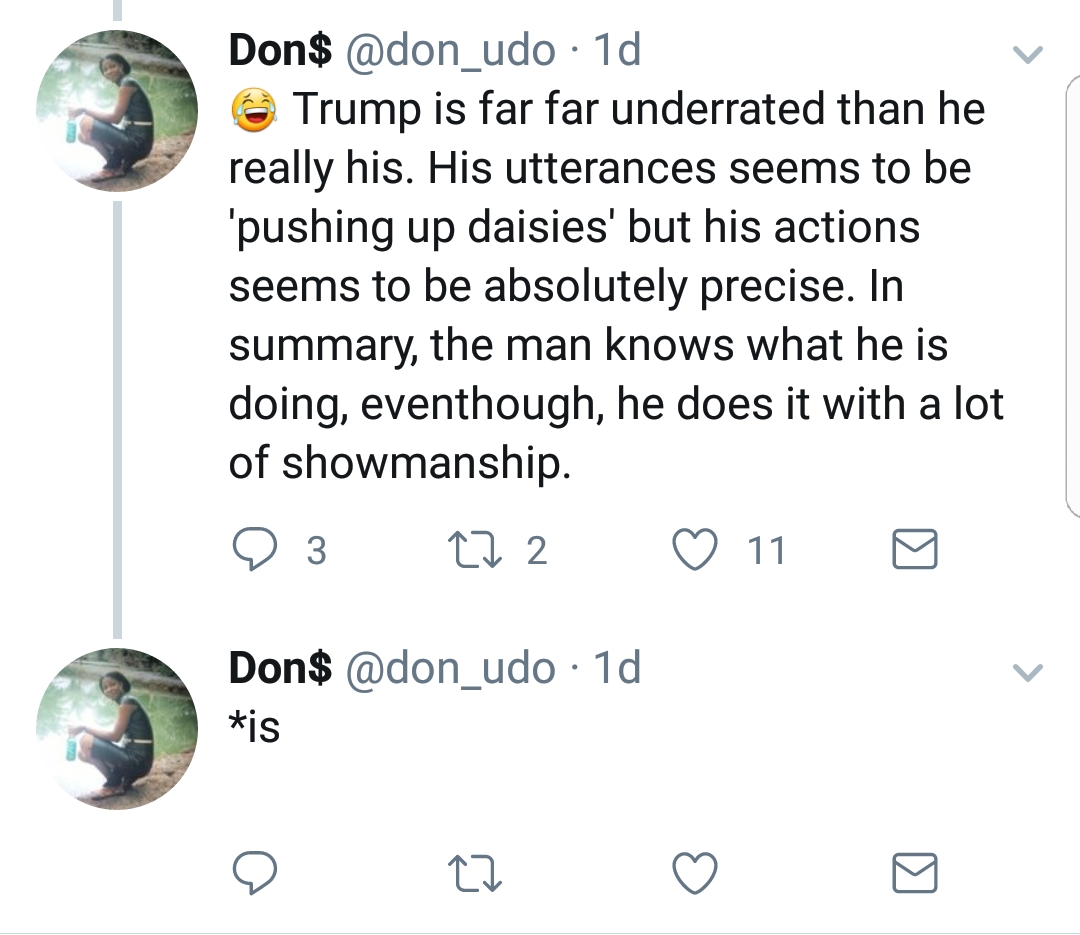 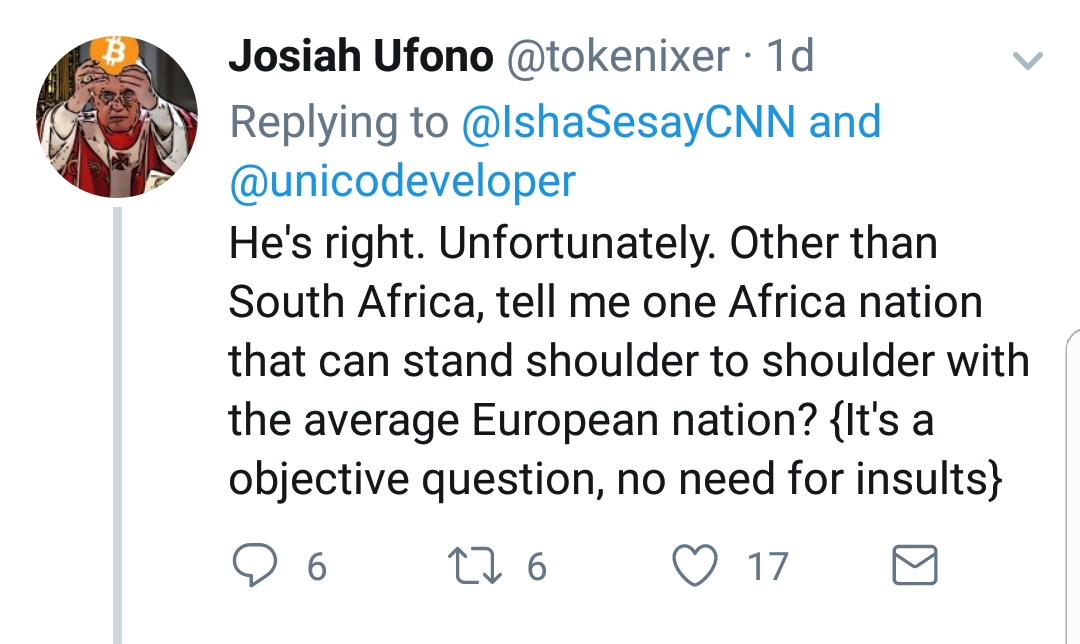 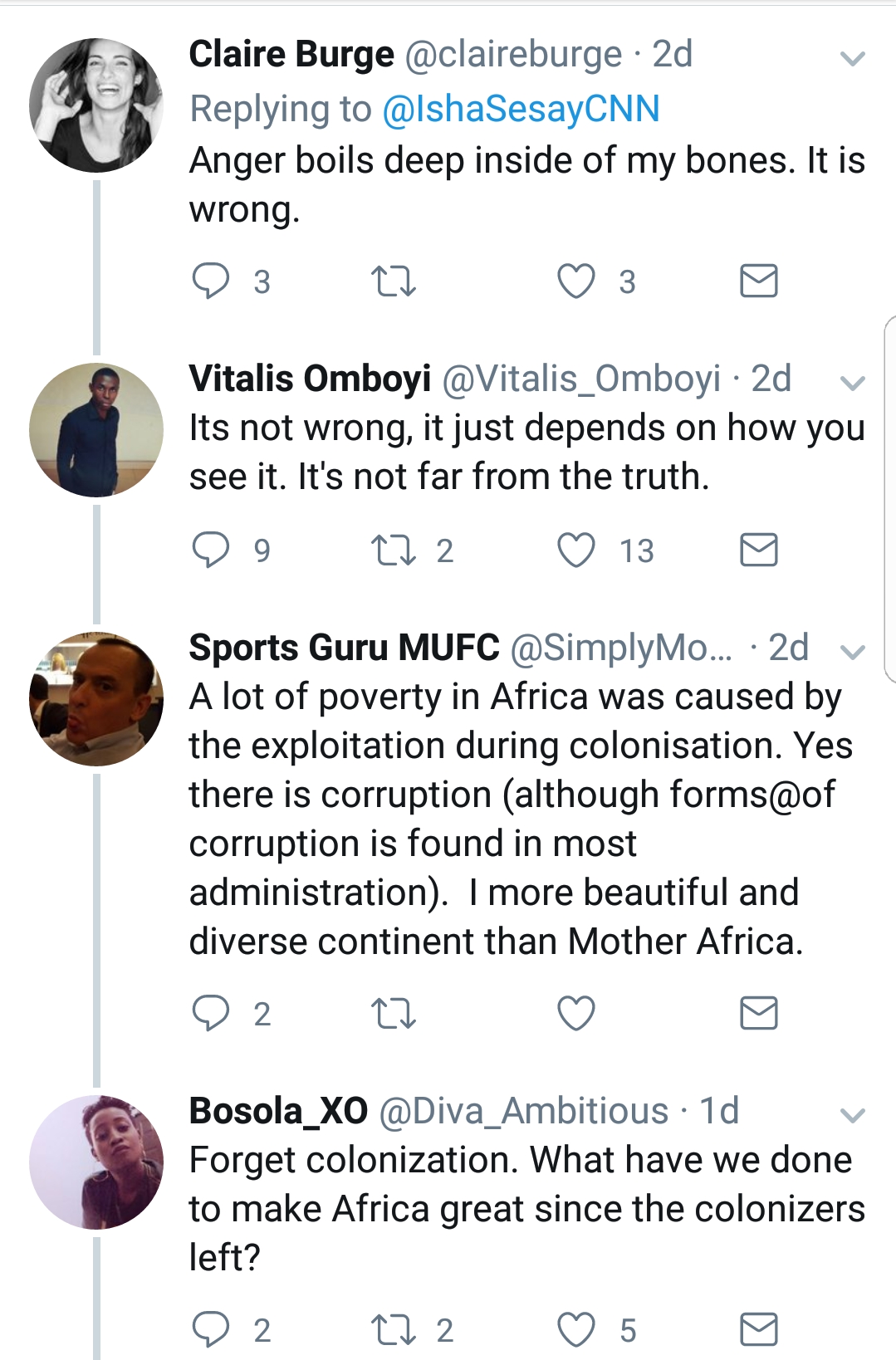 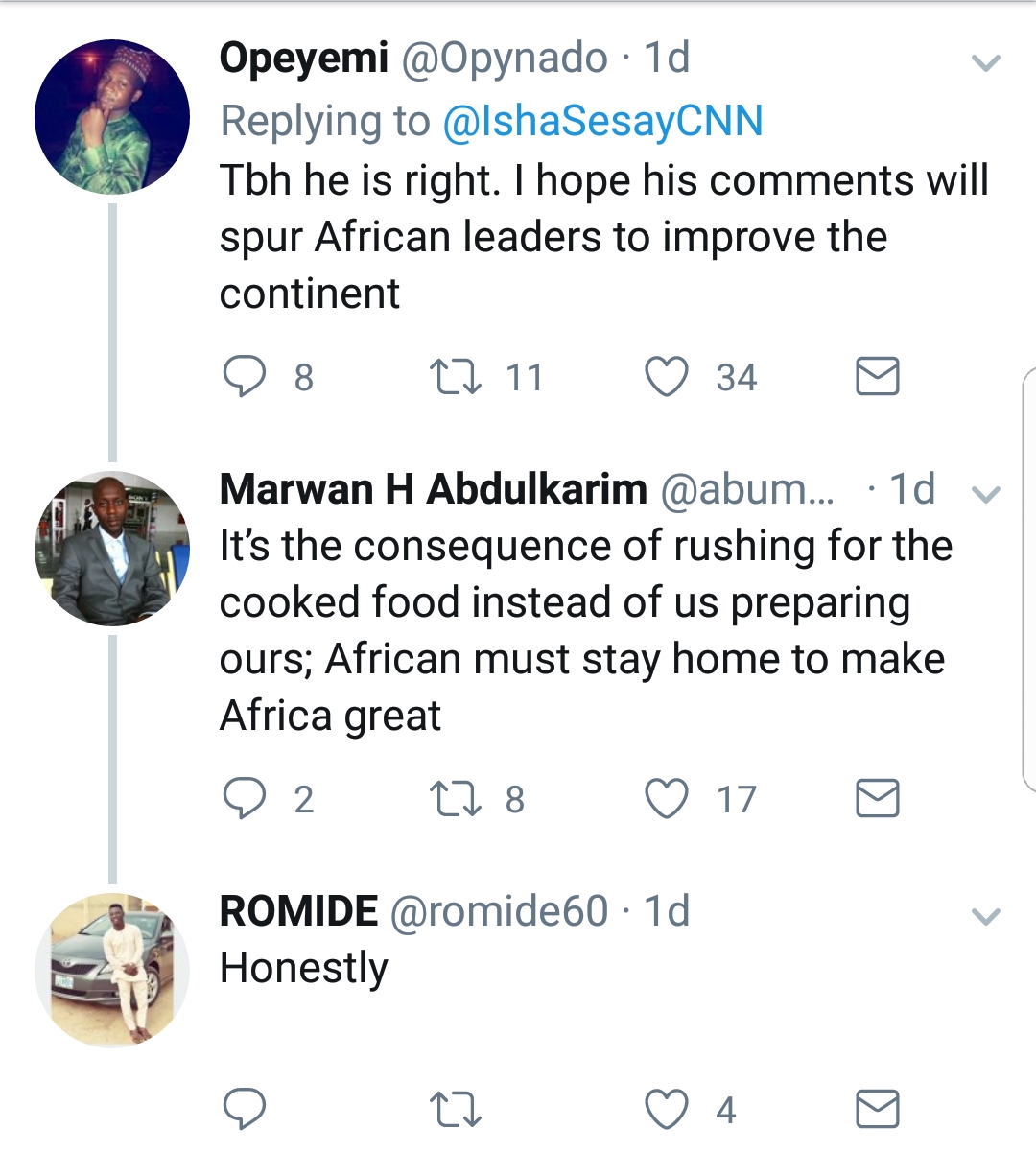 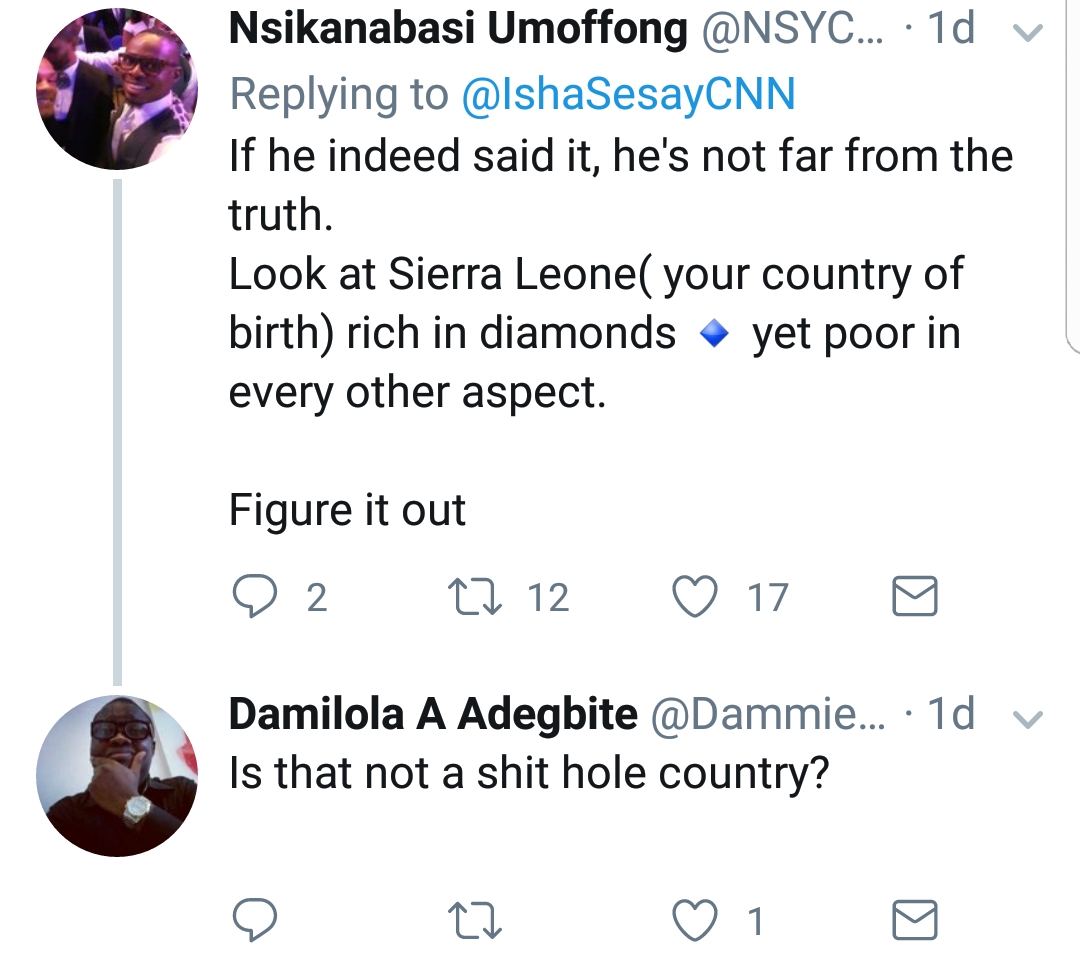 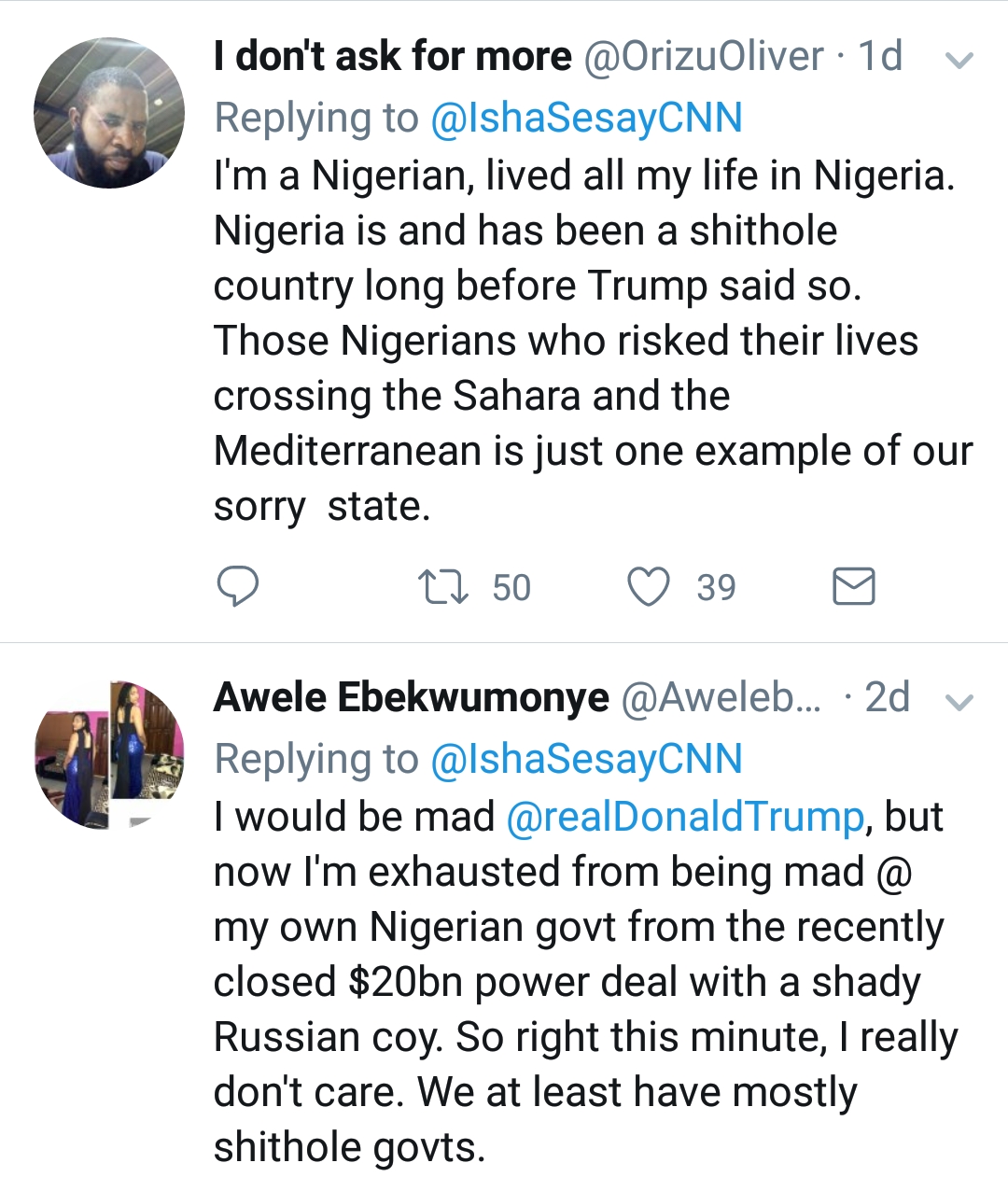 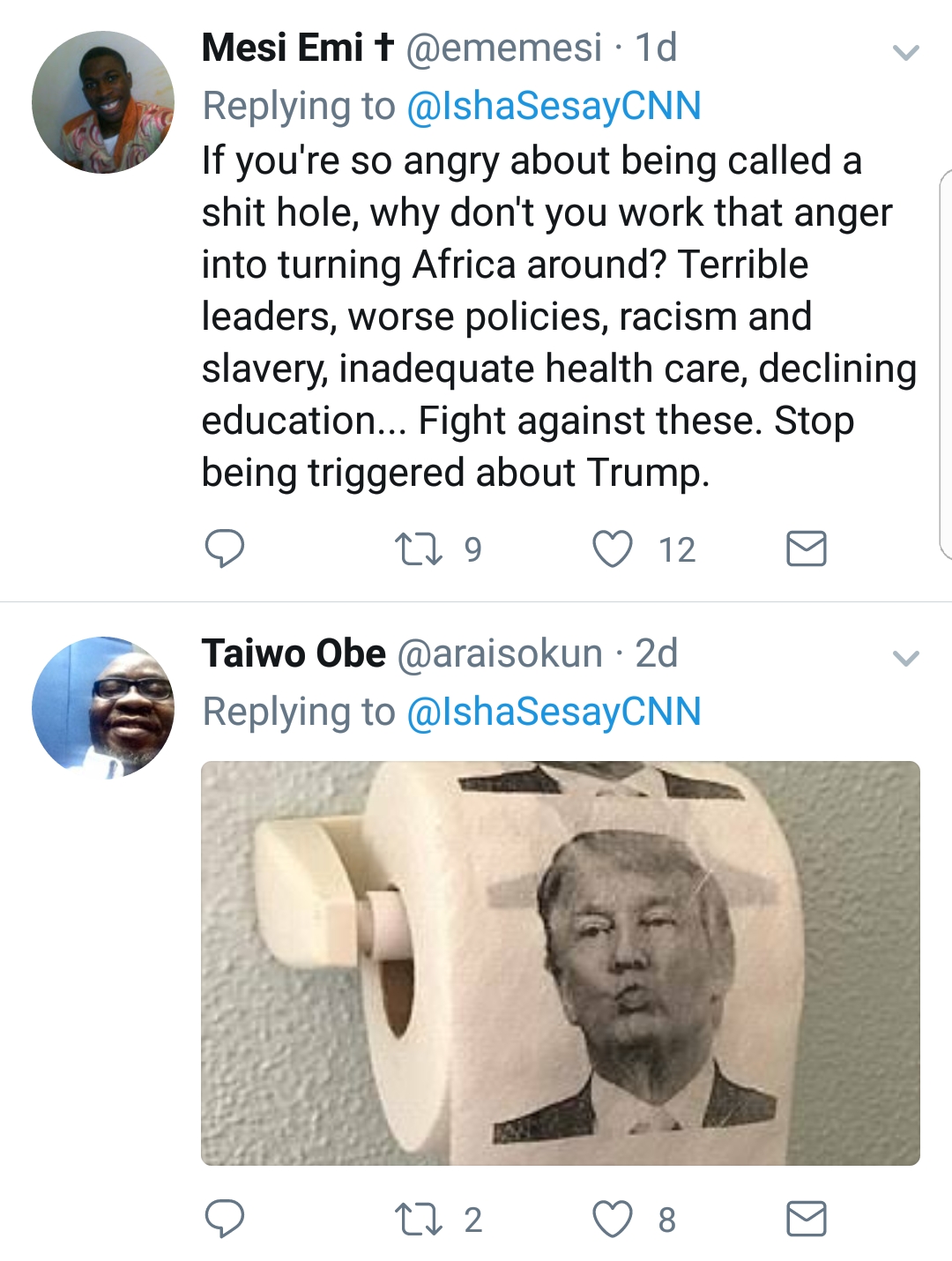 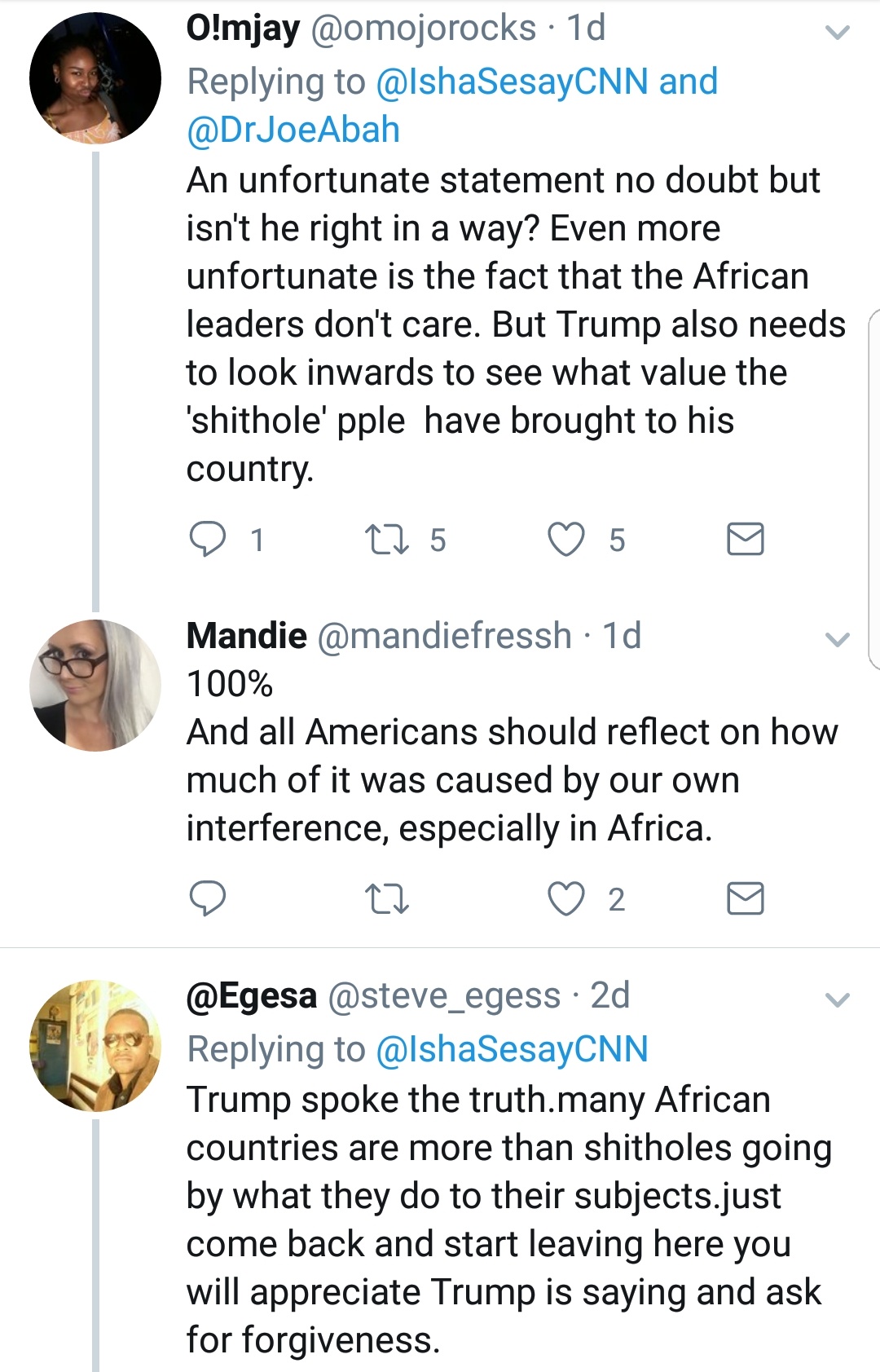 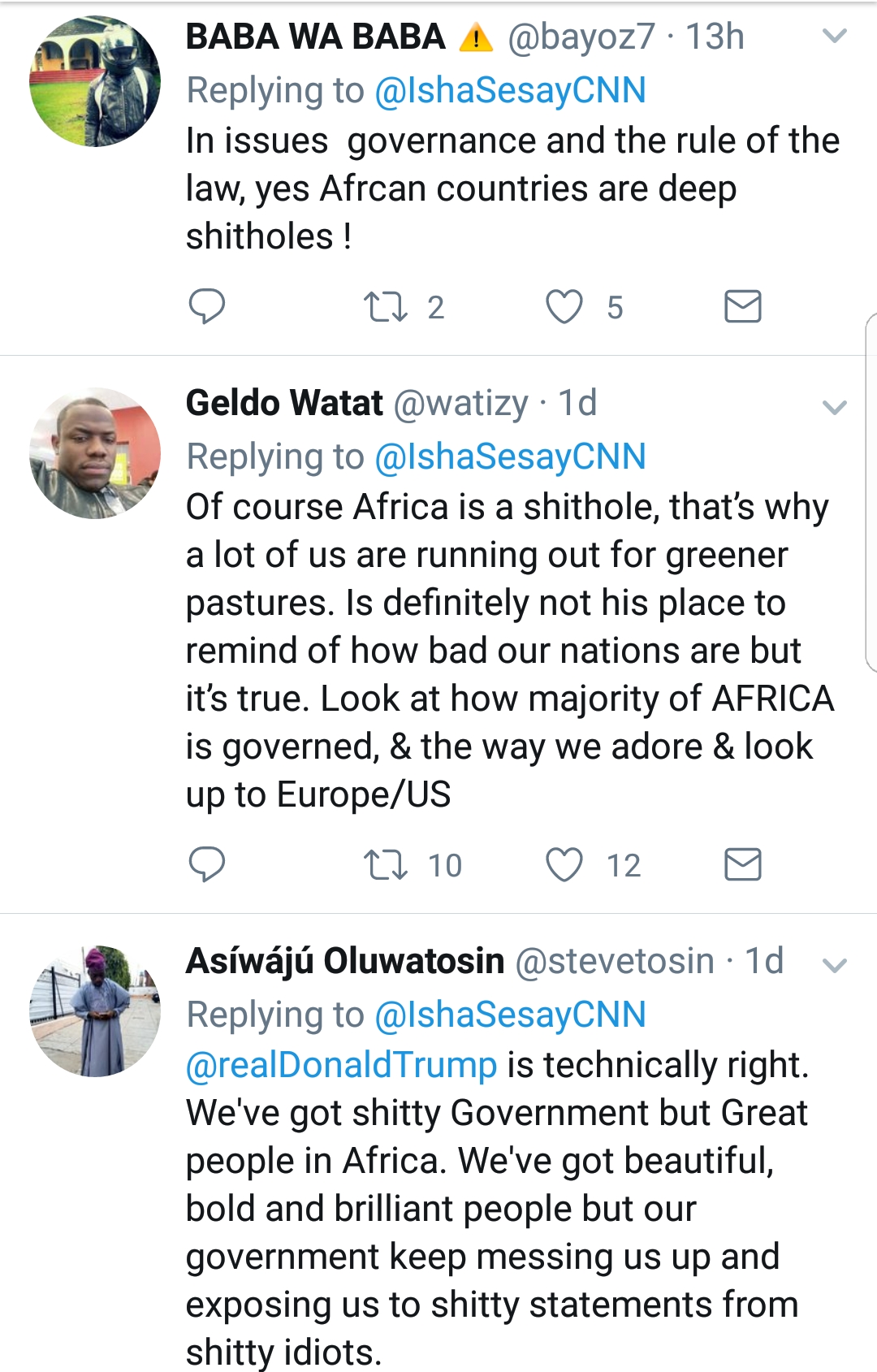 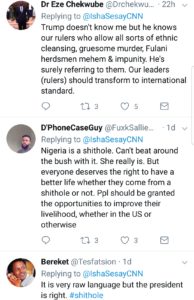 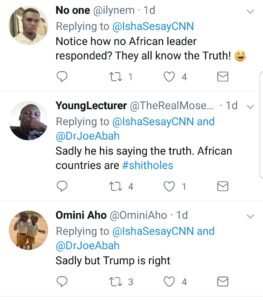 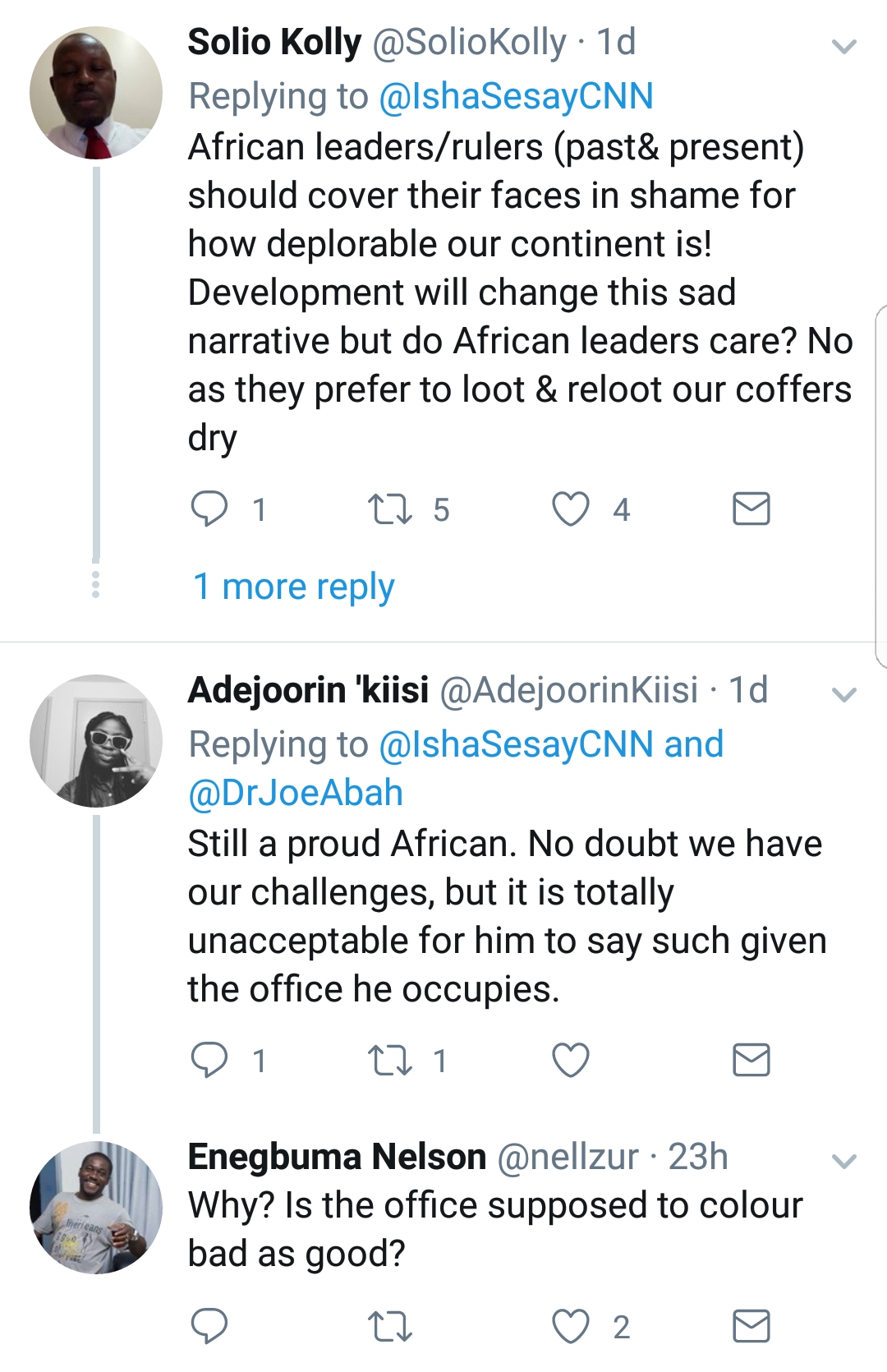 Simple Ways to Cut the Cost of Car Insurance

Shelton WA City Council Candidate: I Can Suck My Own C***