DALLAS, TX – Barrett Brown, 32, did something many of us do online, but the results for him could lead to serious jail time. The activist-journalist is facing more than 100 years in prison for posting a hyperlink to hacked material in a chat room.

Brown has been a prominent figure in the movement for tech freedom. His web publication, Project PM, went into detail about the work of hackers in Anonymous, as well as information leaks.

Currently, he is residing in a jail cell in Texas. His two trials are scheduled for April 28 and May 19. There are 17 counts he’s being charged with, in three separate indictments.

12 of the 17 counts against him stem from that one hyperlink, which admittedly led to some sensitive material. 860,000 subscribers to the private intelligence firm Strategic Forecasting Inc., (Stratfor) had their email addresses hacked, along with the credit card information of 60,000. 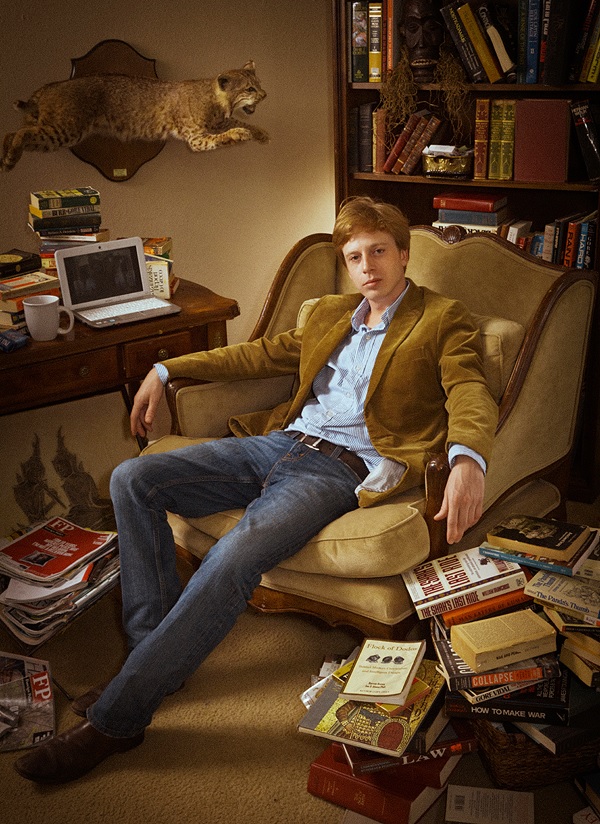 Brown’s lawyers in Dallas argued last week that his case should be dismissed, as it violates his First Amendment rights, and could lead to other repercussions involving creating an environment of fear online. They claim the charges are ambiguous and unconstitutional. Hyperlinking does not equate to transferring sensitive material. If he had taken steps to embed the link on his personal web page, that would have been different. Semantics aside, the material was already in the public domain, and could have been accessed by anyone.

As the legal memo points out, the same hyperlink had already been posted on a separate chat room. For several days, the FBI was aware this information had been disclosed. Should Brown be vilified for making the accessing of that information a bit easier?

The motion for dismissal filed last week states, “Republishing a hyperlink does not itself move, convey, select, place or otherwise transfer, a file or document from one location to another… The government only alleges that Mr. Brown ‘transferred’ a hyperlink containing directions to where the Stratfor file was already placed by another person when the Stratfor files were uploaded to public web servers.”

This case, which hasn’t gotten a lot of attention in the mainstream media, should be avidly watched by anyone who values the First Amendment. Lawyers who defend freedom of speech, as well as publishers and activists, are afraid of what a guilty conviction could lead to. For someone like me that frequently hyperlinks to other articles and sources, I fear that Brown’s case could set a precedent making that action a crime. If I’m ignorant that an article I’m linking to has sensitive material, should I still be held accountable years after the fact?

Brown’s lawyers from UT law school in Austin argued that, “everyday members of the public desiring to conduct research on the internet, cyber security researchers who wish to analyze and prevent cyber-attacks and journalists who wish to perform routine press activities such as newsgathering and verification of sources. As such, persons of ordinary firmness would certainly experience chilling of their First Amendment rights.”