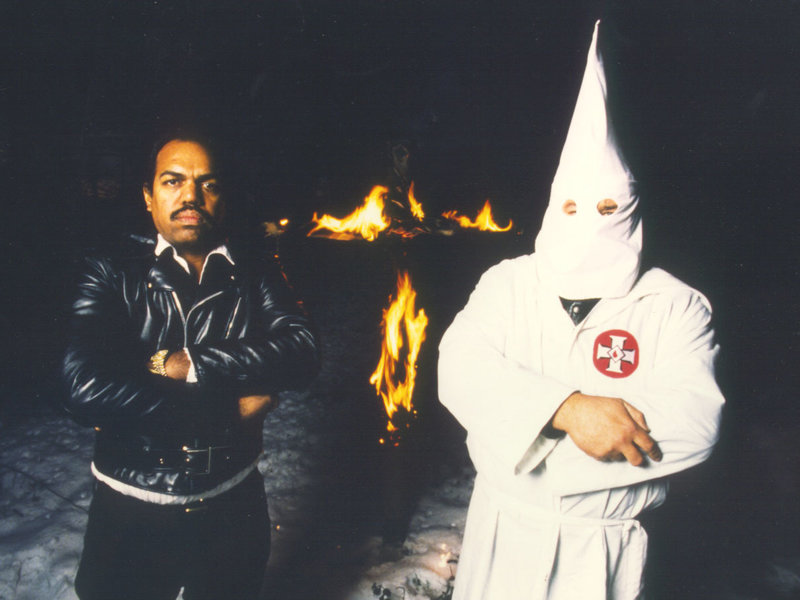 In a recent Facebook post, musician and investigative writer Daryl Davis described how he’s been treated by others and members of his own race, from being called a “sellout” to every imaginable racial slur. Until this week….

Davis was part of a panel in Philadelphia aimed at reducing hatred and violence in the country. This included both right and left wing people who he states were successfully getting along. However, he says that Antifa members upset about the conference refused to join the party, accusing him of being a “white supremacist!”

Davis has been the subject of the documentary Accidental Courtesy: Daryl Davis, Race & America and a Ted Talk about his adventures. He’s traveled to over 50 countries and played music in 49 states as a professional blues musician.

For decades, he’s interacted with and interviewed people with opposing viewpoints. He has even convinced a couple hundred KKK members to disjoin. He’s interviewed members of all different hate and extremist groups, both black and white. His most famous story was about his relationship with Klan leaders and was the subject of his book, Klan-destine Relationships.

Read his post here and witness what a great sense of humor Davis has even facing the most irrational objectors.

You want to hear a good one? True story. I have been to 56 different countries on 6 continents, played in 15 foreign countries and played in 49 of our 50 U.S. States.

In between gigs I have spent 30+ years talking with Ku Klux Klan members, neo-Nazis, White Nationalists, White Supremacists, White Separatists, Black Supremacists, Black Separatists, Alt Right members and just about every other group you can imagine with a superiority complex. The purpose of which, is bring some reconciliation amongst different ideological groups to reduce violence and racism and bring about a sense of normalcy and civility among my fellow Americans.

For my efforts, many of which have been successful, I have been called a nigger, a porch monkey, a pavement ape, by racists, an Uncle Tom, an Uncle Ruckus, an Oreo, a race traitor, a sellout, both a pimp and a prostitute, by some of those who look like me and who claim to despise racism. When you add it all up, I’ve been just about called every name but my own name.

“In my 61 years on this Earth, i’ve seen a lot and I’ve heard a lot. But a few nights ago I was called something I could not imagine being called in a million years. I was part of a panel in Philadelphia, assembled by the conference organizers to discuss ways to de-escalate racism, antisemitism and violence in our country.

Meanwhile, a group known as Antifa (short for /Anti- Facist), threatened to do violence to the conference organizers and panel speakers and burn down the building where we were to speak. Despite the threats, we had a very successful conference. We celebrated with an after-party in a room filled with people from all walks of life and every political persuasion from MAGA hat wearing Trump supporters to supporters of those at the opposite end of the Make America Great Again people and everyone in between on the spectrum. We ALL got along fantastically.

Meanwhile, the police department shut down the streets surrounding the site of the party as a crowd of about 40 Antifa members gathered outside the building to protest, accusing the the speakers and organizers of being racist

We invited the Antifa members to come in a join the party and have an opportunity to talk with us. They refused. I thought I had seen and heard it all in my 61 years and nothing would surprise me, but I was mistaken. Now are you ready for this? The Antifa people called me a White Supremacist. What??? Are you kidding me??? Wow!!! That’s right, you heard me!!! They called ME, a White Supremacist. Now, I KNOW I’ve heard it all. It’s good to be colorblind sometimes, but this is ridiculous!!!

That threw me for a loop. I scratched my head for a second, trying to make sense of this strangely misconceived insult. But all I could do was laugh. I literally even laughed all the way back to DC on my flight the next morning. The plane wasn’t crowded and I had a whole row to myself. The other passengers must have thought I was crazy. I hope my sharing this with you allows you to find some humor as well. Next time someone calls you a name, think bout this, and just laugh your ass off. ????”