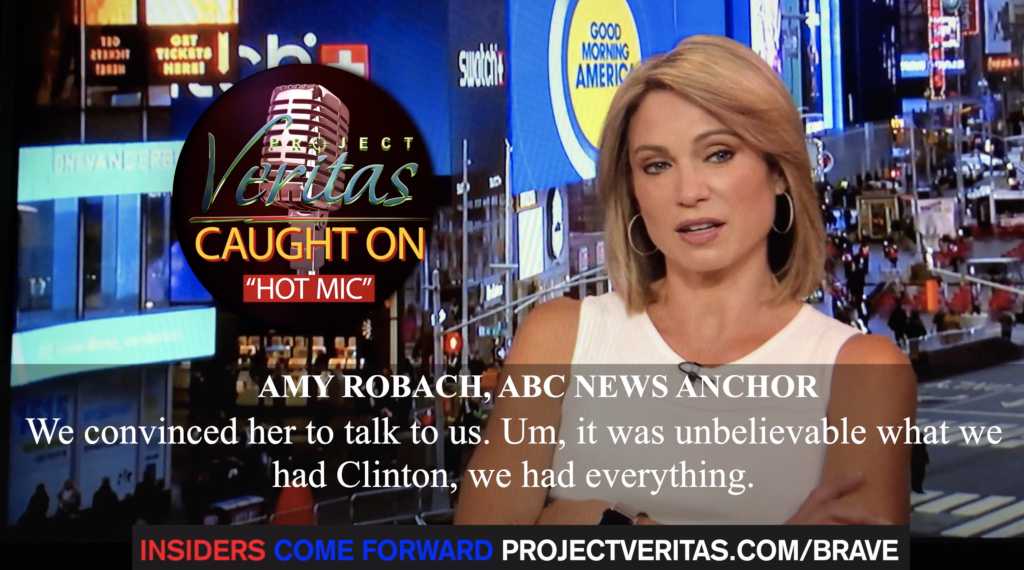 ABC News and anchor Amy Robach issued statements Tuesday distancing themselves from footage of the anchor saying on a hot mic that the network had stonewalled her reporting of Jeffrey Epstein for three years.

Robach added that she had interviewed other women backing up claims made by Giuffre, who said Epstein farmed her out for sex to Britain’s Prince Andrew and others, but the anchor said she was told it was a “stupid story” because “no one knows who” Epstein was. The anchor also said the royal family threatened the network in “a million different ways” after it caught wind of Robach’s reporting.

“We were so afraid we wouldn’t be able to interview [Kate Middleton] and [Prince Wlliam] that we, that also quashed the story,” Robach was filmed saying.

But despite boasting on a hot mic of the thoroughness of her reporting, Robach responded to the footage in a statement Tuesday that her interview with Giuffre didn’t air “because we could not obtain sufficient corroborating evidence.”

Robach: “I was caught in a private moment of frustration. … In the years since no one ever told me or the team to stop reporting on Jeffrey Epstein” pic.twitter.com/airx3Tjy4o

“I was upset that an important interview I had conducted with Virginia Roberts didn’t air because we could not obtain sufficient corroborating evidence to meet ABC’s editorial standards about her allegations,” Robach’s statement read.

Robach also said nobody at ABC had told her to stop reporting on Epstein. “We have continued to aggressively pursue this important story,” she said.

ABC News issued a statement alongside Robach saying it plans to release in early 2020 a two-hour documentary and a six-part podcast about Epstein.

Project Veritas, which released the footage Tuesday morning, said the hot mic moment between Robach and an unnamed ABC producer was captured in late August.

Epstein, who was arrested and charged with federal sex trafficking charges, was found dead in his jail cell in August.

Epstein’s death was ruled a suicide, but several oddities surrounding his death has fueled rampant speculation that he was murdered.

Two guards tasked with guarding Epstein’s unit had fallen asleep and failed to check on him for about three hours on the night of his death, The New York Times reported. The guards then falsified records in an attempt to cover up their mistake.

Further, two security cameras outside of Epstein’s cell malfunctioned on the night of his death.