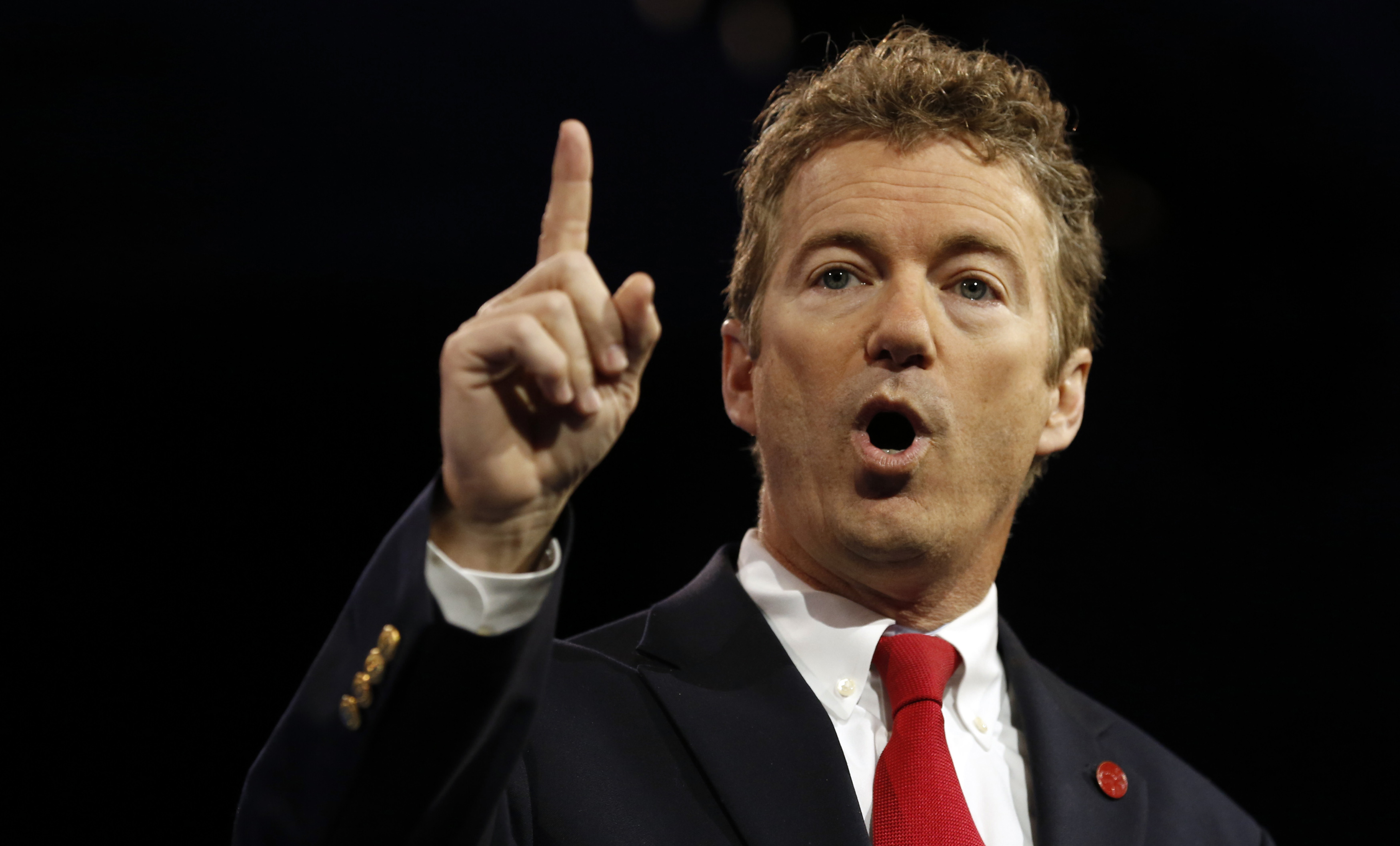 Republican Kentucky Sen. Rand Paul made an appearance during President Donald Trump’s Kentucky rally Monday night and demanded that the media print the name of the whistleblower whose complaint led to an impeachment inquiry.

An official impeachment inquiry launched following the August whistleblower complaint, which largely centered around a July 25 phone call between Trump and Ukrainian President Volodymyr Zelensky. Paul also said during the rally that the whistleblower used to work for former Vice President Joe Biden, calling his credibility into question.

“I say tonight to the media: do your job and print his name,” Paul said as the crowd cheered.

“The whistleblower needs to come forward as a material witness because he worked for Joe Biden at the same time Hunter Biden was getting money from corrupt oligarchs,” Paul said after noting that we “now know the name of the whistleblower.”

The president called Paul a “warrior” Monday evening, introducing him to the crowd as a “great friend.” Paul began his remarks by discussing Trump’s “great courage” in the face of “the fake media.”

“President Trump has great courage. He faces down the fake media everyday,” Paul said. “But Congress needs to step up to have equal courage to defend the president.”

The Kentucky senator also spoke to the crowd about Biden’s son, Hunter Biden, alleging that he was corrupt and pursued business dealings overseas while his father was vice president. The whistleblower complaint asserted that the president of asked Ukrainian officials to look into both the younger and elder Biden.

Trump tweeted Monday morning about the whistleblower, calling on him to testify publicly.

“The Whistleblower gave false information & dealt with corrupt politician Schiff,” Trump tweeted. “He must be brought forward to testify. Written answers not acceptable! Where is the 2nd Whistleblower? He disappeared after I released the transcript. Does he even exist? Where is the informant? Con!”

Missouri Has One Abortion Clinic. Here’s What’s Going On In Planned Parenthood’s Fight To Keep It Open