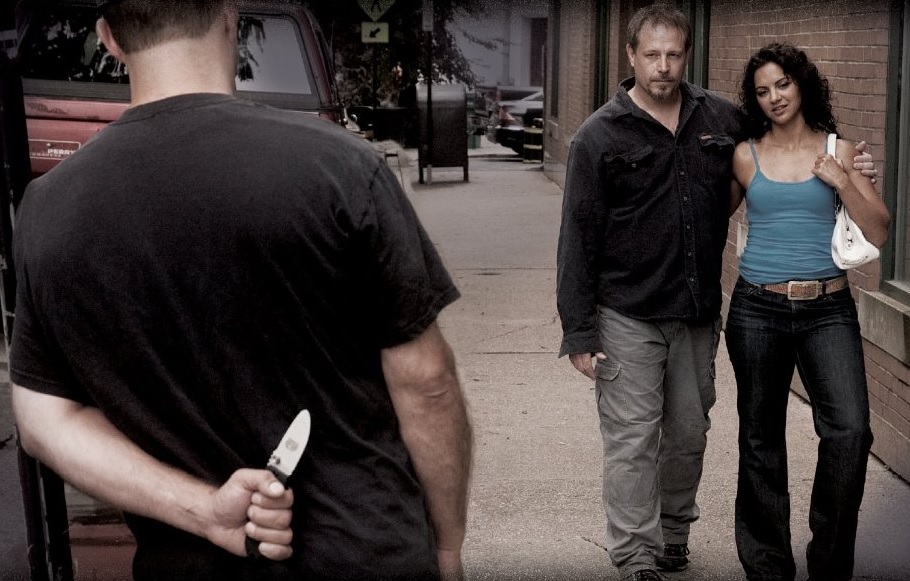 Muggers near the United States Capitol robbed five different people within thirty minutes Wednesday night, building on a recent trend that has taken hold of the neighborhood.

Two or three assailants approached a man from behind and demanded he empty his pockets around 9 p.m. on 9th and F Street NE in the first reported robbery, according to crime alerts sent out by the Metropolitan Police Department. “You know what time it is,” one of the suspects said before flashing a gun and fleeing with the victim’s cellphone.

A short time later, a woman was mugged on 3rd and G Street SE. She was talking on her cellphone when two young black men approached her from behind. They instructed her to be quiet and stuck a gun in her back. She dropped her purse and iPhone, and the two men picked them up and ran away.

Ten blocks away, at 1300 E Street SE, another woman was talking on her cellphone when she was assaulted by three young black men wearing ski masks. They pushed her to the ground and pointed a gun in her face before fleeing with her iPhone and purse.

Then two muggers came up from behind and shoved a person in front of a public housing unit a few blocks away on L Street SE. “Take out what you have,” they demanded. The person’s iPhone and credit cards were stolen.

Finally, another victim was approached from behind nearby on K Street SE by a mugger with a gun who ordered the person “give me what you got.”

Capitol Hill has seen an “uptick in street robbery offenses over the past 30 days,” Metropolitan Police Department Chief Cathy Lanier told The Daily Caller News Foundation in an email Thursday. Lanier added she’s addressing the uptick by extending and increasing overtime patrols in the area.

“While there were five offenses in a 30 minute period [Wednesday] night, several of these offenses including two this morning are believed to be the work of the same small group of suspects,” Lanier said.

TheDCNF reached out to D.C. Council Member Charles Allen, who represents the Capitol Hill area, to see what he is doing to quell the rise in violent crime. Allen didn’t respond, but a member of the neighborhood listserv provided TheDCNF with a copy of an email she received from Allen regarding Wednesday night’s violence.

Allen said in the email he spoke with Lanier prior to the crime spree, and she agreed to deploy additional officers in the area. “They’ve also moved bicycle tactical units into the area,” Allen wrote. “But all of that was before last night’s armed robbery spree, so I again asked for additional MPD officers, visibility, and presence in our neighborhoods.”

“I am incredibly frustrated with the continued crime and have asked MPD for a detailed plan of action and response since the previous efforts seem not to have yielded the results they want,” Allen added.

In an op-ed published the night before the muggings, New York Times columnist and long-time Capitol Hill resident Thomas Edsall pointed out the recent spate of crimes is part of a larger increase in violent crime in the city. Violent crime, including robberies, assaults with a deadly weapon, rape and murder, increased by more than 22 percent on Capitol Hill in the past year.

“The results of the spike in crime are reverberating across the Capitol Hill neighborhood,” he wrote.

Edsall pointed to a private neighborhood listserv called “Newhilleast” where residents of the neighborhood typically post messages about events happening around the Hill, such as bake sales, or advertisements. Recently they’ve focused on what residents call the “Reign of Terror.”

One of the listserv members, Sarah Spurgeon, became so fed up with the crimes she started a coalition of residents to “develop actionable proposals” for legislation to present to local political officials.

“This is a democracy, so more ideas the merrier, but I hope the goal will be not just letter writing campaigns of complaint and outrage (of which I’m infamous for these days), but meaningful change that we want to see, in order to address, as quickly as possible, the surge in crime,” Spurgeon wrote, calling for more organization.

MPD Chief Lanier told TheDCNF police are actively investigating the crimes, and that six juvenile males and two adult males have been arrested for robbery offenses in the area since Oct. 6. And she’ll continue to send more police to the area until all robbery suspects are arrested.

Some residents don’t think that will do much good, because criminals aren’t afraid of being caught. They refer to what they see as a lack of consequences to the city’s “catch and release” policy.

A 19 year-old man recently confessed he was responsible for beating an elderly man outside a Capitol Hill Metro station in April. But the man, Elijah Smith, was released prior to his sentencing. Smith was then arrested a second time for allegedly punching a police officer in the face repeatedly.

Denise Krepp, another member of the Capitol Hill community and a former lawyer with the United States Maritime Administration, told TheDCNF earlier this month the large spike in crime can be attributed to the fact that these crimes largely go unpunished.

She serves as a neighborhood commissioner and said she saw a huge uptick in violent crimes during the summer in Capitol Hill. But she said many criminals were given free passes by the U.S. Attorney’s Office that has jurisdiction over the city.