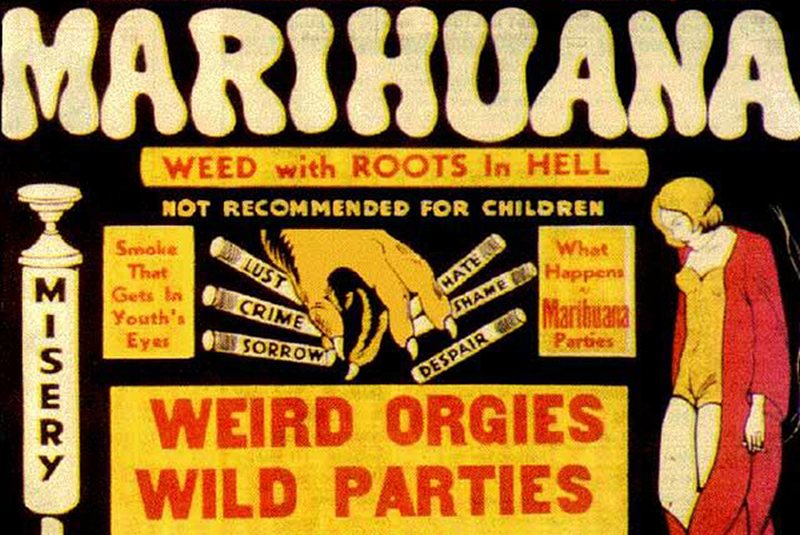 When last we left you it was the 1930s in the United States and everyone – politicians and citizens alike – had learned their lesson about the failure of prohibition and had vowed that this was a mistake they would never let happen again.

Related: A History of Prohibition – Part 1: The Rise of the Mob

Wait, scratch that. No one had learned anything and it would all be done again, this time with a different substance.

Enter Harry J. Anslinger. He was the first chief of the U.S. Treasury Department’s Federal Bureau of Narcotics. From 1930 to 1962 he ruled over the FBN, appointed because of his perceived incorruptible nature; and I’m sure the Treasury Secretary being his wife’s uncle didn’t hurt either.

But Harry had a problem, a problem encountered by the heads of all government bureaucracies: needing something that would justify ever-growing budgets for their department. At this point (1930) many states had already outlawed cannabis in one way or another. Anslinger just needed to bring cannabis prohibition to a national level, and with the help of some fear-mongering and some friends in the press, he would do just that.

While the papers of William Randolph Hearst pounded the drum of the evils of the devil’s lettuce, Anslinger took his fight to the halls of the U.S. Congress where he regaled congressman and other officials with “facts” and tales about the danger of “marihuana.”

Here are some highlights of Anslinger’s testimony before Congress:

“As I say, marihuana is the same as Indian hemp, and is sometimes found as a residual weed, and sometimes as the result of a dissemination of birdseed. It is known as cannabin, cannabis Americana, or Cannabis Sativa. Marihuana is the Mexican term for cannabis indica. We seem to have adopted the Mexican terminology, and we call it marihuana, which means good feeling. In the underworld it is referred to by such colorful, colloquial names as reefer, muggles, Indian hay, hot hay, and weed.”

“It affects different individuals in different ways. Some individuals have a complete loss of sense of time or a sense of value. They lose their sense of place. That have an increased feeling of physical strength and power.

Some people will fly into a delirious rage, and they are temporarily irresponsible and may commit violent crimes. Other people will laugh uncontrollably. It is impossible to say what the effect will be on any individual. Those research men who have tried it have always been under control. They have always insisted upon that.”

“Here is a gang of seven young men, all seven of them, young men under 21 years of age. They terrorized central Ohio for more than two months, and they were responsible for 38 stick-ups. They all boast they did those crimes while under the influence of marihuana.”

“In Florida a 21-year-old boy under the influence of this drug killed his parents and his brothers and sisters. The evidence showed that he had smoke marihuana.

In Chicago recently two boys murdered a policeman while under the influence of marihuana. Not long ago we found a 15-year-old boy going insane because, the doctor told the enforcement officers, he thought the boy was smoking marihuana cigarettes. They traced the sale to some man who had been growing marihuana and selling it to these boys all under 15 years of age, on a playground there.”

You get the drift. Other quotes attributed to Anslinger are virulently racist in nature and added to the prejudices already held by the old white men in power at the time.

All of this led to the Marihuana Stamp Act of 1937, which allowed the sale of cannabis, but only if the seller bought a prohibitively expensive tax stamp.

This is where things stood for almost 30 years. Cannabis activism didn’t come into being until the mid-1960s. The battle lines were being drawn, but soon President Nixon would move the battlefield.

The Controlled Substances Act of 1970 specifically outlawed the sale, possession and growing of cannabis by anyone for any reason. It was placed under Schedule I (along with heroin, LSD, and several other illicit substances), which meant it was considered to have a high potential for abuse and no medicinal value.

Much like the Stamp Act, the CSA was politically motivated. Nixon’s domestic policy chief, John Ehrlichman, recently spilled the beans as to why the modern “War on Drugs” was started.

“The Nixon campaign in 1968, and the Nixon White House after that, had two enemies: the antiwar left and black people,” Ehrlichman told a reporter earlier this year. “You understand what I’m saying? We knew we couldn’t make it illegal to be either against the war or black, but by getting the public to associate the hippies with marijuana and blacks with heroin. And then criminalizing both heavily, we could disrupt those communities,” Ehrlichman continued. “We could arrest their leaders. raid their homes, break up their meetings, and vilify them night after night on the evening news. Did we know we were lying about the drugs? Of course we did.”

How nice. Of course, as we now know, the CSA instituted a 40+ year war on drugs that has cost over $1 trillion, imprisoned millions and ruined the lives of countless people. So much of humanity simply wasted, and for what?

To this day we are still battling to end the scourge of drug prohibition, over 80 years after the end of alcohol prohibition. With all the knowledge we have at our disposal from history, some have learned very little. They think that if they just tweak the basic concept enough, they can get it to work.

On the flip side, banning a product or substance that a lot of people want creates a mountain of unintended consequences, including a black market where violent criminals flourish.

Will the lesson of prohibition finally be learned by enough people that it will be eliminated from future societies? As long as we live in a world where a few want to control the lives of the many, the answer to that question is probably “no.” 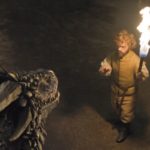 These ‘Game of Thrones’ Fan Theories Will Blow Your Mind

Ron White: Cruz and Trump are “Unqualified” to Lead America