From our friends at Hypeline:

With the threat of ISIS terrorist attacks and homeland security being at front of every campaign, the questions and answers for the coming CNN debate will be different than the last primary debates. Here are the five topics you’ll probably hear during tonight’s debate.

Anyone know why Ben Carson has been loosing support these past few weeks? The answer is simple, foreign policy experience.  Ben Carson has fallen short showing the American people that he is well versed in protecting American interests abroad.

With an obvious rise in terrorism occurring world wide, and many terrorists immigrating into the United States, you know this topic will come up.

CNN, and its support of the Progressive agenda, will undoubtedly look to pigeonhole the GOP candidates and their view on radical Islam when it comes to tonight’s debate.  So expect the moderators to avoid any trace of “Islamic Extremists” when talking about terrorism.

Once again expect CNN to show their support of Liberalism by bringing up ridiculous stats on how gun control “works.” Remember! The experts agree, gun control works!

And last but not least…

I guess you could say almost all of the controversy lately has been because of Trump’s statements on banning Muslims. I’m predicting this will take up a good 25% of the debate. 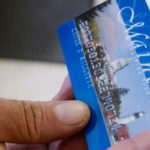