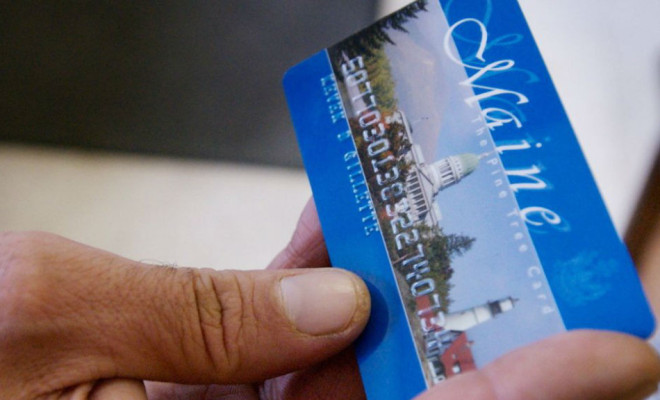 Maine officials questioned the motivation behind a recent federal review of the state’s food stamp program Monday, noting the government has been highly critical of the state for trying to rein in welfare.

Maine was first notified of the results of the review Dec. 7 in a letter. The letter, which was obtained by The Bangor Daily News, warned the state has declined significantly in how effective it is at administrating food stamps. Critical issues include accuracy and the timeliness in which applications are processed. The state Department of Health and Human Services (DHHS), however, argues the bad review is the result of state workers getting accustomed to a new system.

“This directly relates to a decision to modernize our process.” DHHS Commissioner Mary Mayhew tells The Daily Caller News Foundation. “We implemented a new system which centralizes the process.”

The new system is designed so state workers can access food stamp applications from one central place. The hope is the new system will allow the application process to be more streamlined. Mayhew notes it just took state workers some time to get used to the system but since the federal review, its own data has shown the process has improved.

“It centralizes applications so work can be managed throughout the state.” Mayhew continues. “With any transition, there is a learning curve.”

The new system will also help spread applications across multiple departments, as opposed to having them consolidated on a limited group of state workers. Mayhew, though, does note some skepticism of the government review. The Food and Nutrition Service (FNS) has adamantly opposed some earlier reforms the state tried to implement. FNS is the main division under the U.S. Department of Agriculture tasked with administrating food stamps.

“We welcome any review if its about our efforts to improve,” Mayhew notes. “That being said, it is difficult given some of their antagonistic behavior towards me.”

The stateproposed several reforms the federal government opposed. The reforms are designed to help reduce welfare dependency. One reform would require food stamp debit cards to include a photo of the proper recipient, according to The Washington Examiner. The state also wants to ban recipients from purchasing junk food with their benefits. Additionally, the state has moved to institute working requirements which were waived for most states after the recession.

“We have certainly been in dialogue with the federal government about the improvements,” Mayhew also notes. “It is just difficult to assess whether the review is in the interest of our shared goals or a philosophical difference.”

Working requirements mean able-bodied adults without children must have a job or be in an approved job training program to qualify for food stamps. The reforms do seem to be working as intended. Dependents receiving food stamps fell by more than 90 percent in the past year.

FNS did not respond to a request for comment from TheDCNF.

Professor Blames White Privilege For The Existence Of Michigan

5 Topics You Can Expect to Hear at Tonight’s Debate