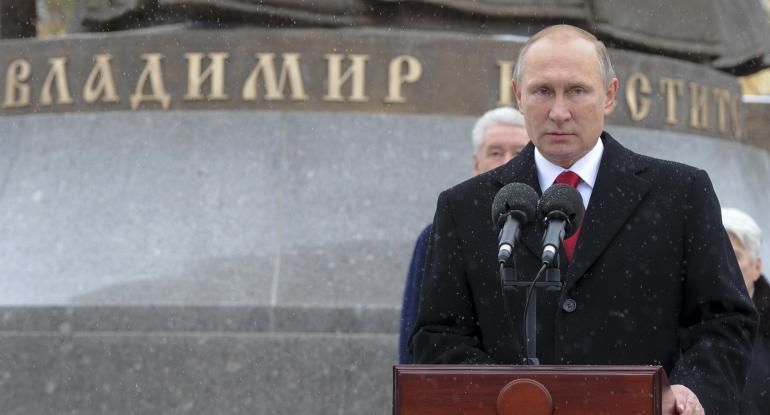 Because Putin is just such a swell guy, and a strong leader, he may in fact ban cigarettes for the coming generation of Russian citizens and beyond as a health measure. Who needs freedom of choice, right?

The Russian Health Ministry this week proposed a ban on selling cigarettes to people born after 2014, Radio Free Europe/Radio Liberty reports, even after they are 18, which is currently the legal smoking age in the country. That means a full prohibition of cigarettes would not go into effect until 2033.

The proposal is part of a document that details government efforts to curtail smoking in the country. Russia has already banned smoking in restaurants since 2013.

Some experts warn that the ban could give rise to a black market for illegal cigarettes. But the Health Ministry defended its proposal, citing the 300,000 to 400,000 Russian citizens who die from smoking-related diseases each year.

“By 2033, the ban on the sale of tobacco products to people born after 2014 will not seem an extreme measure, but an entirely logical development of events,” Marina Gambaryan, an expert at the Health Ministry, told TASS.