Oregon’s state government released a set of guidelines for schools Thursday informing educators that students must be allowed to use whatever locker rooms they want and play on opposite-sex sports teams as long as they say it reflects their chosen gender identity.

Not only that, but if the student doesn’t want his or her parents to know, teachers don’t have to tell them.

The 15-page document makes Oregon one of just a handful of states to release detailed guidelines for how states should handle the topic of transgender students. In general, the guide tells teachers to adhere to the wishes of students when it comes to affirming their chosen gender identity.

“A student who says she is a girl and wishes to be regarded that way throughout the school day should be respected and treated like any other girl,” it says. “So too with a student who says he is a boy.” Students should be called by whatever name they wish (regardless of their legal name), and they have the right to use bathrooms and locker rooms of either sex in accordance with their wishes.

“There is no need for the student to prove their new gender. The student’s declaration of their gender is acceptable,” the guide adds.

If the student wishes for their transgender identity to be confidential, school officials are expected to do what they can to conceal the student’s legal name to help keep the secret.

On the other hand, if a student does want their transgender identity to be known, the document tells educators to do what they can to “inform and educate” other students about the student’s transgender status.

Notably, the guidelines state that transgender students should be allowed to play on any sports team they want, without restrictions. If a male student tells school officials that he identifies as female, he must be allowed to play women’s sports. This rule only applies for intramural sports; inter-school sports are governed by the Oregon School Activities Association, which requires males to undergo at least a year of hormone treatment before playing girls’ sports competitively.

The guide also says that if students don’t want their parents to know about their changed gender identities, school officials can keep this change hidden.

“In [some] cases, transgender students may not want their parents to know about their transgender identity,” it says. “The paramount consideration in such situations should be the health and safety of the student, while also making sure that the student’s gender identity is affirmed in a manner that maintains privacy and confidentiality.”

The document doesn’t prescribe any penalties for schools or officials who ignore the new guidelines, but recently the Obama administration has exerted increasing legal pressure on the topic of transgender students, threatening to deprive schools of federal funds if they don’t allow transgender students to use opposite-sex bathrooms.

The new guidelines were immediately criticized by the Oregon-based group Parents’ Rights in Education, which said they went far beyond what is required by state and federal law.

“Federal law is clear,” the group said in a statement, “There are no legal grounds to require school districts to open up their bathrooms and changing rooms to members of the opposite biological sex.”

On the other hand, the LGBT-rights group Basic Rights Oregon declared the new standards were a “wonderful first step” for the state in improving transgender rights in school. 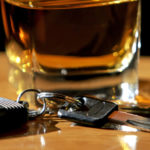 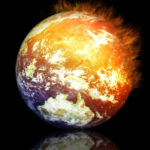