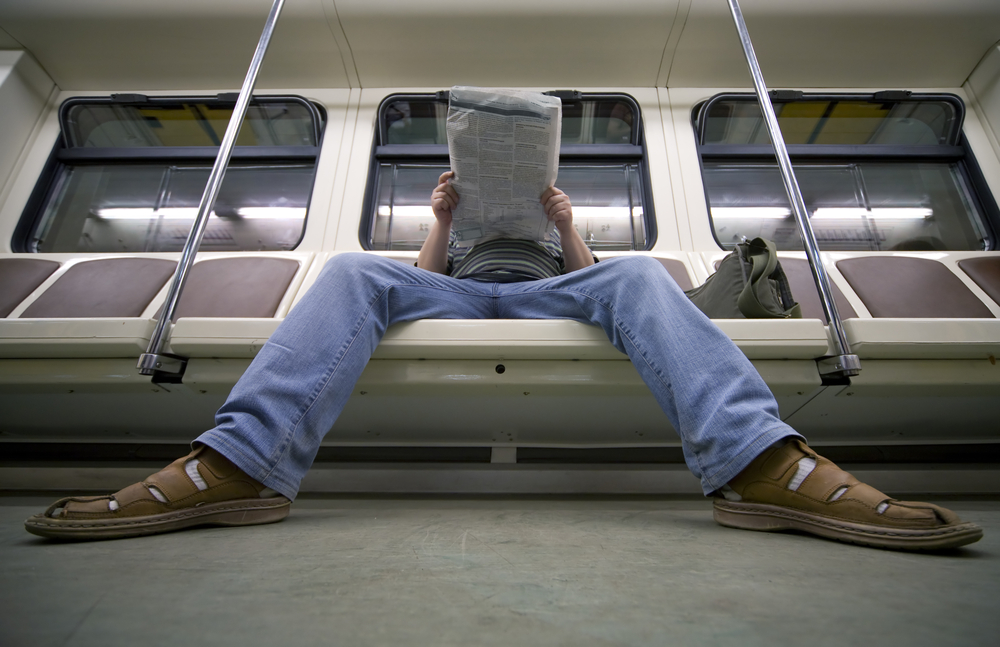 This Feminist Is Over Being Outraged About Manspreading. Here’s Why.

I’m a libertarian feminist. I’ve said it numerous times. I have defined what it means to me and written essays and articles on the topic. I don’t expect state solutions to social problems, and I certainly apply my feminist arguments for equal rights in ways that people don’t expect. So, I’m known to occasionally be at odds with other feminists, though I argue my positions are still philosophically consistent.

“Manspreading” is a word used to describe the extra space some men take up when they spread their legs while sitting, particular in public transportation contexts, such as subways and busses. The argument that many feminists make, from a larger social context, is that our society teaches men it’s okay to take up more space than is needed and to dominate their environments, and this is both disrespectful and serves as a form of “microaggression”.

“Microaggressions” are a “variety of verbal and nonverbal forms of communication that are said to constitute disrespect for particular groups, especially those who have been historically marginalized.” I quote Steve Horwitz, who wrote a thoughtful essay on the idea of microaggressions that I encourage people to read. I agree with his general point in that essay, which is that overemphasis on these things can cause people to take topics like sexism and social oppression less seriously. I think it’s a valid concern.

Now, I first heard the term manspreading ages ago on some feminist blog, and like many other terms I found it an amusing way to describe the occasional frustration when dudes take up a bit more room than necessary. I didn’t think of it as an outrageous offense. In fact, my favorite response to manspreading was a Tumblr that featured images of men with their legs spread and photoshopped cats in between – it’s called Saving Room For Cats and is hilarious.

To be clear, I have experience with this phenomenon. I previously lived in Boston, and took public transportation every day. I have certainly seen crazy things, including “manspreading”, on the subways and busses — anyone who has ever lived in a major metropolitan area like San Francisco, New York or Boston and taken the train has probably seen the best and worst of people there.

However, taking up too much room on public transportation when it’s overcrowded is not exclusively something done by men. Not by a longshot. Many women place bags or purses on the seats beside them, or sit sideways across two seats, taking up more space than necessary. Anyone can be disrespectful and dominating in public space, and it’s really annoying, particularly when there isn’t enough room on the train and people are squished together. However, noting that there are things like actual groping or sexual harassment on public transit, I think outrage over something like manspreading might be a bit much.

Now apparently two men have actually been arrested for “manspreading” in New York. This worries me for a number of reasons. First off, as a libertarian, I don’t tend to think it is good to add additional laws to the books, particularly when they are victimless “crimes”. I think this is yet another thing that gives police officers far too much power to assert the blunt instrument of law at their discretion, and anyone who doesn’t think this will very likely disproportionately target minorities is really ignoring reality.

Secondly, simply from a social perspective, why the hell should we be making this sort of thing into a law? I was fine with a little humorous cat photoshopping, but is the brute force of law a good idea here? I’m so sick and tired of the people who claim there’s some kind of war between men and women (hint: it’s not just feminists claiming that), and does this really help dissuade that particular notion?

What is the endgame here? We want people to become more respectful of space and people around them? We want them to realize when they’re making others uncomfortable? Yes – I like both of those things. Do I think laws are really going to help? 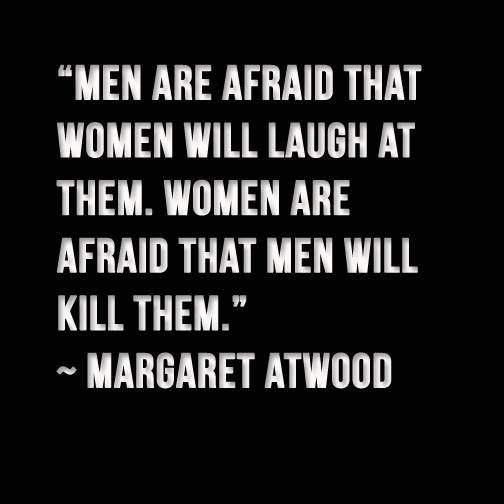 There’s a common feminist quote by Margaret Atwood I’ve said in the past, that “Men are afraid women will laugh at them. Women are afraid men will kill them”. With the increasing frequency of a thing called carceral feminism, I am genuinely concerned that this has changed to “women are afraid men will kill them, men are worried women will send them to prison and ruin their lives forever”. Let’s be clear – there are some outrageous cases of violence against women, particularly following harassment, so it’s not like fear is totally unreasonable. But it’s about time we recognize that some men are starting to get scared too.

So what do we do about people taking up too much room on the subway? How about, god forbid, we learn to assert ourselves? We’re willing to pay men who carry guns to assert our will, but can’t be bothered to come forward, one human to another, and interact? And we expect men to take us seriously as equals? As fellow humans deserving of equal rights and respect?

This is my line. Seriously. I’m a feminist, and my mother’s generation fought for a lot of amazing rights I take for granted now. I was raised to believe I can be whatever I want to be when I grow up if I put forth the effort, and that I deserve rights and respect, and that I should not be afraid to take what is mine in life.

A snarky article this week detailed the experience of a woman who decided to sit on men who wouldn’t bother to move their legs for her. A few of my friends were concerned and afraid for her safety. Many said they could never do the same. But frankly, she’s tapped into the key here: advocate for the space you deserve.

You’re on the subway and someone is taking up too much space while it’s crowded? Make eye contact. Tap them gently on the arm if you need to. Be polite. Give them the courtesy you think they’re denying you. Say “excuse me, I’d like to sit down.” If they don’t tighten up, or move their bag, or whatever, just freakin’ take the seat anyway (if you can). Don’t commit violent aggression to do it or anything, but if they’re being disrespectful enough not to listen when you talk, watch how surprised they become when you just dominate your space as thoroughly as they dominate theirs.

I don’t think there’s ever been anything remarkable about me making eye contact and asking for the seat beside someone when there is limited space available. I get it, I have white, middle-class, pretty, empowered privilege. I also demand dignity. Most of the time, people move over, sometimes they even apologize. If they don’t, just take the space that is yours. They don’t have some special right to more seat space than you. As long as you don’t hurt them, just sit your butt down.

My mother tells me that courtesy is owed, respect is earned, and love is given. Show people basic courtesy and teach it to others. If you want respect in this world, you don’t just meekly hope that someone will give it to you, or hire armed men to take it for you. Be strong, be dominant, be empowered, and show them women have agency and aren’t afraid to take what they deserve. You have just as much of a right to a seat as the next person, so start treating yourself like a person, and stop waiting for someone else to do it for you. The world will start reacting to you differently and that changes everything.

My mother didn’t raise me to hope for liberty and happiness. She taught me to make my own. That’s our feminist agenda. Consider yours.