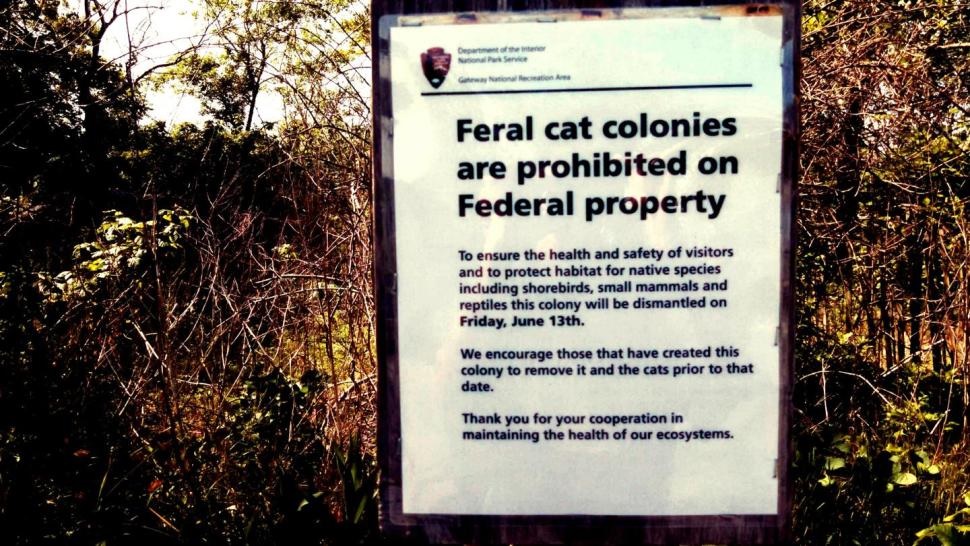 Federal officials in Brooklyn are facing criticism after they erected signs apparently warning feral cats to stay out of the Gateway National Recreational Area, a 26,000-acre nature preserve. Skeptics argue that the notoriously low literacy rate of America’s feral cats might render the signs ineffective, but the National Park Service hopes that the cats will clear out of the area by June 20th.

The area’s feral cats have become alien superpredators, the government notes, wreaking havoc on the park’s ecosystem by whipping out local populations of shorebirds, small mammals and reptiles. Officials plan to restore balance to the preserve by rounding up any cats still in area after this Friday and turning them over to animal shelters.

The signs seem a bit more sensible when one reads their fine print: while the National Park Service will not euthanize the cats itself, local shelters might euthanize the cats if they don’t have the room or the resources to accommodate them. Officials installed the signs to give concerned cat-lovers a chance to remove the animals themselves before cat doomsday.

Yet, at first glance, this does not appear to be the purpose of the poorly-structured signs, which predominantly read “Feral cat colonies are prohibited on federal property.” Let’s hope, for the sake of Brooklyn’s feline occupiers, that animal welfare activists can make sense of them.

Note: Though the sign pictured says that cat doomsday is on June 13th, the park service moved the date to the 20th to give cat-lovers additional notice. The cats have not yet been rounded up. 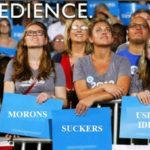 15 BS Myths That Liberal Weenies Want You To Believe (PODCAST) 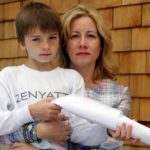