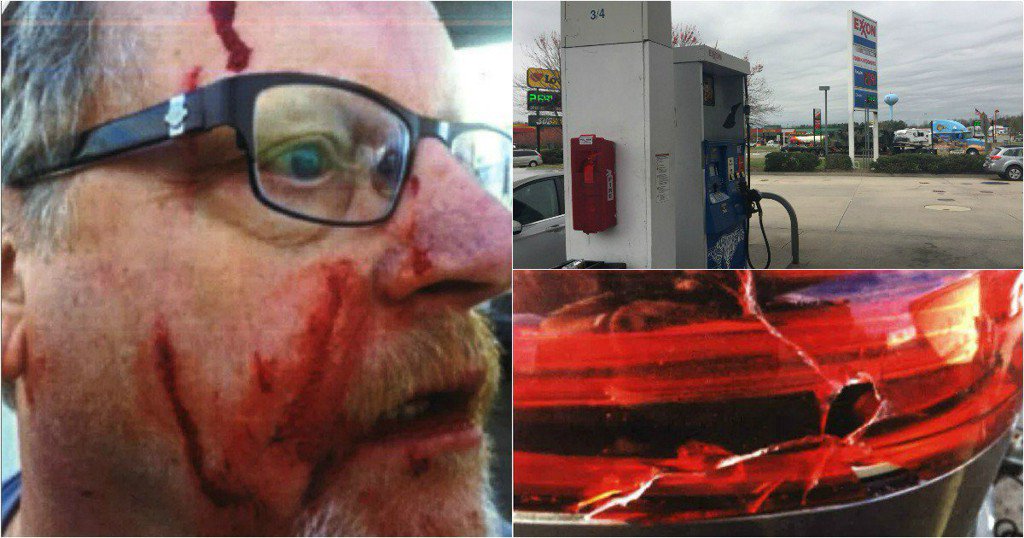 A black woman at a Virginia gas station took a hammer to a man’s face, car and boat on Saturday because she was “sick of fancy white people.”

According to NJ.com, a 26-year-old woman from Newark, New Jersey named Angela M. Jones may face hate crime charges for the incident.

The victim, only identified as “Bob,” was pumping gas when Jones pulled her car up, blocked him in and proceeded to yell at Bob, referencing his “fancy boat” and saying that she was “sick of fancy white people.”

She took a hammer to the boat and the car, and a physical altercation ensued, with Bob getting stuck in the head with the hammer. The hammer eventually broke on the boat after Jones hit it again, after which she fled, WTVR reports.

The alleged perpetrator was able to be identified due to a witness taking a picture of her car.