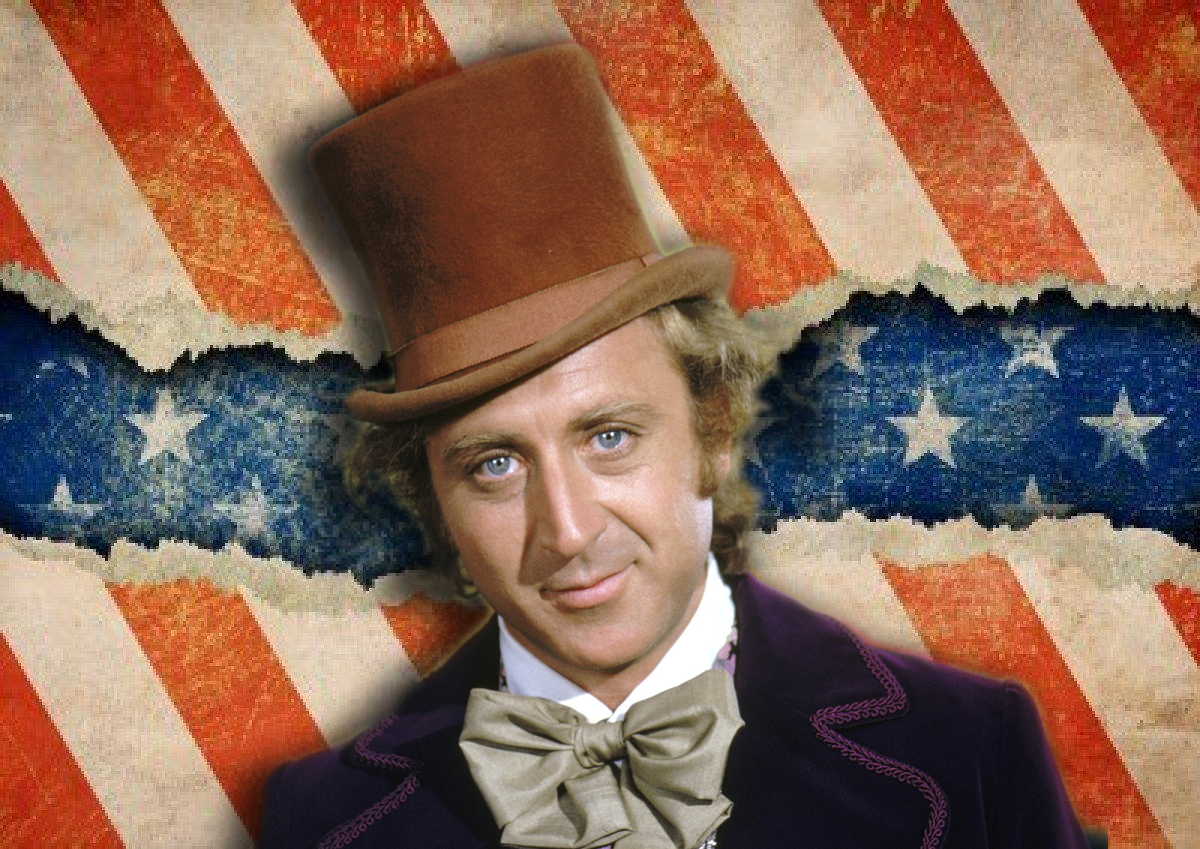 What Lessons did Wonka have for Libertarians?

Gene Wilder passed away yesterday at 83 years of age. Wilder is known for his work in “Blazing Saddles,” “Young Frankenstein,” and many other films.

In honor of Wilder, we at TLR are going to examine one of the cardinal personalities he adopted: Willy Wonka in the 1971 film “Willy Wonka and the Chocolate Factory.” Whether you loved suspense, drama, comedy, or even his famous internet meme (Condescending Wonka) Wilder entertained millions across the world and will be remembered for generations and beyond in the world of film for this role.

Wonka was famous for teaching us not to be sinful, but patient, kind, and humble. The greatest thing about Wonka is that both young and old readers and moviegoers knew him. Everyone who read the book loved it, and there was a movie for Gen X in 1971 and for millennials in 2005.

Wonka was a capitalist, through and through. He employed hundreds (perhaps thousands) of workers, improving their living standards and giving them purpose in life. He produced commodities that everyone loved and cherished, gave children someone to thank for their candy and adults someone to aspire to be. It was only until he began the Golden Ticket contests did a select few fans get a glimpse of what made Wonka tick.

For Wonka, running a business wasn’t about making money or living large. In the eyes of every successful businessman, there’s more to running a successful capitalist empire than dollar signs and cheap thrills. Wonka had a love for his craft and new when it was time to call it quits. Some of them learned this lesson harder than others, and for the one who truly understood the rules of how to succeed in capitalism, possibilities were endless. Here are 5 things Wonka taught us about Capitalism and the free market.

Augustus Gloop was the first to go on Wonka’s Golden ticket tour when he let himself go on the chocolate river. Gloop’s lack of self-control resembles the mistakes of many corrupt CEOs and greedy “1%ers” as seen in the media. Gloop didn’t care what he polluted or who was affected by his negligence. Gloop only cared about himself and his bottom line.

But, like in a true free market, those who played fair and didn’t over-indulge turned out fine, whereas the one who didn’t is punished and suffered the consequences. Imagine Gloop as a corporation which polluted a river to save money or extract resources. The Oompa Loompa who owned that river paraded him around, making a fool out of him for his bad behavior and embarrassing him in front of the public. Wonka, undoubtedly the government in this scenario, let nature take his course and Gloop was removed from the scenario. Notice how Wonka did not bail Gloop out or try to enact his own punishment because he knew the Oompa Loompas who were put directly at risk knew exactly what needed to be done to their aggressor. This is how a market should function.