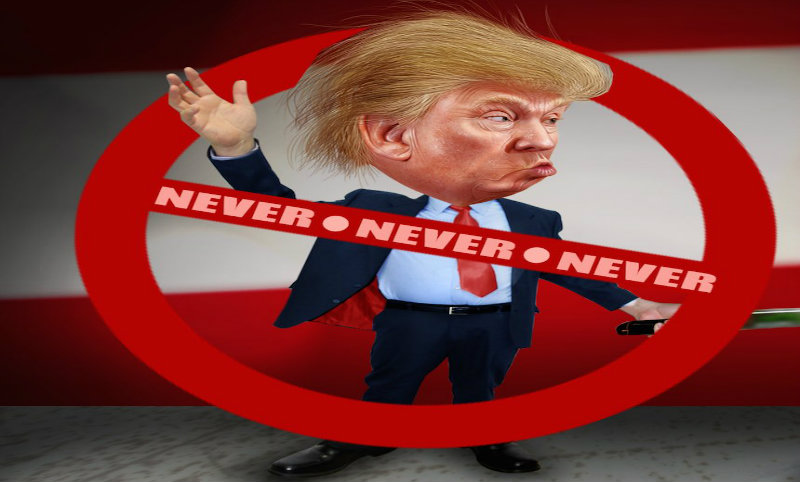 As a registered Republican who has libertarian leanings, I have been asked, guilted, and even demanded to vote for the Republican presidential nominee, Donald Trump. And you know what? I’m taking a stand for all Republitarians, Conservatarians, and disaffected Republicans and stating, unequivocally: NO.

And to that end, I have often been met with two different types of responses:

1. Voting for Gary Johnson is a wasted vote. 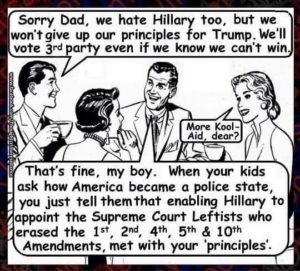 Now, as to point number one, I don’t need to spend too much time combating. The basic reality is that the only wasted vote is a vote in somebody you don’t believe in. If you don’t believe in someone and cast your vote for them in despair, you’re the one wasting your vote (looking at you, Mark Levin).

As for point number two, though already covered quite well by Kevin Daley, I feel a need to expand upon his article after the recent finger-pointing of “blame” by the likes of individuals such as Sean Hannity and Laura Ingraham.

Now while I don’t see philosophically eye-to-eye with the like of Jonah Goldberg, John Kasich, Ben Shapiro, and several other #NeverTrump folks, I can understand entirely why they cannot, in all good conscience, vote for Trump. And yes, a lot of their stance goes back to point number two as posted above: principles.

I hardly am advocating that each #NeverTrumper is a principled individual (*cough* Lindsey Graham *cough*), but several are, such as Glenn Beck, Shapiro, and several others. And yet the Trump crowd continues to spout off the nonsensical attack against said #NeverTrump because of one key issue: Hillary Clinton picking Supreme Court Justices.

Okey dokey, then.  Let’s explore this notion, shall we?

The entire GOP argument for voting for Trump is to stop Clinton from appointing liberal Supreme Court justices. And yet, throughout the entire primary, Trump has lied time and again, and it’s documented. These are facts. And yet I’m supposed to trust him now.

Yet surprisingly, I’m in the majority of the GOP who didn’t buy it either. But the plurality of voters bought it, and now they have to live with their decision. I hold no sense of regret nor responsibility in the outcome of this election.
And again, Trump told me he didn’t want nor need my vote. So should I take him at his word then? Or was that also a lie?

So no, Trump neither deserves nor wants my vote. He told me so. Right?

Wish granted to Trump and all those who propped him up the entire campaign season, with a special congrats to Hannity, Ingraham, Ann Coulter, and several others over at Fox News.  They chose their golden lamb, and they convinced a minority, but yes a plurality, to not only support Trump’s hostile takeover of the GOP, but to blindly ignore any negative aspect of him because WE HAVE TO STOP HILLARY.

So no. I’m not simply stubborn. I’ve watched this election with disgust and despair. The Party which was supposed to define limited government has nominated a lifelong progressive who has spent a lifetime donating to liberals, and now I’m supposed to support him to stop the liberal whom he so strongly supported both financially and personally.

These Are The Top 5 Libertarian War Heroes of All Time