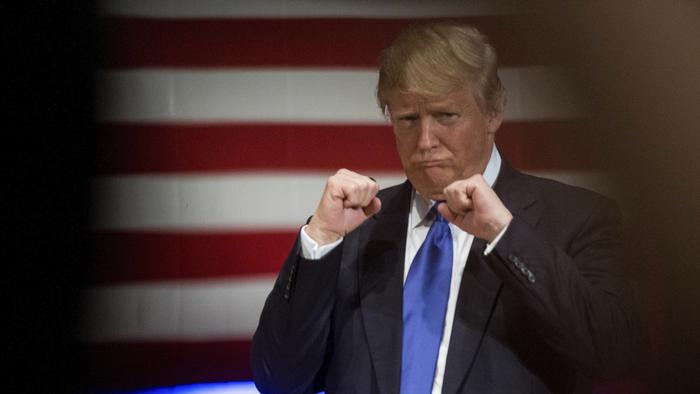 Reason’s Damon Root surveyed 10 leading conservative and libertarian scholars, asking if the ascendant liberal majority on the U.S. Supreme Court was reason enough to rally around Trump. Of the group surveyed, five said no and three said potentially, but said they personally don’t hold that position. Only two agreed with the proposition. None expressed enthusiasm about Trump’s candidacy.

“As much as I care about the courts, worrying about jurisprudential doctrine is a luxury for people living under basically free and stable governments, for people who have access to food and toilet paper,” said Alan Gura, a Supreme Court litigator in private practice who also teaches at Georgetown University Law Center. “And absolutely nothing in Trump’s history suggests that he’d honor his proposed judge list or otherwise pick decent judges, while each of his proclamations indicates that the Supreme Court would be among the least of our concerns under his regime.”

George Washington University Law School professor Orin Kerr was equally bleak. “Even if we assume that Trump Supreme Court nominees would be somewhat better than Clinton Supreme Court nominees, the damage that Trump would do to constitutional governance and the rule of law directly through the executive branch greatly outweighs any positive impact on the courts,” he said.

Roger Pilon, director of constitutional studies at the Cato Institute, corroborated that analysis. “He is an aberration that we must get past, and quickly,” he said of the Republican nominee. (RELATED: Hillary Clinton’s SCOTUS Short List Is Emerging)

Others were more sanguine.

“I certainly believe that the future of the Supreme Court is ‘a reason’ to support Trump,” said professor Michael Rappaport of the University of San Diego School of Law. “There are no assurances, but I do believe it is likely that he will choose someone from the list he issued previously (or someone similar). Is it strong enough reason to overcome the other reasons not to vote for him? To me, it depends on one’s perspective.”

Root’s findings largely mirror those of the New York Times’ Adam Liptak, who found most of the conservative and libertarian legal intelligentsia aligned against Trump.

“You would like a president with some idea about constitutional limits on presidential powers, on congressional powers, on federal powers,” Professor Randy Barnett told Liptak in June. “And I doubt he has any awareness of such limits.”

Professor Richard Epstein, who boasts appointments to multiple elite law faculties and is widely considered one of the most influential legal scholars of this generation, gave a historical analogy expounding Barnett’s fear, citing Andrew Jackson’s infamous (and suppositious) vow to disregard the Supreme Court’s ruling in Worcester v. Georgia, which struck down a state law forbidding non-Native Americans from visiting Indian reservations without a license.

“I can easily see a situation in which he would take the Andrew Jackson line,” he said.