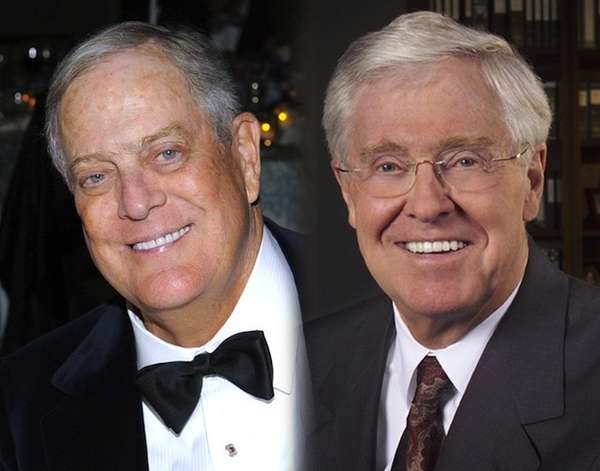 Conservative industrialist Charles Koch doubled down on his decision to not support the Republican nominee and announced he won’t run a planned series of anti-Hillary Clinton ads.

The network of donors organized by the Koch brothers, known as the Koch network, announced Sunday they had no plans to launch negative ads against Democratic nominee Hillary Clinton.

Koch has been open in his opposition to the Republican nominee, but told reporters that any claims he plans to support Clinton were “blood libel.”

“At this point I can’t support either candidate, but I’m certainly not going to support Hillary,” Koch told donors, according to CNN.

Trump tweeted Friday that he skipped a meeting with the Koch group.

I turned down a meeting with Charles and David Koch. Much better for them to meet with the puppets of politics, they will do much better!

The Koch brothers told CNN Sunday they were not aware of any plans to meet with the Republican nominee.

The group originally planned on spending large amounts of money on the presidential campaign, but aimed to help battleground Senate campaigns instead after Trump won the nomination.

“We’re not going to give any money to support Donald Trump,” donor Chris White told the Associated Press.

Koch told reporters his first responsibility was “to preserve the country’s financial future and to eliminate corporate welfare.” Koch continued, “Since it appears that neither presidential candidate is likely to support us in these efforts, we’re focused on maximizing the number of principled leaders in the House and Senate who will.”

The Koch network plans to spend $750 million this election cycle, with $20 million already spent in ads in major battleground Senate races. They plan on spending $250 million in ads in the five races.