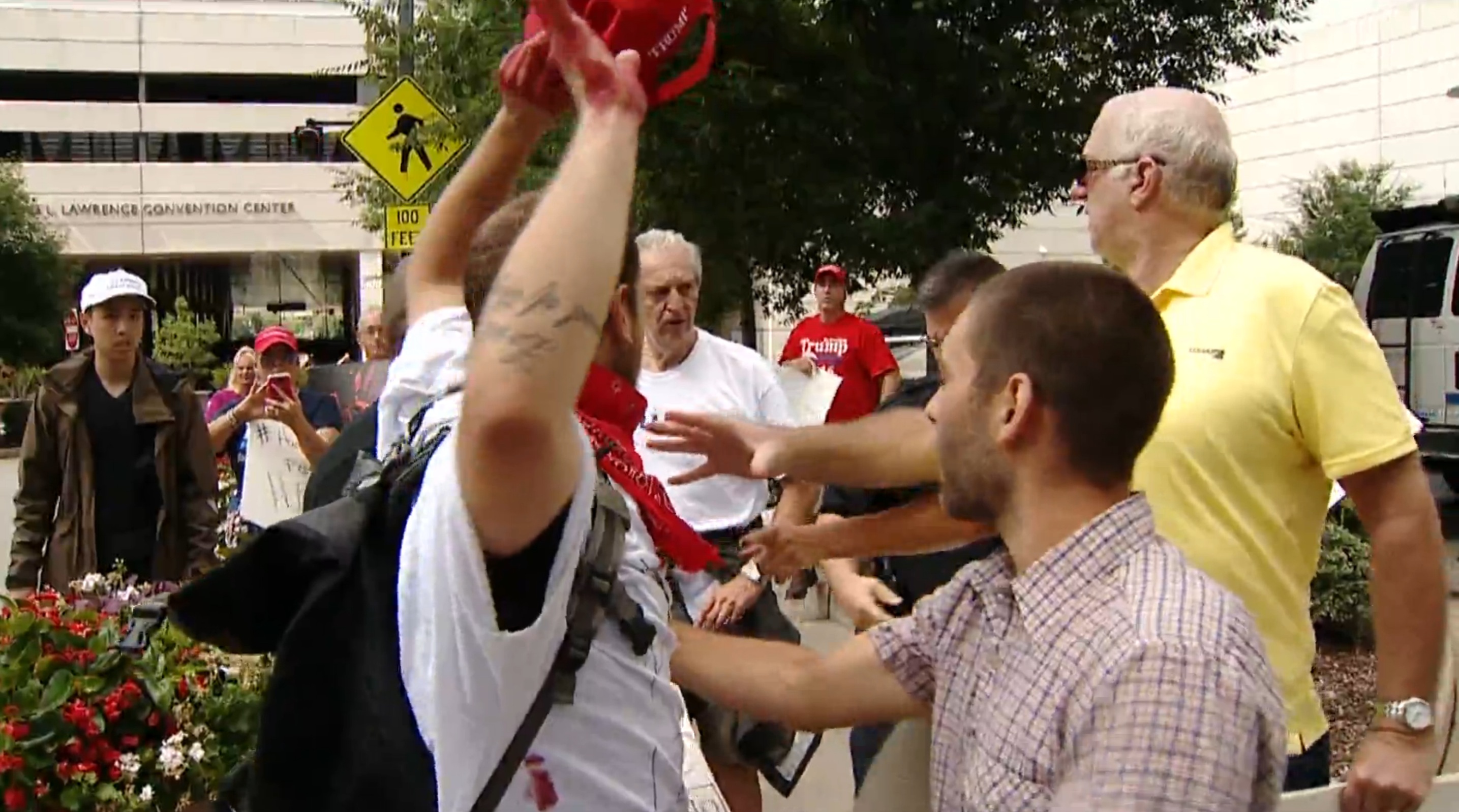 A Hillary Clinton supporter was arrested Saturday after attacking an elderly gentleman outside of a Clinton rally in Pittsburgh.

According to CBS Pittsburgh, 23 year old Joshua Sturman approached a group of Donald Trump supporters outside of the Convention Center in Pittsburgh where Democratic nominee Hillary Clinton and running-mate Tim Kaine were set to speak. Sturman tried to light an American flag on fire and bystanders took action. 67 year old Richard Dillon, a Trump supporter, attempted to grab the flag from Sturman, fearing for the group’s safety.

Sturman than attacked Dillon, taking him to the ground. Dramatic video captures the scuffle between Sturman and Dillon:

(Video courtesy of the Daily Mail)

Bystanders were able to remove Sturman who was quickly apprehended by police. The Pittsburgh-Tribune Review interviewed Dillon shortly after the incident.

“Symbolically, he was saying, ‘I will burn down everything you stand for, beginning with the flag, Old Glory,’ said Dillon. “We cannot let the country be commandeered by people like that,” he continued.

Tricia Cunningham was also present when the attack took place, and told the Tribune, “you ain’t burning our flag. I’m the daughter of a Marine. There is no First Amendment when it comes to destroying the United States, as far as I am concerned.”

According to CBS Pittsburgh, Sturman is being charged with disorderly conduct, simple assault, recklessly endangering another person, and causing or risking catastrophe. A preliminary hearing had been set for Aug. 10, and Sturman remained in police custody.

5 Most Un-libertarian Positions of Gary Johnson