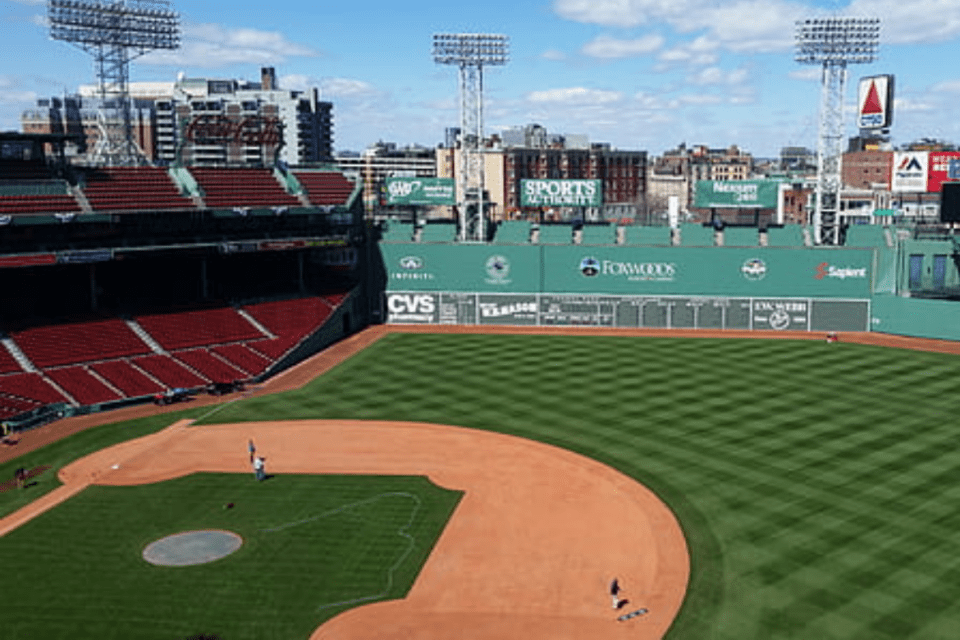 Baseball and basketball might be returning, but the boo birds and thunder sticks will have to wait ‘til next year.

Save for the Toronto Blue Jays, baseball teams have begun playing in their regular stadiums without fans. Meanwhile, all NBA games will be played inside the Orlando bubble before empty crowds.

For sport psychology researchers like me, this is an extremely rare opportunity: We can see what happens when fans disappear for an extended period of time. Almost like a controlled experiment, it will be possible to compare the outcomes of games with and without fans, with all other things being approximately equal. We’ll even be able to compare fan-less home stadium games, like those starting up in baseball, to fan-less neutral site games, like in the NBA.

For these reasons, it might be possible to see the extent to which fans and stadiums play a role in an oft-debated aspect of sport psychology: home field advantage.

Despite evidence that it’s diminished a bit over time, the advantage of playing at home – whether on a field, court or ice – is definitely real.

In college sports, the advantage for the home team can be even more stark. SEC conference football games were won by home teams 61% of the time in 2019. For the ACC conference in men’s basketball in 2020, it was 63%.

And yet the source of that advantage has never really been identified. Analysts have attributed it to a variety of factors. Some say the away team struggles because of travel fatigue. Others think it’s because the home team has a certain familiarity with the field – the playing surface in football or the park dimensions in baseball. Some claim it’s because the referees and umpires are influenced by the crowd and are thus biased in favor of the home team, or that stadium sounds and a jeering crowd can get in the heads of opposing players.

Psychology researchers have also puzzled over the cause of home field advantage.

Psychologist Robert Zajonc proposed a theory called social facilitation, whereby a performer’s “arousal” increases in the presence of others. In this context, arousal means that you care more about what you’re doing when you’re being watched. For athletes, it implies that they’ll be more motivated when there’s a crowd. And if the crowd is supportive, this might “facilitate” a better performance from the athlete.

But since then, others have reported that the effects of social facilitation in studies of sports have tended to be weak. And there are some who believe that the crowd has nothing at all to do with performance.

We’ll have to see what happens over the course of the baseball and basketball seasons. But the Bundesliga, Germany’s top soccer league, began playing without fans back in the middle of May, and players have noted that something seems to be missing during these games.

“The stadium is always full at Bayern, and it’s really amazing,” Bayern Munich midfielder Joshua Kimmich said. “You feel more when you score a goal. It’s more emotional when there are fans.”

I know from my own research that heightened emotions aren’t necessarily helpful. They can cause you to overthink a situation or become nervous. But they can also improve performance if you’re feeling particularly in control and confident. The latter feelings can, in fact, lead to better-than-usual, clutch performance.

So what happens if we remove the fans in the stands, but everything else stays about the same?

Before the pandemic, Bundesliga home teams had won 107 games, lost 100 and tied 63 times. Excluding the ties, this win-loss percentage for home teams – 52% – was comparable to those in other leagues, translating to a modest home-field advantage.

When play resumed without fans, Bundesliga home teams fell apart for the first six weeks: Their win-loss percentage was an embarrassing 29%. Outlets like The New York Times and ESPN noticed, and ran articles wondering if, without fans, home-field advantage had vanished.

But then the results started to shift in mid-June. Over the final three weeks of the season, Bundesliga home teams’ winning percentage surged to 63%.

Right around then, the other European leagues began play.

England’s Premier League home team winning percentage before the pandemic was 60%; since restarting, their success rate has been identical. Before the break and with fans, Spain’s La Liga home teams’ win-loss rate was 66%; afterward, it’s been a respectable 56%. Home teams in Italy’s Serie A have actually been more successful so far without fans – 58% – as compared with before, when they won 52% of home games before packed stadiums.

It seems the early struggles of home teams in the Bundesliga were more of an outlier.

It’s all a matter of perception

So maybe outlets were too quick to attribute home-field advantage solely to the presence of the fans. Based on this preliminary data out of Europe, the advantage seems to be preserved, even in empty stadiums.

Could it be that even without fans, players still believe they have an edge at home?

Sport psychologists have studied how athletes’ perceptions of their environment can influence performance.

A survey by psychologists of female college basketball players suggests that athletes perceive their team’s collective efficacy – or confidence as a group – to be greater at home.

[You need to understand the coronavirus pandemic, and we can help. Read The Conversation’s newsletter.]

So it’s entirely possible that players interpret their home stadium environment as more comfortable, regardless of whether or not there’s a crowd. This perception leads to more confidence among the players at home, which may be the root cause of the home advantage.

In other words, the advantage might not necessarily come from the cheers or the refs. It’s simply the belief that playing at home makes you play better that gives you an edge.

Back when the Premier League was considering a plan to restart the league at neutral sites instead of home stadiums, Watford CEO Scott Duxbury objected to the proposal. “We are now told we cannot play our remaining home games at Vicarage Road and the familiarity and advantage that brings,” he complained.

Maybe Duxbury was right about the advantage of familiarity, after all – even when there are no fans in the seats.

Why You Should Invest in CBD