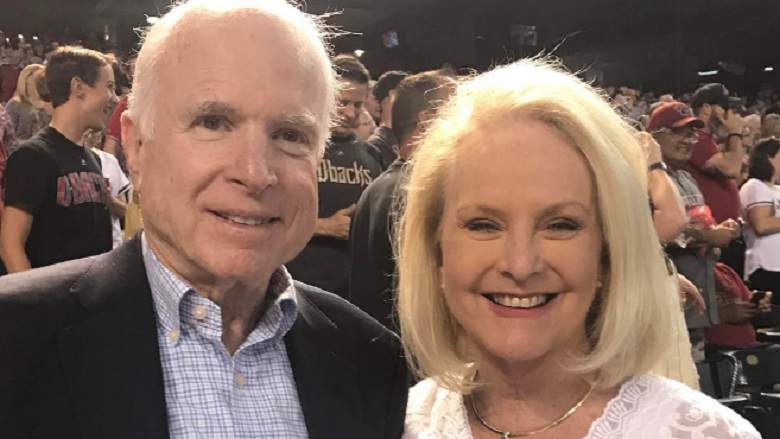 Arizona Republican Gov. Doug Ducey is tasked with appointing a Republican to replace Sen. John McCain, who served in the Senate for 32 years and passed away Saturday.

Ducey resisted discussing possible replacements when the senator was alive, even as he underwent treatment for a fatal cancerous brain tumor caused by glioblastoma, and criticized candidates outwardly lobbying for the position.

“They’ve basically disqualified themselves by showing their true character,” Ducey told a local radio station in Arizona, KTAR, in December.

Some speculate that McCain’s wife, Cindy, may be a possible replacement, although conservatives from the base are pressuring Ducey, who will go up for reelection himself in November, to appoint someone who is loyal to President Donald Trump to fill the vacant seat, according to reports by The Wall Street Journal.

The replacement, who will be selected by gubernatorial appointment under Arizona state law, must be a member of McCain’s party, and will fill the vacant seat for the next two years, until a special election in 2020 can determine who will complete the remainder of McCain’s term in the Senate. The seat will be up for reelection for a complete six-year term in 2022.

Other potential appointees include Kirk Adams, Ducey’s chief of staff; Barbara Barrett, former gubernatorial candidate and wife of retired Intel Corp. Chief Executive Craig Barrett; Karrin Taylor Robson, who was appointed to the Arizona Board of Regents by Ducey in 2017; and Eileen Klein, who was appointed as state treasurer by the governor in 2018, according to the Arizona Central.

Ducey himself will not be replacing McCain in the Senate, according to comments released earlier in 2018, Politico reported.

Ducey tweeted his sympathies and support to the McCain family Saturday after the senator’s passing, calling McCain “A giant. An icon. An American hero,” but he did not mention anything about a potential appointment to his spot.

A giant. An icon. An American hero. God bless @SenJohnMcCain. He will never be forgotten.

My full statement on the life of an incredible man we were blessed to call a fellow Arizonan: pic.twitter.com/cyhUetFyMH