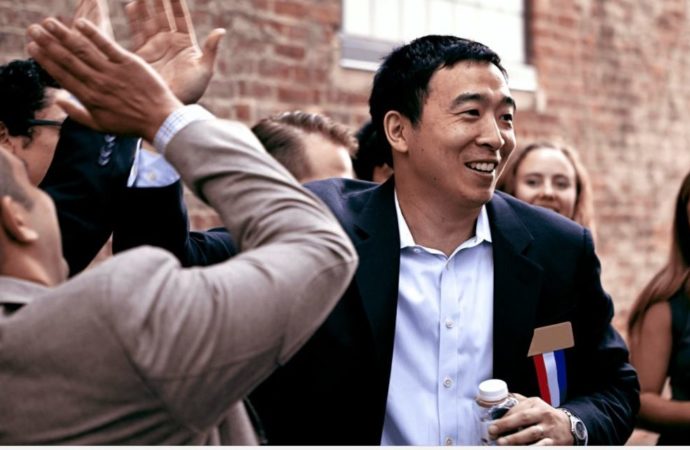 If you have yet to hear of the Universal Basic Income as proposed by 2020 Democratic presidential nominee Andrew Yang, you may have not been paying much attention to politics.

His plan to give every American adult $1000 dollars a month no questions asked, is very much in vogue, despite it not being a new idea.

In fact, the idea takes root in the philosophy of Milton Friedman, father of Chicagoan economics and the economic thought-leader of modern libertarians and constitutional conservatives. Friedman may not have came up with the idea himself, but he is certainly the intellectual godfather of its modern relevance.

Fridman originally proposed the measure in his book Capitalism and Freedom, which is  a must-read for anyone who wishes to learn how markets and economies function optimally. He envisioned this policy providing a “comprehensive reform which would do more efficiently and humanely what our present welfare system does so inefficiently and inhumanely.” In other words, he saw it as a replacement for the welfare system which he regarded as a bloated and inefficient.

It stands to reason that just cutting everyone a check every month would be a lot more efficient and cheaper than having an incompetent bureaucracy that treats humans as numbers to be sorted into different categories of required care.

It is also a more humane method of helping the worst-off among us, as by giving them cash to do with what they will seems a lot more dignified than deciding where that money should be spent through restrictive programs like food stamps that seem to regard their recipients as people without free will.

It is also important to remember that Friedman saw it as a suitable option as a replacement to the the welfare state and to be implemented within a largely laissez-faire system.

Yang sees it as neither, but rather uses the proposal to pander to the same support base that carried President Trump to victory in 2016.

Yang has trotted the proposal around the country as a fix-all to some job apocalypse he foresees. He predicts that automation will eliminate a lot of menial jobs, and uses this prediction to stoke class angst amongst working-class whites in the Rust Belt.

His dire predictions are ignorant of the history of free markets. The history of capitalism is one of creative destruction, with some industries dying off to be replaced by new ones no one could have ever predicted.

For example, the advent of the automobile in the early 1900’s eliminated a whole sector of the economy- the buggy industry. Yet even more jobs were created by the auto industry and we were all better off for it- with superior transportation technology, and newer, better paying jobs than before.

If we are to implement UBI, it should be within the context of how it was originally prescribed by Milton Friedman- as a wholesale replacement to the welfare state and to compliment laissez-faire economics, not to stoke angst against our current system and effectively buy votes.