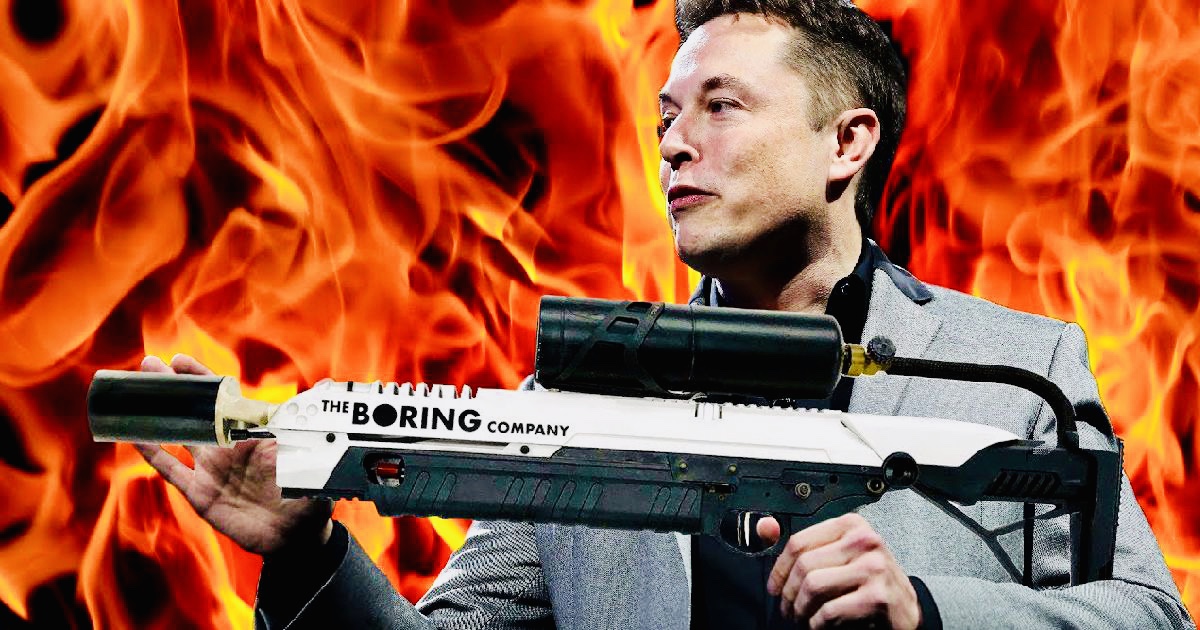 For the third Congress in a row, Rep. Eliot Engel has reintroduced his Flamethrowers? Really? Act, which serves no purpose other than to highlight Congress’ overcriminalization problem.

The bill would make it a crime to own or transfer a flamethrower.

When the New York Democrat last introduced the bill in 2018, it attracted attention because it followed hot on the heels of inventor-entrepreneur Elon Musk’s marketing stunt for his tunnel-drilling company, the Boring Company. Musk sold 20,000 flamethrowers to advertise and raise funds for the company.

Musk joked that the flamethrower “[w]orks against hordes of undead or your money back!” Not to be outdone, Engel also created a tool to fight an imaginary problem.

Engel said that his bill, H.R. 2671, reintroduced May 10, would “finally put some commonsense laws on the books when it comes to sale [sic] of flamethrowers in America.” But as a former Heritage Foundation legal fellow, John-Michael Seibler, explained when Engel first introduced the act in 2015, there is no flamethrower problem to solve.

The lack of a national flamethrower problem can be seen from the scarcity of flamethrower-related cases within FBI crime data and the Justice Department’s annual prosecution data.

Joshua Prince, an attorney with the Firearms Industry Consulting Group, said there has not been “a documented case of an individual using a flamethrower in commission of a crime.”

And that makes sense, since flamethrowers aren’t exactly the first choice for someone who wants to rob a bank or steal a car. Pull the trigger, and you burn the cash or blow up the car. Get in a shootout, and it might be you who blows up.

If someone were to commit a crime with a flamethrower, there are plenty of federal and state laws that would prohibit and punish all of the harmful conduct that could conceivably result. So, there’s no factual or legal need for a federal flamethrower bill.

A 1998 report from the American Bar Association’s Task Force on the Federalization of Criminal Law, which former Attorney General Edwin Meese III led, concluded that the expanding scope of federal criminal law is “not only misguided and ineffectual, but has serious adverse consequences.”

Those consequences include law enforcement resources stretched too thin; congressional attention diverted away from criminal activity that the states cannot address; duplicative prosecutions; and a violation of the intent of the Framers of the Constitution that the states, not the federal government, be responsible for what Alexander Hamilton called “the ordinary administration of criminal and civil justice.”

Some members of Congress are working to reverse overcriminalization, but bills like the Flamethrowers? Really? Act are steps in the wrong direction.

GianCarlo Canaparo is a legal fellow in the Edwin Meese III Center for Legal and Judicial Studies at The Heritage Foundation.