Who Is The Top Boxer? 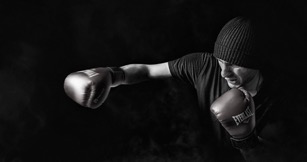 Who is the top boxer? Finding an answer to this questing can be a bit of a challenge. Some believe that Floyd Mayweather is considering he rakes in millions from his fights. Also, he has an impressive record. Others believe that Manny Pacquiao is since he’s been in the scene for quite some time and still gives the younger and upcoming boxers quite a challenger.

We also can’t forget about Vasyl Lomachenko who has smashed several records or Anthony Joshua after his famous win against the world champion, Wladimir Klitschko, can we? Well, the following is the pound for pound boxing ranking of the best fighters.

Holding the 10th slot is Anthony Joshua. The boxer from Great Britain is well remembered for taking the crown form Wladimir Klitschko. He is currently the super heavyweight champion and holds IBF, IBO, WBA, and WBO titles. His record currently stands at 22-0-0.

Next, we have Mikey Garcia who’s considered among the best fighters in the new age. He has an impressive rescored of 39-1-0, having won 39 bouts and only lost one. Many rank him among the top four-weight champions despite having lost against Errol Spence recently.

Errol Spence scored big against Mikey Garcia. This not only catapulted him into the ranks of the greats but also sees him as a potential future world champion. With an amazing record of 25-0-0, he is yet to lose a fight. And if the current form and previous performance is anything to go with, then this a boxer is worth watching out for.

Holding the 7th position is Naoya Inoue. Many people know him as the “Monster” from his fighting style. He Prefers being the aggressor and maintains peak performance throughout. Currently, he is yet to lose a fight and his record stands at 17-0-0. He holds the WBA bantamweight title.

There is no doubt that Gennady Golovkin has a stellar career. This is evident from the current record of 38-1-1. His only loss coming in the hands of one of the greatest pound for pound boxers, Canelo Alvarez. The loss, however, didn’t deter him for he is still showing very good form.

Srisaket Sor Rungvisai has had a long boxing career. The Thai boxer is a two-time super flyweight champion under WBC. His record stands at 47-4-1 and still has what it takes to be a world champion.

Terence Crawford scored a good one against Amir Khan. To date, he is yet to lose a fight and his record stands at 34-0-0. The three-weight champion of the world does have what it takes and we can expect an even better performance from him in the future.

Canelo Alvarez is a name that seems to stand out when it comes to the best for pound boxers. At only 28 years old, he has fought 54 professional fights and has lost only once. The
The three-weight world champion is quite the boxer. He has stopped the likes of Gennady Golovkin and is expected to continue with the good performance.

Oleksandr Usyk is the undisputed cruiserweight champion of the world. The yet to be defeated boxer has won all his previous fights (16-0-0). He is also the only boxer to have held all the 4 major world championship in the cruiserweight division all at once.

The first position of the best pound-to-pound boxer goes to Vasyl Lomachenko. Having left the amateur scene not long ago, the boxer is giving the more experienced professionals a run for their money. With a track record of 13-1-0, he has only lost one fight. He is currently the unified lightweight champion of the world.