“The War Powers Act is unconstitutional.”

“Then your favorite president wouldn’t have been able to conduct his foreign policy.”

Wow, that went from 0 to Iran-Contra very quickly. It was a discussion between me and my college professor. His reference to my “favorite president” meant Ronald Reagan. Reagan is indeed one of my favorite presidents because, as I alluded to before, his foreign policy was much more limited and informed than others we have seen.

My strong and loud declaration that the War Powers Act is unconstitutional might have been a bit dramatic. I tend to take extreme positions just for the heck of it and it happened a lot in college. I was known as that libertarian girl. You know, the one still making isolationist arguments when discussing World War 2, passionately defending over-the-counter birth control and legalizing prostitution, carrying a Gadsden flag around campus, and fervently insisting the 17th Amendment is wrong.

No one that I can see is arguing that the War Powers Act is completely unconstitutional, but some in Congress are finally demanding their constitutional power when it comes to war approval.

On January 9, the House passed a resolution to limit a president’s ability to wage war with Iran. All Democrats voted for it except for eight members who are known to be moderates and/or facing difficult reelections in districts that Trump won.

All Republicans voted against it except for three. The dissenting Republicans include: Matt Gaetz (R-Fl), Thomas Massie (R-Ky), and Francis Rooney (R-Fl).

Neither Congressman Gaetz nor Massie are against Trump, but, let’s be honest, anti-Trump hysteria is likely the main motivator behind the Democrats’ new-found concern about executive overreach and endless war. However, for Gaetz and Massie, the principle of congressional approval for war is the main thing at stake.

We have been at war in the Middle East for 18 years. The authorization for military force in Iraq was passed in 2002 and they’re still using it. Gaetz is adamant that this resolution did not criticize Trump for killing the Iranian General Soleimani. He celebrates what he calls the “Trump Doctrine” where we “kill the terrorists and come home”. He voted for this resolution because if any president wants to drag us into another war, they need to gain congressional approval.

What usually happens is that Democrats get concerned with overreach, congressional approval, checks and balances, and constitutional limits when it is a Republican in office. Then, act like nothing is wrong when their preferred candidate has the power. Republicans do the same thing. Governmental power is rarely limited in a serious way and so we have a behemoth federal government, and an ongoing war that is older than some of the soldiers fighting it.

The War Powers Act might not be unconstitutional, but a resolution to limit presidential power to declare war is definitely sensible… and conservative. 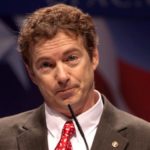 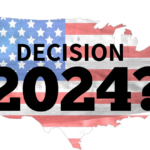 Opinion: Too Soon? Five Rising GOP Stars To Watch In 2024