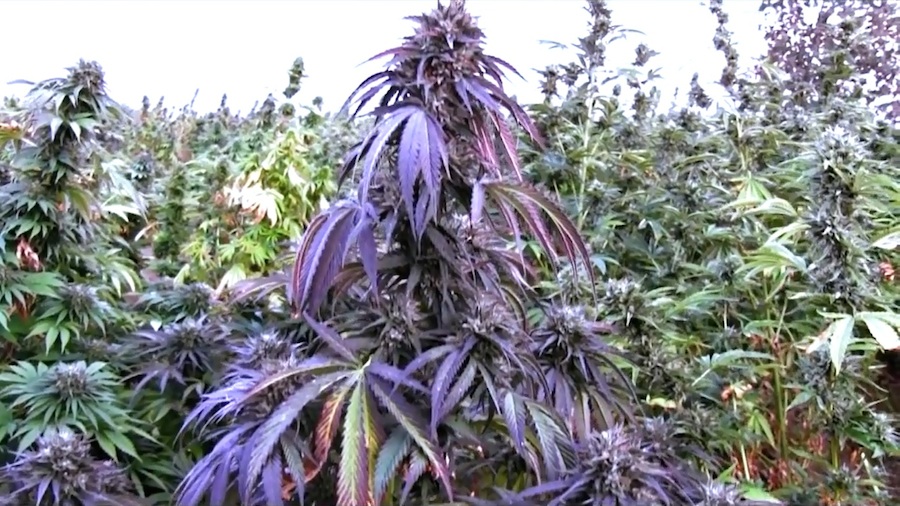 With the recent legalization of both recreational and medical cannabis in several states in the US, everyone is wondering where the US will fully legalize cannabis, and according to researchers, it’s just a matter of waiting.

Researchers have tried to predict when legalization will occur, by looking at the laws and current regulations, the analysis took in consideration everything, not only the populations will and the result is kinda complicated.

Cannabis Legalization In The US

Since 2012, more than 15 states have legalized cannabis consumption for adults over the age of 21 and more than 35 have legalized medicinal use; Other states including New Mexico and Virginia have already voted and/or passed legalization but the laws are yet to take effect; This means that there really is the interest to pass medical and recreational use but the details are yet to be taken care of.

Also, Canada legalized cannabis federally in 2018 so it’s highly probable that the US will do the same, although cannabis is still considered an illegal Schedule 1 drug by the US government in some places so it may take a while; Now, Joe Biden’s victory has proven to give cannabis a boost in the United States due to the SAFE Banking Act being introduced in the chamber of Congress. Biden has said that he would support, at least, federal decriminalization and that cannabis reform will be a priority.

What 2020 revealed about the future of cannabis legalization

All of the initiatives related to cannabis decriminalization or legalization have passed in the 2020 elections; For example, New Jersey and Arizona legalized the adult recreational use of cannabis while Mississippi legalized medicinal use and South Dakota legalized both medical and recreational use.

Apart from the states mentioned above, more than 15 states have also legalized cannabis for recreational use recently while more than 35 states are currently allowing its medicinal use so the future is very promising.

As for 2021, there are a total of 15 recreational cannabis states and 48 states allow some form of medical cannabis; Every US state except for Nebraska and Idaho allow medical cannabis although many are very restrictive.

So you must be wondering, what is the difference between medical and recreational cannabis?

The main difference between medical and recreational cannabis is the CBD and THC content.

Recreational cannabis contains more THC than CBD; THC is the compound responsible for the psychoactive effect usually related to cannabis consumption, this means that THC-rich products are usually consumed by recreational users, despite also having several medicinal benefits while medical cannabis are CBD-rich products that contain a maximum of 0.5% (or 0.3% depending on where you live) THC.

And, what is the difference between recreational and medical legalization? In order to understand this you must know the three degrees of cannabis legalization.

First degree states or territories are those that have legalized adult (recreational) use, these places have already established implementation dates or passed legislation to legalize recreational use.

This means that adults in these states or territories can legally buy cannabis without needing a prescription or anything else other than ID.

Second-degree legalization refers to places that have legalized, implemented or established the use of medical cannabis to provide medicinal use to patients that need cannabis for the treatment of health conditions.

This is usually seen as the beginning of the process that leads to recreational legalization; Second-degree legalization can vary a lot between states but, in general, allows patients to possess and smoke medical cannabis.

Third-degree legalization means that these states or territories have very limited access to medical cannabis products and, in some cases, these places adopt some second-degree measures either by voter initiative or legislation to allow patients to get the treatment they need.

Arkansas is one of the most restrictive in the US, although there is a medical cannabis program, there are very few places where you can buy cannabis legally. Also, the possession of recreational cannabis can lead to 1 year in jail and a fine of up to $2500.

Cannabis has been decriminalized in Connecticut but distribution can still be a felony if you possess a large amount. There is a big medical cannabis program for both adults and minors but recreational cannabis is not legal yet.

California has been the first state to legalize medical cannabis in 1996 with the famous prop 215. In 2016 recreational cannabis became legal and California is now home of hundreds of dispensaries and cannabis cafés but there are some limits. For example, you can only grow up to 6 photoperiodic or autoflowering cannabis seeds and travel with up to 28g.

Recreational cannabis was legalized in 2020, this means that those who are 21 or older can legally possess up to 30g of cannabis flowers and 5g of concentrates.

In Maine, both medicinal and recreational cannabis use is legal. Those living there can possess up to 71g and 5g of cannabis concentrate, and can grow up to 3 flowering plants or 12 plants in the vegetative stage.

Cannabis is illegal for both medicinal and recreational use but decriminalization has started so possession of less than 480g is now considered a misdemeanor, not a felony.

Cannabis is not legal in any way in Idaho and possession of more than 100g is a felony.

You can see that  it’s most likely that cannabis will be legalized soon, some researchers even predicting that it would be fully legalized by the end of 2021 but by looking at the current regulations in some states, it’s possible that it may take longer for cannabis to be legalized at the federal level.

So, the conclusion is that, if all states follow the same tendency, cannabis can be fully legalized by the end of 2021 but, if opposed by some states it could take around 2 more years (in 2023) and, in the worst case scenario, cannabis may only be fully legalized after 2028 which is highly unlikely but still possible.

So the final answer is: It depends on several things, it may take as little as 6 months or up to7 years for cannabis to be fully legalized but, in all cases, you will be able to consume and buy cannabis legally before that.