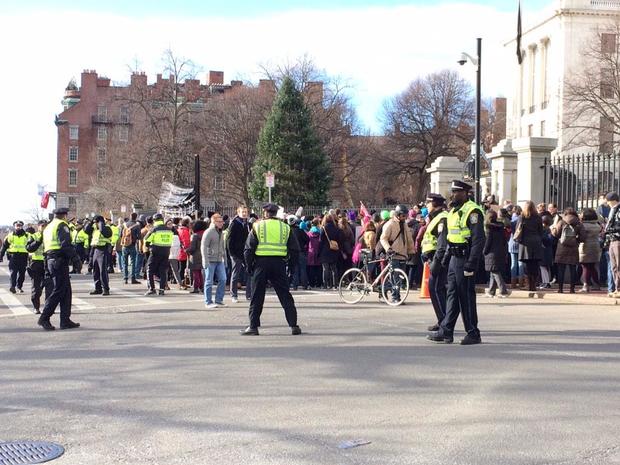 There have been quite a few incidents involving truck drivers and protesters. When drivers try to navigate interstates and roads to deliver needed goods to stores, they are sometimes ambushed by those who are protesting government groups. This means that the truck drivers are unable to reach their destinations safely and on time. It could also mean that the drivers face significant physical danger.

One recent example of violence took place on I-35 in Minneapolis, where a driver encountered hundreds of protesters while making a delivery. Fortunately, there were no injuries as the driver was careful and paid attention to his surroundings. He was also patient while he was in his truck. However, when he got out of his truck, some of the people on the road started beating him.

During the 1992 Rodney King Riots, trucker Reginald Denny was also brutally beaten by a protesting mob in a high-publicity case. Denny was pulled from his truck, and he received severe injuries after his skull was smashed with a cinderblock. To avoid being the victim of a similar incident, follow these steps.

Listen to the Trucking Company

The first thing that a truck driver needs to do when surrounded by protesters is to stay in the truck, making sure it’s locked and the windows are up, and contact the trucking company. Someone should answer the phone and instruct the driver as to what to do to keep everyone safe.

Stay Away From the Area

If drivers know that an area could be flooded with protesters, then they should avoid driving on the roads. They should try to find other ways through and around the city if at all possible. This can help decrease the risk of running into crowds. Another option would be to avoid driving on interstates and major highways as these are usually where protesters tend to gather.

There are some protests that are peaceful. The people who are involved truly want to march for a cause and care about drivers on the roads and the businesses in the towns where they are protesting. These are the areas where truck drivers usually won’t have a problem.

However, if something is said by the driver or by someone at the event, then a protest that’s peaceful can quickly escalate and turn into an event that’s filled with violence. The best thing for the driver to do is to stay silent and try to quickly get through the crowd without drawing any attention to the truck.

There are a few things that the trucking company can do to help drivers while on the road:

The trucking company can consult with the delivery location to find out if there is any unrest in the area or if there are any protests taking place before the truck driver gets on the road. If there are any issues, then the company could send the driver to another city.

Drivers should pay attention to large groups of people or lights on the road and plan to change their course of direction within a few moments so that they aren’t bombarded. Doors should remain locked at all times. If the driver does have to navigate through protesters, then the driver’s seat belt should be removed in order for the person to escape from the truck as quickly as possible before being pulled out.

Drivers can turn on their dash cams in order to record the protesters and any activity that takes place. If a beating occurs, then there is evidence of what happened and possibly a way to identify the individuals involved so that it’s easier to get a conviction if and when the case is taken to court.

If you are a trucker who has been injured by protesters, follow this link for more information about how an Oakland truck accident lawyer can help your case. The trucking company, the protesters who caused the injuries, and other parties may be legally liable.

Technology in the World of Spas