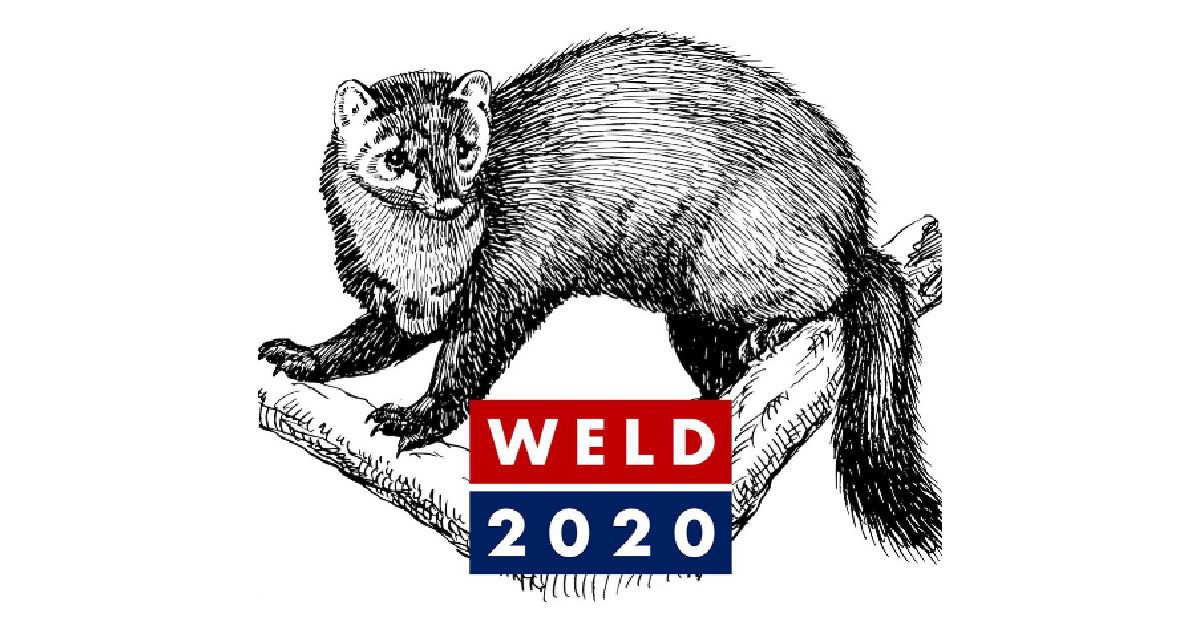 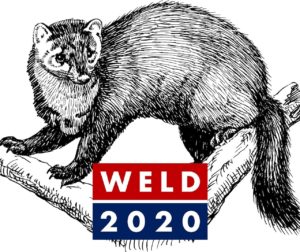 If this was a broadcast, rather than an article, this is the part where I’d pause for dramatic effect while the viewer had a chance to really reflect on the visual. Take as much time as you need.

None of the immediate questions raised have immediate answers. What animal exactly is that? I mean, it looks like a marmot had sex with a badger, whose offspring was then drawn by an artist who received some edibles from Weld’s last running mate and wasn’t sure whether it was supposed to be for the cover of a new Redwall book or an O’Reilly book on coding. What message was the image trying to convey? Was there significance to the limbs of the tree, some metaphor we’re all missing? Is he open about his candidacy being a bit of a joke, and trying to let us in on it like Herman Cain’s chicken? Is this a sign that Bill Weld was ‘activated’?

On further inspection, I believe this is a fisher cat, who are usually portrayed as brave heroes in Woodland Indian folklore.

Seems he’s really chasing that elusive Woodland Indian vote in the GOP primary, which could be just enough to get to a five percent showing this time, against a sitting President with a 90% approval rating with his own party. The fisher cat’s range is mostly through Canada, and last I checked they didn’t even hold primaries for American political parties up there, whether they’re a real country anyway or not.

Although a cat may have been the best mayor Alaska ever had (rest in peace, poor Stubbs), I’m not sure America is intersectional enough yet to elect one to the Presidency.

In any case, I think it’s an understatement that he could have picked a better animal, by a better artist, rather than what appeared to be clipart… and free clipart at that.

The following are just three of the better choices he could have made (feel free to add other suggestions in the comments, because nearly any choices would have been better):

This is the mascot of Libertarianism (almost replaced by Harambe recently), in the way that the elephant and donkey represent the major parties.

Big “L” Libertarians, when asked to swallow the pill of Weld because he was Gary’s choice of VP in 2016, were assured that he was the OG Libertarian, a “lifetime member” (a designation that only meant he had donated enough money to the party), and that he had evolved on some of his less than libertarian positions on things like guns or monetary policy. He gave several assurances to party members that he was in the party for the long haul, and started reminding himself of his political roots, reading ‘Anarchy, State, and Utopia’ by Nozick. He needed to, because he didn’t inspire much in the way of trust.

One doesn’t need to be a member of the Libertarian Party to be a libertarian, by any means. But choosing the porcupine could signal that he’s trying to primary Trump from the liberty Republican wing of the GOP, at least. Positioning himself as closer to Rand, Massie, and Amash could at least give him a shot at a built-in constituency more ideologically moored to specifics than just a blanket “Never Trump” or “orange man bad” grouping that has by-and-large already left the party or accepted Trump as an inevitable fixture until he was no longer President.

Honey badger don’t care. They really don’t. They’re the most fearless animal that’s ever been. They’ll eat honey while getting stung by bees. They’ll take on snakes. I’ve seen video of two honey badgers taking on seven lionesses, and those lionesses gave up. They’ll eat anything, fight anyone, and they really don’t give a shit. I can say if I ever ran for office, I can’t think of many mascots which might be more badass.

When you’re viewed as untrustworthy as politicians such as Weld, Trump, or Biden… why not just embrace it and roll with it as a positive? It seems that Trump certainly has, expecting to be taken seriously but not literally… failing fact checks time and again and just falling back and doubling down on the overall point. It seems to work for him. If you’ve broken promises to an entire political party, all but endorsed Hillary while supposedly running against her, and are basically seen as a snake oil salesman… why not just own it by saying you’ll do whatever it takes to wiggle your way towards your goal? Maybe the best thing for him at this point is embracing his inner weasel.

Or, you know… he could have not symbolized his campaign with an animal at all. I mean, it’s not a common practice or anything in American politics. Or a sloth. It’s the internet he released this on, and everyone knows the internet loves sloths.

This may seem overly harsh. If I were to vote in the GOP primary, of the two I’d pick Weld. I think he’d make a better President than Trump, but I think we all know there won’t actually be a President Weld, or a GOP nominee Weld. Regardless, if his campaign wants to hire a better social media manager or an artist to do a better rendition of a better mascot, I’m sure I could point him in a better direction for free. After all, I could just point in a random direction and it’s not likely to be much more cringey than it is right now.

What Are Building Regulations for Replacement Windows and Doors Winnipeg?