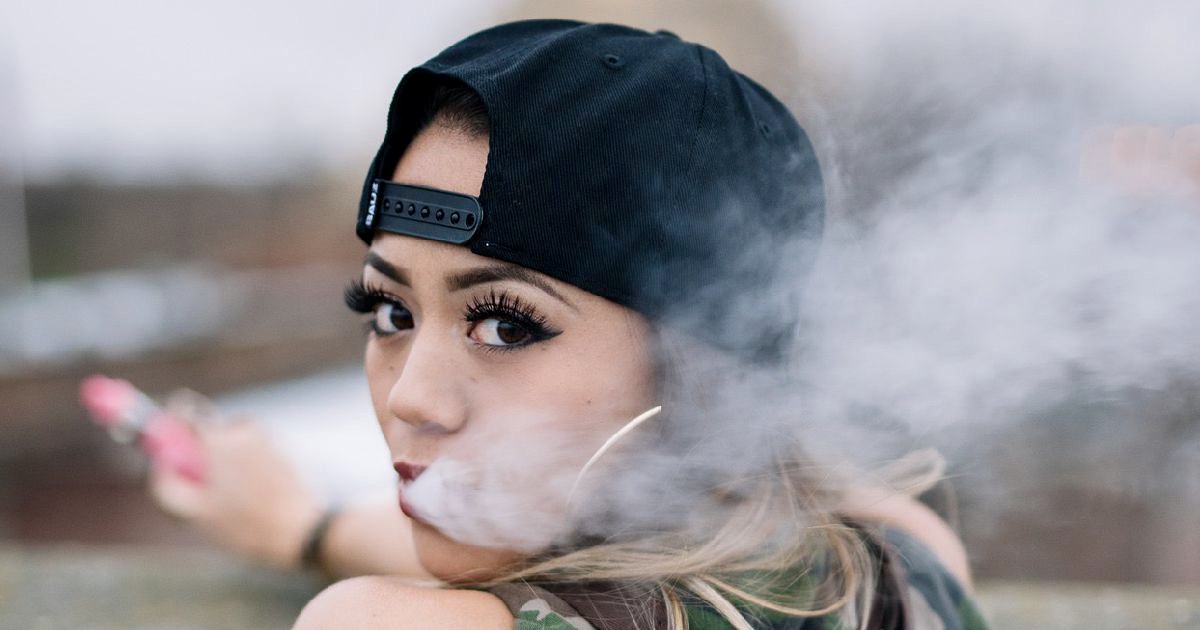 The “Great Vape Scare of 2019” is well underway, as more than 380 people have been diagnosed with a severe lung condition that has been traced back to the use of e-cigarettes and THC vaping devices. So far, seven people have died as a result. But governments rush to ban vape products that may or may not be responsible for causing the damage.

Eager for a solution, President Trump was quick to propose banning flavored vape cartridges on the federal level, while New York Governor Andrew Cuomo announced Sunday that he was seeking an emergency ban on flavored e-cigarettes within the state. But in rushing to outlaw potential culprits of this problem, the government is actually worsening the situation and placing individuals in harm’s way.

The truth of the matter is, if we really want to know how this problem came about—and how it can be solved—we need to take a closer look at the role marijuana prohibition has played in making vape products less safe for consumers.

The Rise of Vaping

Currently, flavored e-cigarettes are bearing the brunt of the public’s fears surrounding the vaping issue, but this blame may be almost entirely unwarranted.

While the first e-cigarette came on the market in 2006, it wasn’t until a handful of years ago that vaping became a mainstream alternative to smoking cigarettes. Walk past any bar on any given weekend and you are now sure to see groups of young hipsters huddled outside, taking drags off their Juuls and other e-cigarettes, as clouds of strawberry- and mint-flavored vapor fills the air. You can now buy JUUL in Canada at 180 Smoke.

Many of these young people have never been traditional smokers; they just like vaping. In fact, a recent study found that fewer young adults are using drugs these days, but more and more have reported using e-cigarettes.

As trendy and cool as vaping has become, it initially appealed to consumers because it offered them what was thought to be a safe alternative to ingesting the toxic ingredients found in every cigarette. Instead of lighting up, users could now vape liquid nicotine, giving them their fix without the threat of developing lung cancer from other chemicals and additives.

While the safety of vaping is now in question, there are some studies that suggest that it is 95 percent safer than smoking. In fact, Britain’s Royal College of Physicians released its findings a few years ago and the results seemed more than hopeful that vaping was a viable alternative to cigarettes.

The study is especially interesting, considering that Britain’s Royal College of Physicians was one of the first groups to link cigarettes to lung cancer—a warning America ignored for several years, mind you.

However, now that there are confirmed deaths linked to vaping, the public has grown understandably concerned. These fears have only been exacerbated by the CDC’s recent warning that, ”people should consider not using e-cigarette products.” Some vape users have become so worried, they’ve taken the CDC’s warning to heart and abandoned their e-cigarettes, choosing instead to switch back to regular cigarettes.

As of now, we still do not have a conclusive answer as to what precisely is causing all these new cases of respiratory illness. We do know, however, that cigarettes cause lung cancer. Yet, the CDC is advising nicotine-dependent individuals to forego vaping, effectively sending them right back into the arms of a known carcinogen. For those young people who vape but who have never smoked, this may draw them into cigarettes, posing severe health problems down the road.

Will the Real Culprit Please Stand Up?

According to a new report that looked at respiratory cases in Wisconsin and Illinois, 83 percent of the patients suffering from this illness admitted to using black market cannabis products. While 17 percent said that they had only used nicotine products, it should be noted that marijuana is still illegal in Wisconsin as well as federally, meaning patients might naturally be more reluctant to admit using it. It is likely, then, that the percentage of cases arising from THC products is higher.

So far, 21 patients in California, all eight in New Mexico, and 24 of 27 patients in Wisconsin have admitted to using black market THC products, while information in other states is still unclear.

And even though the New England Journal of Medicine has suggested that both THC and nicotine products are to blame, as of now, no legitimate vape company has been implicated, giving further credibility to the claims that this is a black market THC problem, not a vape problem.

When you visit a cannabis dispensary in California, Colorado, or Nevada, the products available for purchase list the ingredients used on the package so consumers know exactly what they are getting. And since this is a regulated industry, certain additives are banned from being used in commercially-sold vape cartridges. When you purchase something from the black market, on the other hand, you are not always entirely sure what you are getting.

In order to get the vape liquid to its desired thickness, many black-market producers will “cut” the product with vitamin E oil, which many now believe is to blame for the current crisis. Citing Byrn Mawr chemist Michelle Francl, The Washington Post explains why vitamin E presents such a problem to the respiratory system:

When that vapor cools down in the lungs, it returns to its original state at that temperature and pressure, she said, which means ‘it has now coated the inside of your lungs with that oil.’

Essentially, this oil is turning back into its original state in your lungs after it is inhaled, causing problems for users. While this explanation is consistent with many of the symptoms associated with the reported cases, vitamin E could not be linked to every case of this respiratory illness, which has some cautioning that it is too early to blame this whole debacle on just one additive.

One thing that does seem clear is that the rise of this new lung condition is more closely linked to black market THC than it is to legal nicotine vape products. Which begs the question, why don’t we just legalize cannabis and cut out the black market threat altogether?

What’s to Be Done?

Unfortunately, the government has taken its typical “ban all the things” approach to this problem, even though this tactic is exactly how we ended up in this situation in the first place.

Black market THC vape cartridges, for example, are already illegal. Even in states where cannabis use is legal, you still have to purchase these products from licensed dispensaries. Yet, that hasn’t stopped state entities from proposing more bans on products that are… already banned.

But if more states follow New York’s lead and begin to ban flavored nicotine products along with cannabis products, consumers will just take their business to the black market where they run the risk of coming in contact with these hazardous products. And with an increased demand for flavored nicotine products, it’s likely that more black market dealers will begin dabbling in nicotine as well as THC vape cartridges, putting more people at risk.

If government officials were serious about solving the vape crisis, they wouldn’t waste their time trying to ban nicotine vapes. Instead, they would end federal marijuana prohibition, thereby creating a legitimate market where consumers could safely purchase products.

The reason these illnesses are coming from THC vapes and not nicotine is precisely because the latter is legal while the former is not. By keeping THC illegal, you push consumers and producers underground, where accountability is less likely to occur.

How Much Debt Is Too Much Debt?