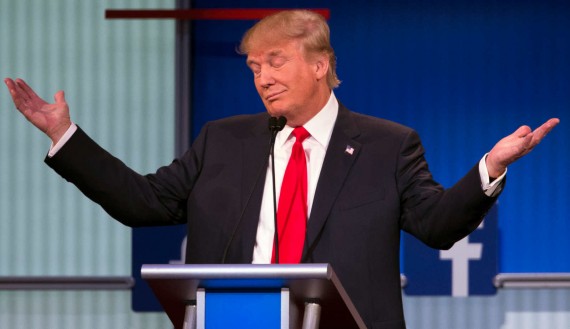 A federal judge ruled partially in favor of a Virginia Republican delegate, blocking the enforcement of a Virginia law binding delegates to support the primary winner at the nominating convention.

Correll said the Trump campaign was “morbidly humiliated” in an interview.

They put all their chips on the table and they lost all of them — if I were them I’d go hide in a closet in Trump Tower,” he said.

Correll also pleaded with others to make the same decision he did.

“To national political figures that are on the sidelines and awaiting your calling, I implore you to take a step forward from the darkness and into the light. Show us that you have the courage to stand for leader of the Free World, appeal to the better angels of our nature, and to deliver this Republic from the abomination of a Donald Trump or Hillary Clinton presidency.”

The ruling, however, may not have been entirely in his favor. The court ruling concerns Virginia law and has no impact on RNC rules, and some experts claim that the rule could only affect Correll. The disagreement over whether delegates are bound to a candidate will be debated at the national convention itself.

The Trump campaign called the ruling a win, saying that the Anti-Trump movement was dealt a “crippling blow.” The campaign also argued that Correll was “soundly defeated” in his attempt to “reject the will of the voters.”

“The court has confirmed what we have said all along: Rule 16 is in effect and thus delegates, including Correll, are bound to vote in accordance with the election results,” Trump Campaign attorney and former FEC Chairman Don McGahn said in a statement. “The court did not buy what Curly Haugland was selling, and noted that his testimony has no support in the rule’s text and was contradicted by his own book, Unbound. This case puts his unbound theory to rest, and is a fatal blow to the Anti-Trump agitators.”

Can ‘Pokemon Go’ Read Your Emails?