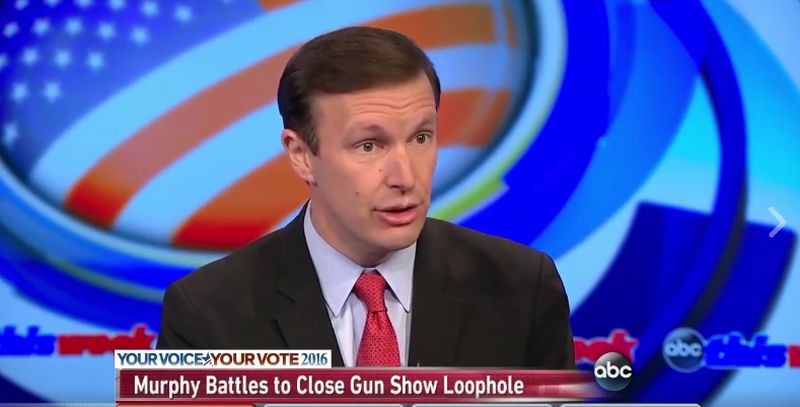 Connecticut Senator Chris Murphy has made headlines through his ardent support for gun control measures following the shooting that left 49 dead in an Orlando gay nightclub. The senator even held a 15-hour filibuster demanding lawmakers preemptively strip individual rights from those who are on secret terror watch lists.

But when pressed on how the measures he is championing would have prevented the Orlando shooting, the San Bernardino attack, or even the Sandy Hook massacre that occurred in Murphy’s state, the senator had nothing substantive to say. The reason is simple: these measures would do nothing to prevent these types of attacks — they only limit the rights of law-abiding citizens.

Murphy has pushed to close the so-called gun show loophole and, more importantly, continues to push to have those on government watch lists banned from buying weapons. Of course, Orlando shooter Omar Mateen was not on a watch list and San Bernardino shooter, Syed Farook, had his neighbor buy the weapons for him.

Watch this video below and tell us what you think of Murphy’s tactics and remarks.

Delegates, Cruz Supporters Talk About How To Oust Trump