Former Cruz Staffers led by Steve Lonegan, a former Cruz backer who recently started an anti-Trump PAC, spoke with hundreds of delegates Monday in a phone call to discuss how to promote the rule change that would unbind delegates on the convention floor in Cleveland.

As many as 1,000 people were on the call, including as many as 250 delegates that have already been selected to represent their states at the convention, according to The Hill. Supporters were asked by leaders of the call to pursue “traditional grassroots campaign” strategies such as calling into local conservative talk shows and writing letters to the editor of their local paper.

The importance of doing the “right thing” was another topic of conversation. ABC reported that some states are prepared to punish delegates for voting outside of their mandate. North Carolina Republicans stated they would fine any delegate who didn’t vote the right way up to $10,000.

Organizers stated that it was important to pass a rule on the convention floor that would enable delegates to become unbound from their state primary results, essentially foregoing the process.

The call was the second in four days. The first call was only attended by a few dozen people, and was primarily a strategy call. Monday’s call was geared more toward informing the community about ways that they could present the idea to the general public.

RNC aides told reporters that the movement to change the rules is “silly,” while Republican front-runner Donald Trump has gone so far as to call the scheme “illegal.”

“What planet is this guy from?” Lonegan told CNN. “Who thinks it’s illegal not to nominate him — who says it’s a coronation?”

The Republican National Convention will be held in Cleveland, Ohio, in July. 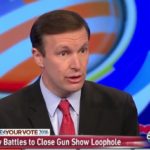