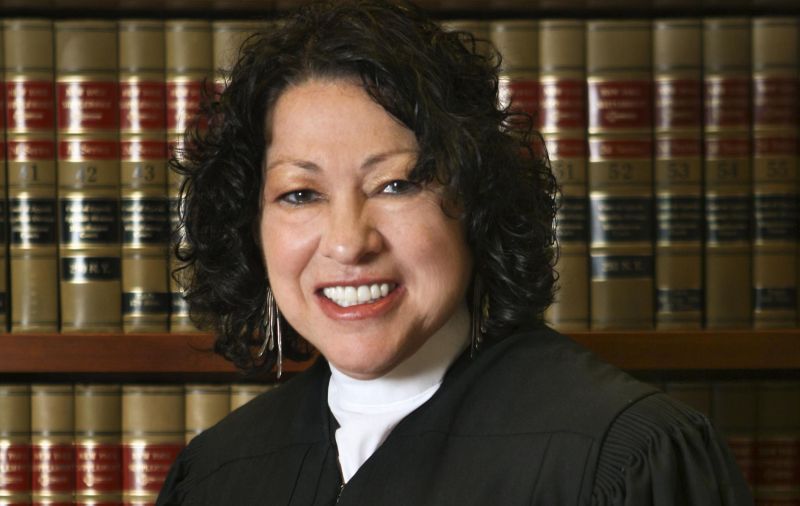 The case, Utah v. Strieff, was occasioned when police stopped Salt Lake City man Edward Strieff on leaving a house suspected to quarter drug activity. The state of Utah concedes the initial stop was illegal, as the officers in question had no probable cause to seize and search Strieff.

During the course of the stop, officers discovered Strieff had an outstanding warrant for a small traffic violation, and methamphetamine in his pocket. The Court was asked to decide whether the exclusionary rule — which prohibits police and prosecutors from using evidence obtained illegally — applies when an officer learns during an illegal stop that there is a warrant for an individual’s arrest, and finds additional contraband while executing the arrest on said warrant.

The High Court ruled 5-3 that the arrest, and the evidence obtained during the arrest, were legitimate, even if the initial stop was not. Justice Thomas wrote the majority opinion, joined by the Chief Justice, and Justices Kennedy, Breyer, and Alito.

“The white defendant in this case shows that anyone’s dignity can be violated in this manner,” she wrote. “But it is no secret that people of color are disproportionate victims of this type of scrutiny. For generations, black and brown parents have given their children ‘the talk’— instructing them never to run down the street; always keep your hands where they can be seen; do not even think of talking back to a stranger—all out of fear of how an officer with a gun will react to them.”

“We must not pretend that the countless people who are routinely targeted by police are ‘isolated,’” she continued. “They are the canaries in the coal mine whose deaths, civil and literal, warn us that no one can breathe in this atmosphere.”

Elsewhere in the dissent, she characterizes the United States as a “carceral state,” and pillories the “civil death” endured by those subject to arrest, a process she describes in vivid terms. She also accuses the Court of treating minority communities as “second class citizens.”

The dissent’s citations are as interesting as the text itself, which read like a survey of the American black literary tradition. At various points, she cites “The Souls of Black Folk,” by W. E. B. Du Bois, Michelle Alexander, a law professor who has written extensively on over incarceration, and the more radical works of James Baldwin and Ta-Nehisi Coates.

Sotomayor has written passionately on racial issues before. Liberal commentators were effusive in their praise of her dissent in Schuette v. Coalition To Defend Affirmative Action, among the most widely read of the Court’s opinions in recent years.

“Race matters to a young woman’s sense of self when she states her hometown, and then is pressed, ‘No, where are you really from?’, regardless of how many generations her family has been in the country,” she wrote. “Race matters to a young person addressed by a stranger in a foreign language, which he does not understand because only English was spoken at home. Race matters because of the slights, the snickers, the silent judgments that reinforce that most crippling of thoughts: ‘I do not belong here.’”

Liberals observers lionized the dissent within minutes of its publication. Lawyer and journalist Glenn Greenwald said the opinion is a “perfect illustration of why diversity matters.” Adam Bonin, a Philadelphia attorney and DailyKos blogger, called it “epic and important.” “It’s a Brown/Black Lives Matter manifesto,” he added.