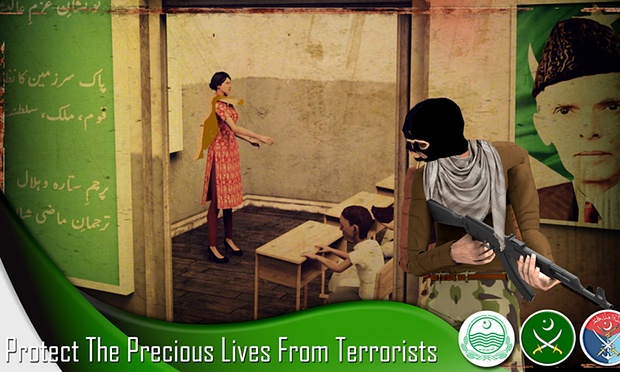 A video game commissioned as part of a campaign to mark the one year anniversary of the Army Public School shooting in Pakistan has been withdrawn after recent backlash. The game, played within the school that was ambushed, asks the player to “protect precious lives from terrorists.”

As reported by The Guardian:

Although it had been available to users of Android mobile devices for some time it only attracted public attention on Monday when Dawn, one of the country’s leading newspapers, ran a review on its website that declared the game “failed on every front”.

Online readers were as unimpressed as the reviewer, with many lambasting it as disrespectful to the dead. “Making a game out of the nation’s most gruesome tragedy is adding salt to the injuries of not only the families of the martyred children but the entire nation,” one commenter wrote.


The December 2014 attacks took the lives of over 130 Pakastani children.