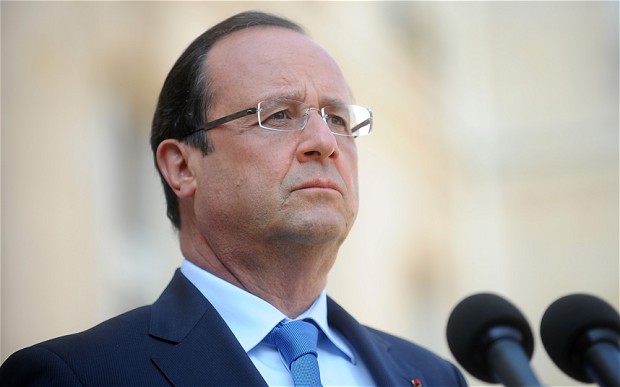 French President Francois Hollande declared a “state of economic and social emergency” during his annual speech to business leaders Monday.

Hollande laid out plans for training half a million jobless workers, greater use of apprenticeships, and aid for companies that hire young workers.

Hollande’s Socialist government has struggled to boost long-stagnant French growth or reduce chronic unemployment, which has been around 10 percent for years. His chances of winning a potential second term may hinge on whether jobs pick up before next year’s presidential vote.

Hollande stressed the urgency of updating France’s labor-friendly business model in an increasingly border-free, online economy. The measures included a loosening of France’s rigid working time rules, and a bonus of 2,000 euros to small businesses that hire young people.

He stressed the need to integrate youth from France’s troubled suburbs, including minorities who face job discrimination, into the global economy. High unemployment in France’s North African and African communities is seen as one of the factors driving some youths to violent extremism or the drug trade.

Parliament will be presented with a draft of economic reforms in the coming weeks.