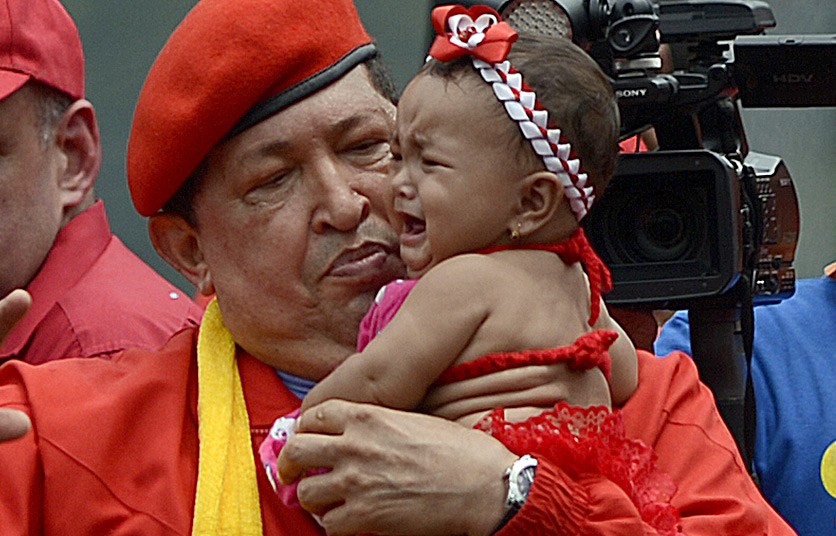 Currently, Venezuela is one of the most notable case studies of the failures of socialism and interventionist economic models. An oil rich country that enjoyed high levels of economic growth and stability from Post World War II to the 1980s, it is now descending into veritable Banana Republic status. Plagued by high levels of inflation, scarcity of basic goods, and public disorder, Venezuela is on the verge of economic and societal collapse. Brace yourselves, things are only getting worse.

To make matters worse, the latest reports indicate that diaper scarcity is so acute that buyers must present their ID along with their child’s birth certificate to buy diapers. Up until now, there has been no official announcement on the requirements to buy this product. However, various reporters in the Venezuelan state of Zulia have witnessed on numerous occasions signs at supermarkets that note these requirements.

None of these scarcity developments are a coincidence. Nor are they the result of greedy businessmen hoarding goods and services from the Venezuelan populace. These are the results of the Venezuelan government’s blatant violation of basic economic principles.

Starting in 2003, populist President Hugo Chavez began placing a series of price controls on food and other basic goods. As a result, shortages of these basic goods ensued. The Venezuelan government’s response was not only more price controls, but the deployment of military forces in stores to ensure that people stay in line and comply with the limits on what they can buy.

One of the most basic violations of economics, price controls always lead to distortions in the market system. Prices communicate to buyers and sellers of the relative scarcity of all products, thus informing them what to buy and sell. On the other hand, imposed prices distort these signaling mechanisms, which result in shortages. Black markets then emerge to meet the demands of consumers, as firms that would otherwise exist under normal market conditions go out of business.

The rise of black markets always results in more government intervention. Going beyond the scope of economics, price controls are ultimately a form of people control. As the State grows, its distortions create economic and social unrest; thus necessitating more State intervention not only in the economy but in the social sphere as well.
// <![CDATA[

// ]]>
What would otherwise be a peaceful marketplace where goods and services are exchanged, has now turned into a militarized checkpoint where people wait in line like beggars to buy their State-approved scraps of food and services. This is the Venezuela of today.

Those who live in the developed, First-World should never rest on their laurels. This nightmare that Venezuela is experiencing can easily become a reality in those very nations if they do not keep their government in check. One must remember that Venezuela once had functioning democratic institutions and enjoyed a high standard of living when compared to the rest of Latin America. Socialism does not discriminate between the First World and the Developing World. It hurts everyone equally.

Ideas matter. For Venezuela to bounce back from this mess, it must have public officials, intellectuals, and entrepreneurs that understand the principles of a free society and liberty. Like the Chicago Boys in Chile, they must be willing to take measures that will face tremendous opposition. Luckily, there is no need for military intervention or dictatorial measures to ensure economic growth. With mediums such as the Internet and educational foundations such as FEE, Mises Institute, and the Cato Institute, there is more than enough information available for those who want to rebuild Venezuelan society from the ashes.

It’s only a matter of building the political parties, foundations, and civil society institutions necessary to make this change happen. A tall task indeed, but history has shown that mankind is capable of making the impossible possible.

Ultimately, the power is in your hands.

Scientists Warned The Polar Ice Caps Were Melting … In 1952