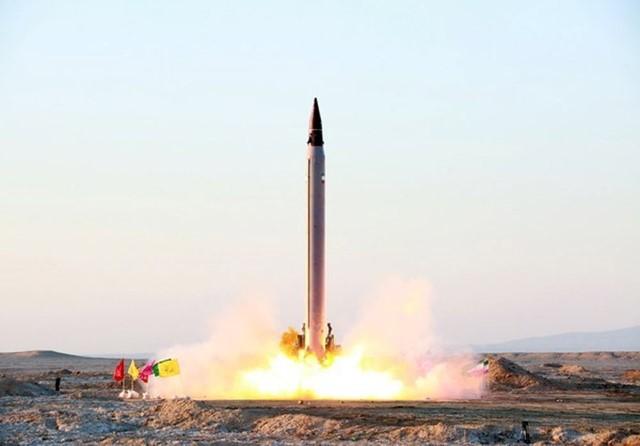 The US military is considering shooting down North Korean missile tests as a show of strength to Pyongyang, two sources briefed on the planning have told the Guardian.

The defense secretary, James Mattis, has briefed Congress on the option, but the military has not yet decided to intercept a test missile, said the Guardian.

One US official said the prospective shoot-down strategy would be aimed at occurring after a nuclear test, with the objective being to signal Pyongyang that the US can impose military consequences for a step Donald Trump has described as “unacceptable,” according to the Guardian.

There are many officials however, who see a large risk in utilizing such a provocative approach to the reclusive country.

“I would see such an action as escalatory, but I couldn’t guess how Kim Jong-un would interpret it,” said Abraham Denmark, the senior Pentagon policy official for Asia in Obama’s administration, reports the Guardian.

“But I would be concerned he would feel the need to react strongly, as he would not want to appear weak.”

Both sources said the military was not considering the use of a high-profile missile-defense system the US is providing to South Korea, known as the Terminal High Altitude Area Defense (Thaad). Thaad’s 200km range and sophisticated radar have unnerved China, whose president, Xi Jinping, has been coaxed by Trump into pressuring North Korea, said the Guardian.

Instead, the sources tell the Guardian that the military was looking at attempting a missile shoot-down with an Aegis missile-defense system aboard a US navy destroyer; or by convincing Japan to use its own missile-defense capabilities against a ballistic missile test traversing Japanese waters.

Gary Ross, a Pentagon spokesman, said: “We are exploring a new range of diplomatic, security, and economic measures and all options are on the table, reported the Guardian.

“North Korea’s unlawful weapons programs represent a clear, grave threat to US national security. North Korea openly states that its ballistic missiles are intended to deliver nuclear weapons to strike cities in the United States, the Republic of Korea, and Japan.”

There is some concern over using the Aegis approach however, as the Guardian reports that the risk of embarrassment should Aegis interceptors miss a North Korean target, which might embolden Pyongyang and unnerve US regional allies.

Patrick Cronin, senior director of the Asia-Pacific Security Program at the Center for a New American Security, agreed saying it would create a “psychological advantage” for North Korea, according to the Guardian.

Cronin said the US was “far more likely to try to jam a missile test to ensure it does not fly far from the peninsula.”

Ross, the Pentagon spokesman, called on North Korea to abandon “provocative, destabilizing actions and rhetoric” and for China to use its “unique influence” to compel Pyongyang to abandon its illicit weapons.

“Our commitment to the defense of our allies, including the Republic of Korea and Japan, in the face of these threats, is ironclad,” he said, according to the Guardian.