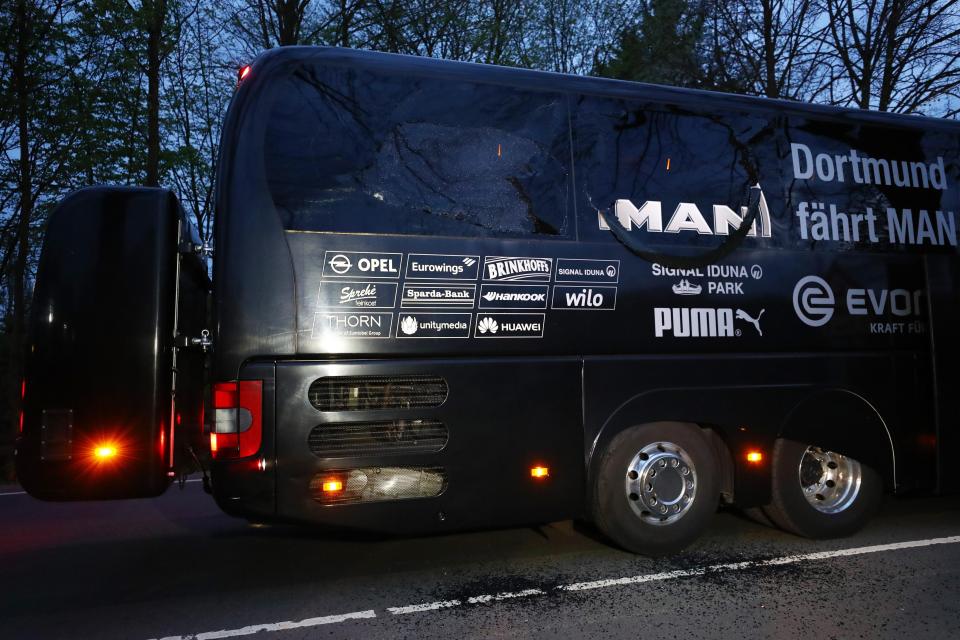 The sole suspect arrested after the attack on soccer team Borussia Dortmund’s bus is believed to have led a unit of Islamic State fighters in Iraq, Germany’s federal prosecutors said Thursday.

Prosecutors are seeking an arrest warrant to keep Abdul Beset A. in custody despite finding “no evidence” linking him to the crime. The suspect, a 26-year-old Iraqi citizen, was reportedly the commander of a 10-fighter unit that carried out kidnappings and executions in Iraq. He will appear in court Thursday.

“The investigations have so far resulted in no proof that the suspect had taken part in the attack,” prosecutors said in a statement.

Three “serious explosions” went off by Dortmund’s team bus Tuesday as the players were about to head to the stadium for the Champions League quarterfinal against AS Monaco. Spanish defender Marc Bartra broke his wrist as a result of the explosions and had to go to the hospital.

Police are investigating an Islamist background to the attack after finding a letter close to the scene. (RELATED: Letter Declares Athletes Are on ISIS ‘Death List’ After German Soccer Team Is Targeted)

The letter starts with “In the name of Allah the merciful” and goes on to address Chancellor Angela Merkel directly.

“You obviously aren’t bothered about your dirty little subjects,” the letter reads, according to Die Welt. “Your Tornados continue to fly over the ground of the Caliphate to murder Muslims.”

The letter further states sports stars and public figures “in Germany and other crusader nations” are on a “death list of Islamic State,” tabloid Bild reports.

The threat against public figures will last until German planes are withdrawn from the war zone in Syria and the U.S. air base at Ramstein is closed, the letter declares.

WSJ: U.S. is a Giant Insurance Company with an Army