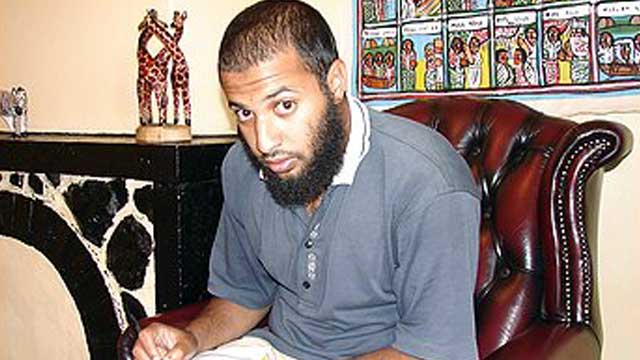 Effects of the War on Terror on U.S. citizens, such as surveillance, secret interrogations, and being detained without charges, are becoming increasingly visible.

[dropcap size=small]W[/dropcap]e are told by hawkish politicians and their intelligence agency apparatus cheerleaders that increased homeland security measures are for catching terrorists. But Amir Meshal found out first hand how rampantly using such tactics can eventually lead to U.S. citizens’ constitutional rights being sacrificed. Meshal saw that being detained and interrogated without charges by his own American government is possible, regardless of Fourth Amendment protection.

Born in New Jersey to parents of Egyptian descent, Meshal remains “deeply traumatized” after his detainment where FBI agents mentally and physically abused him during interrogation for four months. In early 2007, he fled to the Somalia-Kenya border after fighting broke out in Mogadishu during his trip. Joint U.S.-Kenyan counterterrorism operators took him into Kenyan custody where FBI agents denied him access to a lawyer, a court, or any legal process.

FBI agents forcefully attempted to get a confession of al Qaeda allegiance from Meshal, and when this proved unsuccessful, they released him four months later without ever charging him of a crime. Meshal has since sued several of the FBI agents who interrogated him, but his case was dismissed in district court. The judge decided there was no existing legal precedents that allow U.S. citizens legal remedy after mistreatment by the government in matters of national security.

Now, Meshal’s lawyers are arguing to a three-judge panel of the U.S. Court of Appeals, D.C. Circuit. If the courts continue to throw out his case, millions of Americans who live, work and travel abroad, won’t have judicial recourse if illegally detained by any U.S. law enforcement agency.

Meshal’s story, along with the recent revelation by The Guardian of a black site in Chicago used by police that mimics those used by the CIA for foreign terrorists overseas, adds to the implications of the War on Terror on U.S. citizens’ civil liberties. Everyone likes the idea of a prison in Guantanamo Bay used for suspected terrorists who are denied access to the judicial process, until it becomes an inspiration for their own law enforcement.

Furthermore, additional surveillance practices used by the NSA on American citizens continue to be unveiled by Snowden’s documents — most recently shedding light on how they convert spoken words into searchable text. The bulk listening ability of the NSA continues to grow as a bipartisan coalition in Congress is attempting to fight back during a reauthorization vote at the end of the month.

All of these violations of the Fourth Amendment first started as an innocent attempt to keep Americans safe. But now we are less free and less safe; we are spied on and kidnaped by the very institutions that promise to be protecting us.

That’s why we must Restore the Fourth [Amendment].

Instead of relying on the government to keep us free or ‘safe,’ we must remember that what keeps citizens unharmed in a free society is the rule of law and privacy. When justice is abandoned for the expediency of warrantless surveillance or detainment, we will find ourselves at the mercy of the largest institution with the capacity for violence: the government.

Dear Joss Whedon: Social Justice Warriors Don’t Have to Be Your Audience. SJW’s Are Over.