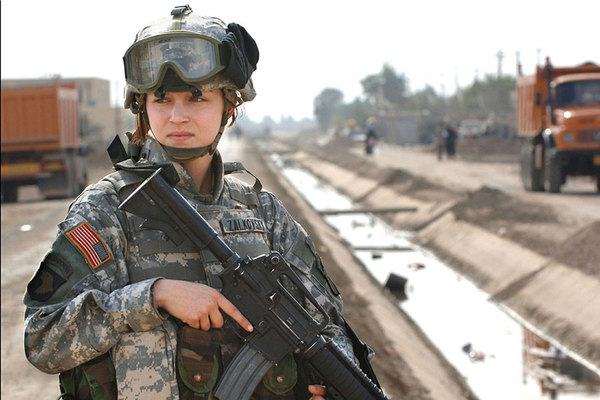 A new Rasmussen Reports poll indicates 52 percent of women don’t believe they should be subjected to the draft, but 61 percent of male voters are definitely interested in seeing women sign up for Selective Service.

Rasmussen found 49 percent of likely voters in the U.S. believe women should have to sign up for Selective Service, though 44 percent disagree.

As expected, when polling numbers are broken down by gender, significant differences emerge. For starters, 61 percent of male voters think women should have to sign up for the draft, but only 38 percent of female voters think the same, and 52 percent oppose the measure outright.

An additional 10 percent of female voters are undecided on the issue.

The question of drafting women has dominated public debate over the past couple of weeks following a Senate Committee on Armed Services hearing, in which top generals from the Marine Corps and Army said they supported the idea of women being subject to the draft, which appears to be a logical extension of Defense Secretary Ash Carter’s decision to open all combat roles to women.

Legislators are divided on what to do about the possibility of drafting women. GOP Reps. Duncan Hunter and Ryan Zinke introduced legislation to force women to sign up for the draft, though the legislation is somewhat tongue in cheek, as the main point of the bill is to illustrate that drafting women is an absurd, albeit expected consequence of allowing women access to all combat roles. Hunter is not even sure he’ll support his own bill when the time comes.

GOP Sen. Mike Lee, on the other hand, wants to make sure only Congress has the authority to decide whether the draft should be expanded to include women. He emphatically does not want the Supreme Court to reverse its 1981 decision which kept women out of the draft.

“The Court’s rationale for saving the law is gone,” Conn Carroll, communications director for Lee, told The Daily Caller News Foundation. “This creates a danger that the Court, just like they did in Obamacare, could rewrite the law to save it. The Court could hold that times have changed and that women must sign up for draft just like men. This bill stops that be restating current law and making clear that only Congress, not the courts or Obama, can change the law and force women to sign up.”

Sen. John McCain, on the other hand, agrees with drafting women and has referred to it as completely “logical.”

Rasmussen conducted the poll from Feb. 3-4, using a sample size of 1,000 likely voters. The poll has a margin of error of plus or minus 3 percentage points. 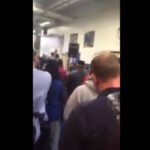 Watch What Happens When 1,400 People Are Told Their Jobs Are Going To Mexico 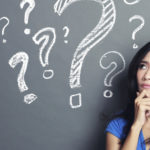