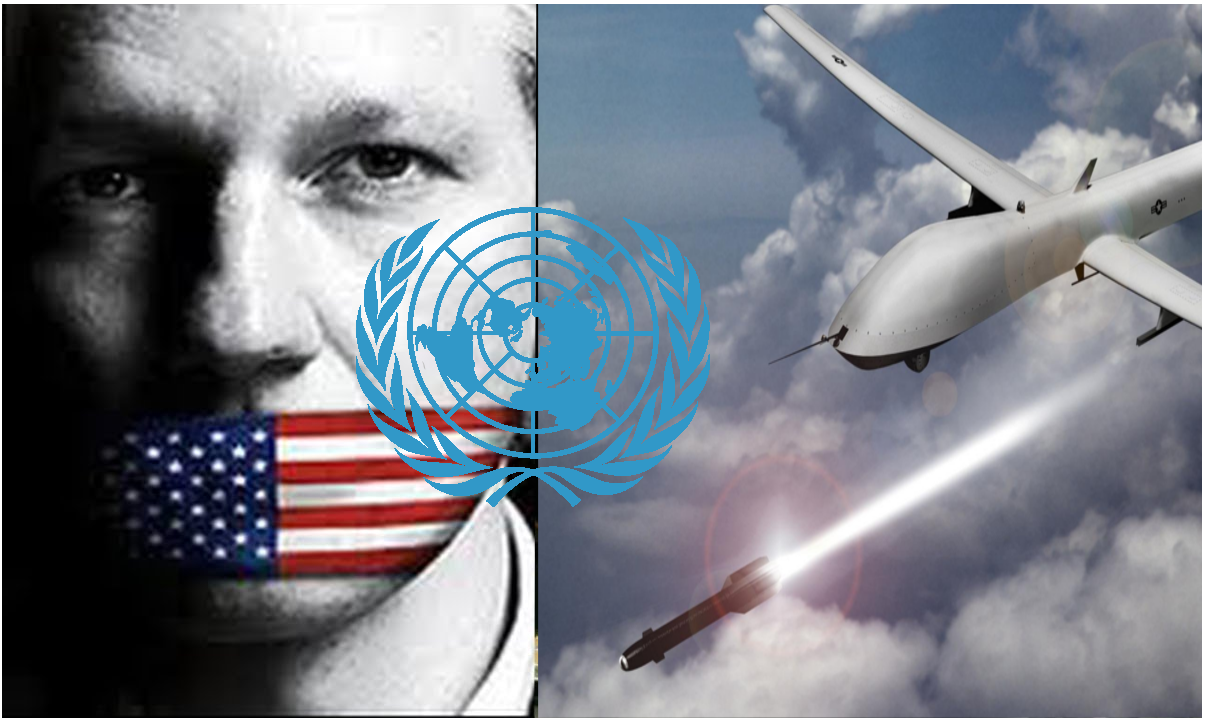 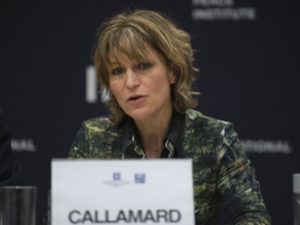 In all the uproar over the leaked documents showing that Democratic nominee for President Hillary Clinton allegedly saying, “Why can’t we just drone this guy?” in reference to silencing Wikileaks, and its editor/founder Julian Assange, the United Nations (UN) felt the need to weigh in.

On Monday, the UN released a statement essentially saying that the targeting or “taking out” of Assange by military drone strike would be a criminal violation of international human rights. Dr. Agnes Callamard, UN Special Rapportuer on Extra-Judicial Executions in an interview with True Pundit (TP) explained the following:

A State could theoretically seek to justify the use of drones by invoking the right to anticipatory self-defence against a non-state actor and by arguing that it had no means to capture their targets or cause another state to capture the target. To do so, the State would have to demonstrate an ‘instant, overwhelming, leaving no choice of means and no moment of deliberation’ necessity. This is not only a very high threshold to meet; it is also impossible to see how this could be used or justified in the case of Mr. Julian Assange.

Callamard, when asked by TP if she knew of the story previously written by the publication mentioned that she had “no knowledge” of the assertions, but that she was aware of  the generalities of using a drone strike to silence someone of Assange’s global stature. She stated, “the use of drones for targeted killing outside the context of armed conflict, is almost never likely to be legal and to meet human rights law limitations on the use of lethal force.”

“As importantly, and as repeatedly demonstrated in the context of armed conflicts, the accuracy of drones killings leave a lot to be desired, resulting in collateral civilian deaths and injuries,” Dr. Callamard said. “This is a risk that cannot be justified under international human rights law — in contrast with international humanitarian law: drone killing of anyone other than the target, such as family members, friends, passers-by, would amount to an arbitrary deprivation of life, that is a violation of human rights law, and could result in State responsibility and individual criminal liability.”

Beyond just Callamard and the UN’s sentiments of a drone strike being a violation of international human rights, a drone strike against a sovereign nations embassy would most definitely be seen as an act of war. Not that that would seem to have ever dissuaded the war-happy Clinton from any actions in the past.

RELATED: Clinton On Assange: “Why Can’t We Just Drone This Guy?”